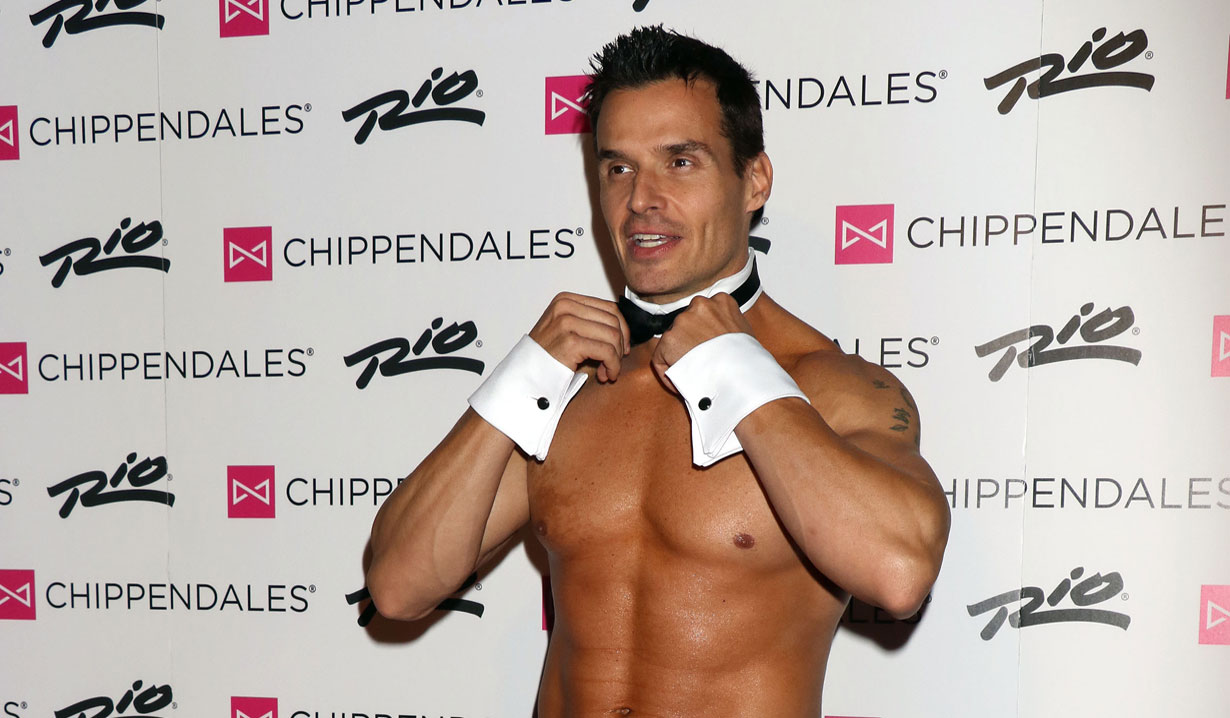 Soaps.com has a few new updates for former/recurring daytime stars of “The Bold and the Beautiful,” “Days of our Lives,” “General Hospital” and “The Young and the Restless,” which include a soap star turned Chippendale, a new dance show, a stage appearance, an inspirational YouTube channel, wedding and baby news and more.

Antonio Sabato Jr. becomes a Chippendale.
Former soap star Antonio Sabato Jr. has signed on to be a celebrity guest host for the Las Vegas Chippendales. As reported by People fans will get to see him in the signature cuffs and collar from Thursday May 5 through Sunday June 5 at the Rio All-Suite Hotel and Casino at 3700 West Flamingo Road in Las Vegas, Nevada. For tickets to a performance, as well as rules for attendees, please visit the Rio All-Suite Hotel and Casino. Sabato Jr. played Jagger Cates on “General Hospital” on and off from 1992 to 1995 and on “General Hospital: Night Shift” in 2008. He also appeared on “The Bold and the Beautiful” as Dante Damiano from 2005 to 2006 and worked as a special correspondent on “Entertainment Tonight” from 2008 to 2015.

#Vegas here I am

I've never known a love like this. He's pure magic. #Sebastian #MochaViking #Love #Magic #ImAmommy #MySon ?? Thank you for all the love. We feel all of it ??

Sebastian La Cause in The Unauthorized Musical Parody of The Devil Wears Prada.
Sebastian La Cause has appeared in daytime in such roles as Silvio, Stefano’s henchman, on “Days of our Lives” (2012), a stripper on “One Life to Live” (2005), a bartender on “All My Children” (2005) and can be recognized for playing Fahri on “Orange is the New Black.” The actor can currently be seen onstage in the Rockwell Table & Stage production “The Unauthorized Musical Parody of the Devil Wears Prada,” based on the 2006 film surrounding the demanding editor-in-chief of a fashion magazine, Miranda Priestly, and her assistant Andy. La Cause will play a sexy, seductive writer named Christian Thompson and will only appear in the Friday and Saturday performances through April. Tickets can be purchased, with performances taking place at, Rockwell: Table & Stage at 1714 North Vermont Avenue in Los Angeles, California.

Jenna Dewan Tatum and husband Channing Tatum’s dance competition series.
“The Young and the Restless” alum Jenna Dewan Tatum (Donna, 2004) has partnered with her husband Channing Tatum (“Magic Mike” franchise) and NBC to executively produce and judge in an upcoming dance competition series. It’s no secret that the couple has chemistry on and off the dance floor, having co-starred in the 2006 film “Step Up.” In January The Channings faced off on Lip Sync Battle, where Jenna gave Channing a lap dance. Though Channing will only turn up now and then on the yet-to-be-named series, Jenna will be a regular presence as a mentor and judge. Stay tuned for the six episode series premiere date.

Max Ehrich’s new YouTube channel, MV.
“The Young and the Restless” recurring actor Max Ehrich (Fenmore Baldwin), along with his girlfriend Veronica Dunne (“K.C. Undercover”), launched a new YouTube Channel, MV, on Thursday March 31. Of the project, the couple invites fans to join them on their journey and stated, “We decided to start our own channel to share our lives and interact with you all! We look forward to going on this journey with you! Let’s spread love, art, music, and peace together!” Not only was Ehrich nominated for a 43rd Annual Daytime Emmy in March, he also stars as Freddie Ridge on Hulu’s The Path.

Tatyana Ali expecting first child with fiancé Dr. Vaughn Rasberry.
Tatyana Ali (“The Young and the Restless'” Roxanne, 2007 to 2013; “The Fresh Prince of Bel-Air”) is not only getting married to her fiancé, Dr. Vaughn Rasberry, this summer, she’s pregnant with their first child. ET has learned that the couple has enlisted wedding planner to the stars, Michael Russo, to help prepare for their special day. She also revealed that the couple met online a year and a half ago and Rasberry proposed to her in a picturesque clearing in the Redwoods in Yosemite, California. Soaps.com sends the couple our very best! Ali recently appeared as Ashley King on BET’s “Zoe Ever After.”

Thanks so much everyone for all the well wishes!!! Looks like this is going to be a really full year ? pic.twitter.com/Edb7gTBjB5

Leave all requests for actor updates in the comments.