B&B, Days, GH and Y&R Stars: Where are they now? Fans wonder about Rick Hearst, as Andrea Evans takes the stage 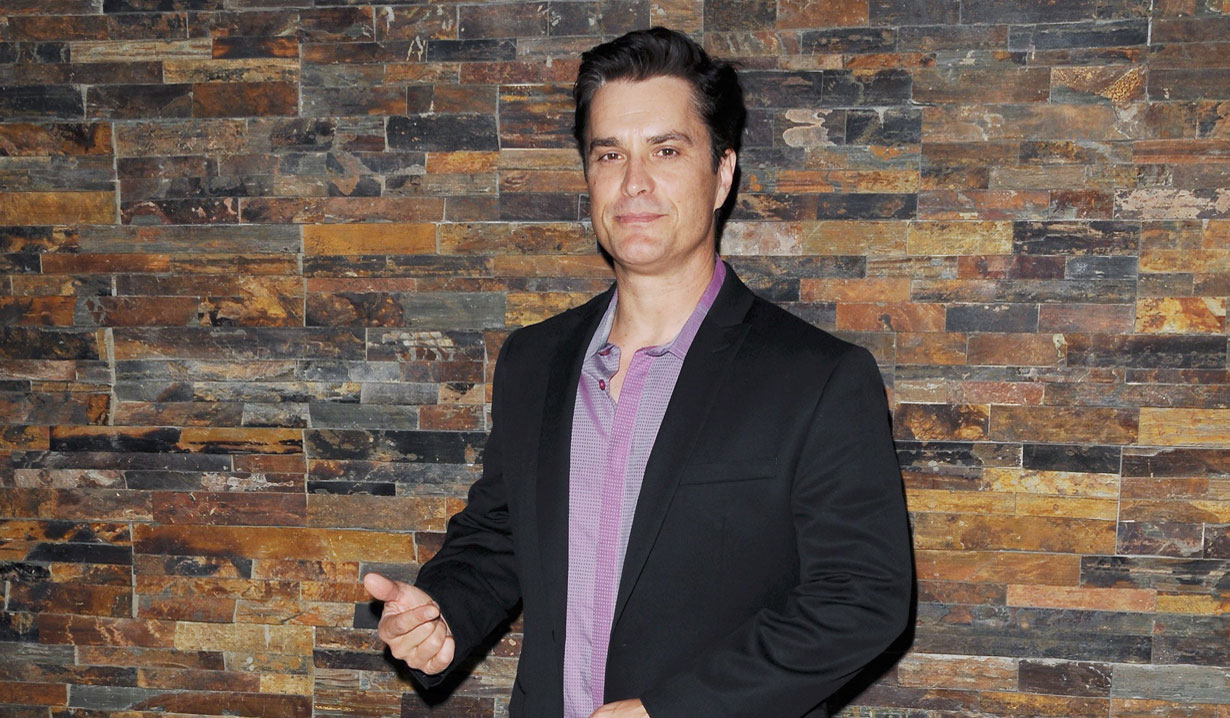 In this week’s column Soaps.com has found a stage appearance, a Syfy sequel, passings, a cancellation, fan Q&As, engagement news and more surrounding the goings-on of actors from “The Bold and the Beautiful,” “Days of our Lives,” “General Hospital” and “The Young and the Restless.”

Andrea Evans onstage in Dinner at Home Between Deaths.
Daytime veteran Andrea Evans will be taking the stage in the play “Dinner at Home Between Deaths” at the Odyssey Theatre Ensemble at 2055 South Sepulveda Boulevard in Los Angeles, California. The production, labeled as a pitch-black comic thriller, will take the audience on a journey of how eroding ethics affect the American Dream and the identity of those trying to live it – and it all begins when a man tells his wife that they are leaving their current home in New York and moving to explore his family’s roots in Ireland. Showtimes run from Saturday April 2 through Sunday May 8. For tickets visit the Odyssey Theatre or call the box office at 1-310-477-2055 ext. 2. Evans played the role of Tawny Moore (Amber’s mom, Adrienne Frantz) on “The Bold and the Beautiful” on and off from 1999 to 2011 and crossed over to “The Young and the Restless” in 2010. She also played Rebecca Hotchkiss on “Passions” from 2000 to 2008 and will be most remembered as Tina Lord Roberts on “One Life to Live” (1979 to 2011).

Tara Reid and David Hasselhoff return for Sharknado 4.
Soap alums Tara Reid and David Hasselhoff are reuniting for a fourth installment of the made for television Syfy sequel “Sharknado 4.” Hasselhoff, best known in daytime as “The Young and the Restless'” William ‘Snapper’ Foster (1980 to 2010) will reprise the role of Gil Shepard with Reid (“Days of our Lives'” Ashley, 1995) returning as April Wexler. Former “Guiding Light” and “90210” actor Ian Ziering (Cameron Stewart, 1988) also returns as Fin Shepard. Popular actors to make first time appearances in the franchise include Gary Busey (“Mr. Box Office”) as April’s dad Wilford Wexler, Tommy Davidson (“The Proud Family”) as Aston Reynolds and model/actress Cheryl Tiegs (“Family Guy”) as Fin’s mom Raye Shepard. Set to premiere on the Syfy network in July, the story picks up five years after the July 2015 installment “Sharknado 3: Oh Hell No!” and what starts out as calm waters quickly turns to more shark-infested destruction.

.@TaraReid is ready to take down the 'Nado at any cost. Happy #InternationalWomensDay from #Sharknado. ?? pic.twitter.com/ZYOHXdNo9O

Brianna Brown is engaged.
“General Hospital” alum Brianna Brown (Lisa Niles, 2010 to 2015) is engaged. The actress took to Twitter to show off her ring and her fiancé Director Richie Keen (“It’s Always Sunny in Philadelphia”), who she also calls her best friend. Soaps.com wishes the couple our best! Since leaving daytime Brown appears as Taylor Stappord on “Devious Maids” (2013 to 2015) and was cast in Freeform’s pilot Stay as Eva.

Grateful that I'm getting hitched to my best friend! @RichieKeen #engaged #love pic.twitter.com/Pf30I0f3rl

Natalia Livingston is engaged.
Natalia Livingston, best known for her “General Hospital” role as Emily Quartermaine (2003 to 2009), is off the market as well. The actress announced the exciting news and shared a photo of the ring and her handsome fiancé via Twitter on Wednesday March 23. Soaps.com sends the couple many years of happiness! In 2011, Livingston returned to daytime as Taylor Walker on “Days of our Lives” and played Liza Park in “Tainted Dreams.”

Mary Jo Catlett guest-stars on The Odd Couple.
Mary Jo Catlett will turn up in the season two premiere of CBS’ “The Odd Couple” on Thursday April 7 at 8:30 PM. In the episode titled “All About Eavesdropping,” the actress plays an elderly woman as Oscar (Matthew Perry, “Friends”) and Felix (Thomas Lennon, “Dawn of the Croods”) become obsessed and try to help their bickering neighbors save their marriage. The former soap actress had roles on “General Hospital” as Mary Finnegan (1989 to 1990) and “Days of our Lives” as Bev (2009) and has also voiced Mrs. Puff on “SpongeBob SquarePants” since 1999.

What’s Rick Hearst been up to?
“General Hospital” fans have been wondering what’s been keeping Rick Hearst’s Ric Lansing away from Port Charles these days. The actor was last seen in the recurring role on the November 10, 2015 episode, representing Sonny Corinthos who lost custody over his daughter Avery to Ava Jerome. Though there hasn’t been much news surrounding his goings-on, he did tease via Facebook on that same day in November of a new project in the works – also involving his daytime co-star Derk Cheetwood (Max Giambetti). Cheetwood followed up with a Twitter tease on February 13 about the project. Stay tuned! Last week, Hearst received a Daytime Emmy nomination for his “Youth Daze” role as Mr. Ryan in the Outstanding Actor in a Digital Drama Series category.

I've been working on a "pet project" of mine with my good friend and colleague Derk Cheetwood. Details to follow. Hint:…

exciting project coming together ever wonder what it takes to get started in Hollywood as an actor? Stay tuned…. pic.twitter.com/Ip6Nfen5Y3

White Shadow, White Knight, a beautiful, talented, FUNNY man. I was so lucky to work with him. It was my honor #RIP Ken Howard ?

Very sad to hear of the passing of Ken Howard. A brilliant actor, a true professional, a lovely man. I was lucky to know and work with him.

Vanessa Marano’s Switched at Birth canceled.
Vanessa Marano left daytime in 2010 after landing the role of Eden Gerick Baldwin on “The Young and the Restless” in 2008. She went on to have a successful primetime career with roles on such series as “Medium,” “Scoundrels,” “Marry Me,” “Dexter,” Grey’s Anatomy and “NCIS: New Orleans” and has played Bay Kennish on Freeform’s “Switched at Birth” since 2011. Unfortunately, due to dwindling ratings the series will end after the upcoming fifth season, which will consist of ten episodes, one being a milestone 100th, and a ninety-minute finale. “Switched at Birth” show creator Lizzy Weiss let fans know that the series will not be back for a final season until 2017. Marano also narrated the series “Boys are Stupid,” Girls are Mean” from 2012 to 2013.

I'll tweet this on a Friday night when no one is listening. We won't be back til 2017, I'm not sure exactly when. BUT WAIT FOR US.

Congrats to the cast and crew of #SwitchedatBirth on their 100th episode! ??? @switchedatbirthtv

If we didn’t touch base on one of your past favorites, leave Soaps.com a comment and we’ll see what we can uncover.