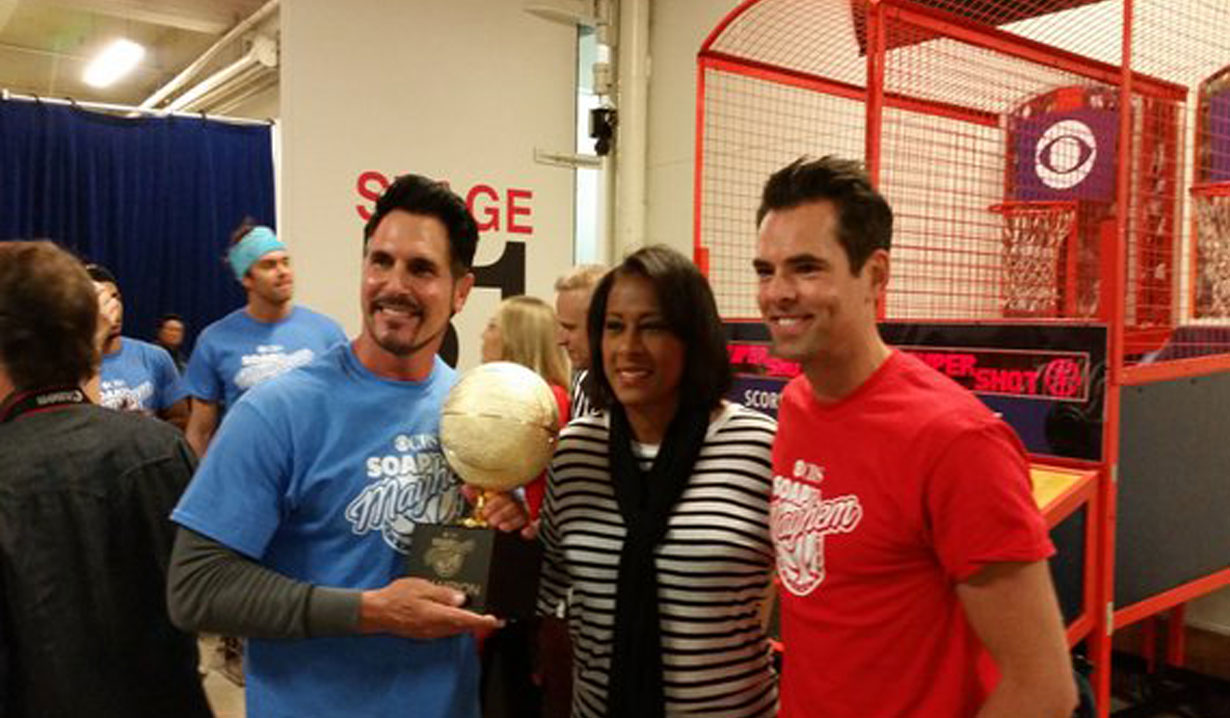 In today’s competition, “B&B’s” Reign Edwards (Nicole) got things started by singing the national anthem and the event ended with her co-star Don Diamont (Bill) taking home the ultimate win for his soap!

The lovely @reignedwards from @BandB_CBS sings the national anthem for us! #CBSSoapMayhem #yr #boldandbeautiful pic.twitter.com/vnXUKSkWq5

Actors from “The Bold and the Beautiful” and “The Young and the Restless” are getting ready for this year’s March Madness event in a big way. Members of both soaps will compete against each other on Thursday March 10 in CBS’ Soap Mayhem Basketball Tournament on the network’s Facebook page beginning at 11:30 AM. The live-streaming event will be refereed by “The Price is Right” announcer George Gray.

Whoever makes it to the top from each soap will then face off against each other for the sole win!

There will be a live Twitter event via the team captains: “B&B’s” Linsey Godfrey (Caroline) and “Y&R’s” Christian LeBlanc (Michael), who will keep fans in the loop during each competitive minute through the shows’ social media accounts @BandB_CBS and @YandR_CBS. Don’t forget to chat up @soapoperafan during the mayhem.

Who will make it to the finals to represent their soap? Cheer on your favorites and please take note of this year’s March Madness soap opera pre-empts, which will mean some downtime for your CBS soaps.