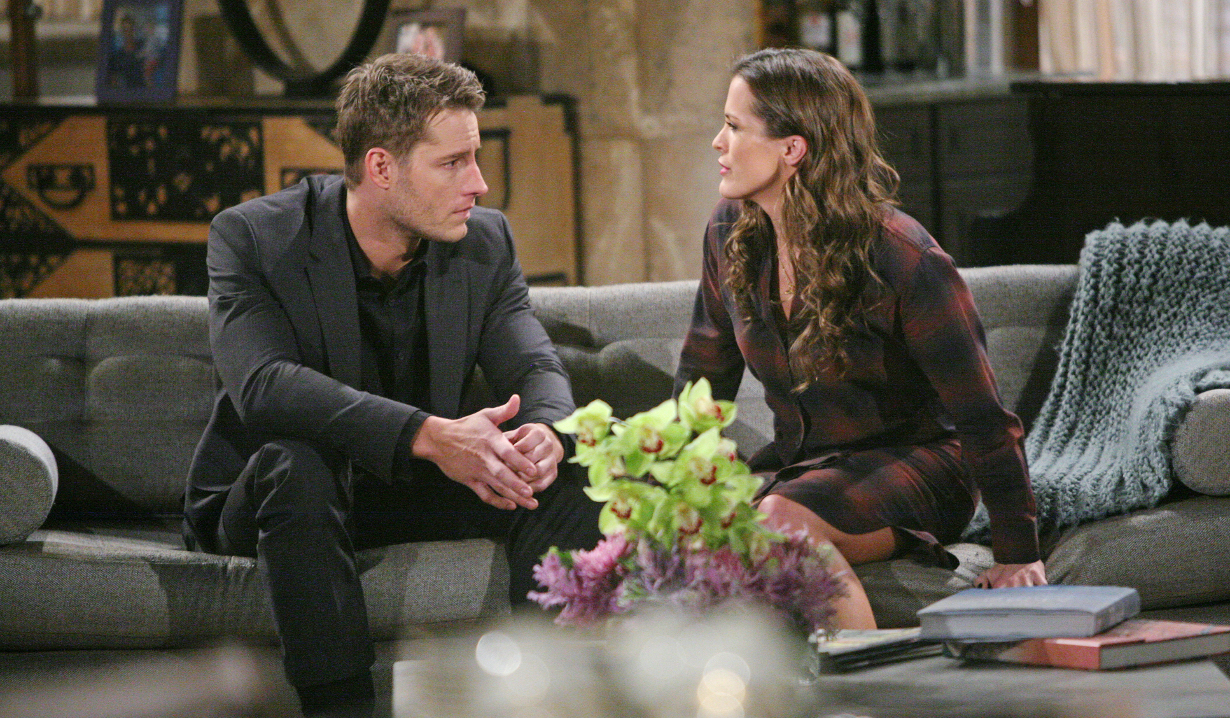 Some hope for the future while others can’t let go of the past.

The Bold and the Beautiful:
Things continue to devolve between Ridge and Rick as the two men get into a brutal battle of insults. As Ridge turns to offering Steffy advice about her love life, Rick manages to stumble onto some useful information about his frequent rival. Ridge could have another fight on his hands as things go sour with Thomas just as Caroline goes into labor. Check out The Bold and the Beautiful spoilers to learn who helps Quinn convince Liam that her lies are true.

Days of our Lives:
Eduardo tips John off about a link between Deimos and a character from Black’s past. It’s not long before trouble hits and gunshots start ringing out. If that wasn’t enough to worry about, the chance that Chad and Abigail’s wedding might end with violence looms large with Ben on the loose. Across Salem, Ciara’s friends get together to help her and Kayla does her best to help Steve find the evidence that can clear his name. Read the Days of our Lives spoilers to discover what makes Victor explode.

General Hospital:
As Griffin continues to keep an eye on Anna, Sonny discovers what she has been hiding. Meanwhile, the details that have been hidden in Helena’s will finally come to the surface when it is read. As the dead woman’s legacy makes itself felt in Port Charles, Lulu gives Dante some hope for their future. And Tracy has to face the probability that she may not be long for this world. Read Soaps.com’s General Hospital spoilers to find out who has to hear some difficult news.

The Young and the Restless:
If Devon isn’t already worried about what’s on Hilary’s mind, he might be after Neil gives him a nudge in that direction. They aren’t the only people who seem incapable of moving on. Chelsea is still petrified that Adam can’t get away from the past. Across Genoa City, Victor attempts to secure his future by making a deal that puts him at risk. And Victoria could be at risk when she and Phyllis start to brawl. Visit The Young and the Restless spoilers to be tipped off on who hears a secret in the lab.

Soap Summaries: Slip of the tongue,...