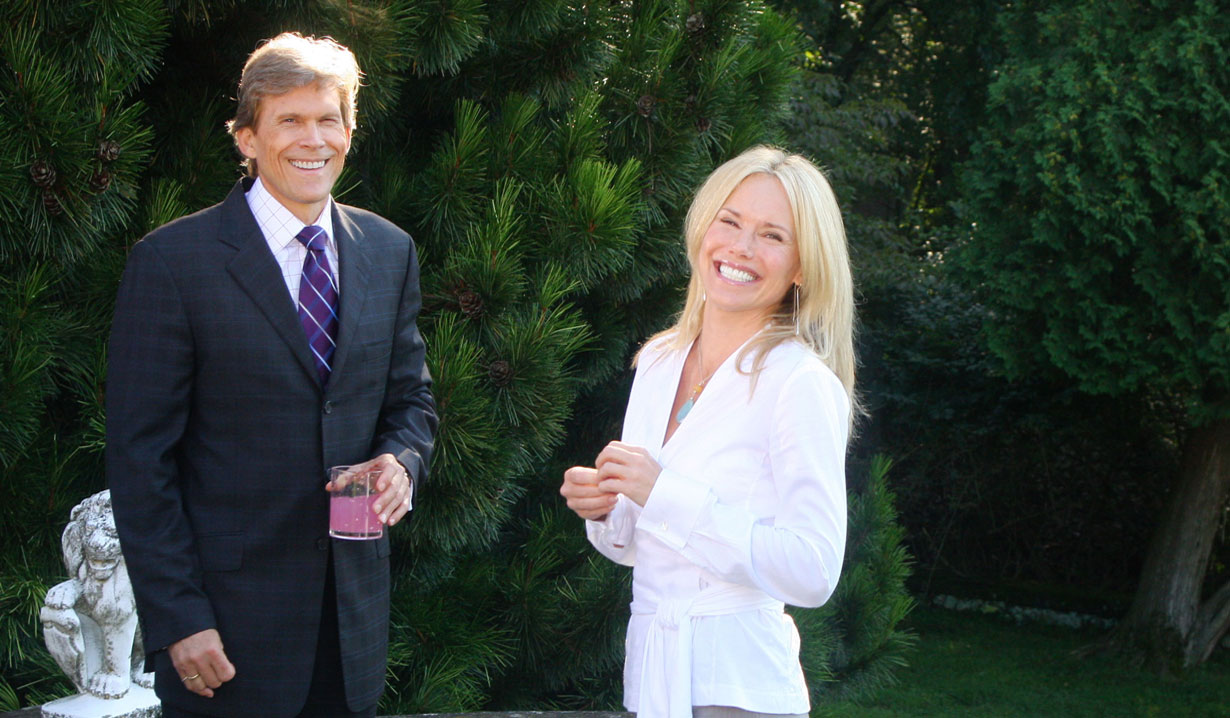 In this week’s column surrounding the current careers of actors from canceled soaps “All My Children,” “Another World,” “As the World Turns,” “Dark Shadows,” “Guiding Light,” “Loving,” “One Life to Live,” “Port Charles” and “Search for Tomorrow,” Soaps.com is reporting a contract status, primetime roles, a huge stage collaboration and more.

Joe Morton upped to Scandal series regular.
Soap alum Joe Morton has played the recurring role of Olivia Pope’s (Kerry Washington) father Rowan Pope on “Scandal” since 2013. The actor will now be seen on a regular basis in the ABC political series, which is in its fifth season and airs Thursdays at 9:00 PM. Morton first broke into the business as “Search for Tomorrow’s” Dr. James Foster (1973 to 1974) and went on to play Dan Stennis on “Guiding Light” (1979), Dr. Abel Marsh/Leo Mars on “Another World” (1983 to 1984) and Zeke McMillan on “All My Children (2002).

Jake Weary cast in made for television series Animal Kingdom.
Jake Weary, who played Luke Snyder on “As the World Turns” in 2005, has been cast to play Deran Cody on “Animal Kingdom.” Based on the 2010 film, the story follows a teenager who, after the death of his mother via drug overdose, moves into a beachfront home with his extended family and quickly learns that danger lurks within their lavish lifestyle. The TNT series will premiere sometime this summer. Does anyone remember when Weary played Cyrus Petrillo on Pretty Little Liars from 2014 to 2015? He is also the son of soap opera legend Kim Zimmer (“Guiding Light’s” Reva Shayne, 1983 to 2009; “The Doctors'” Nola Dancy Aldrich, 1979 to 1982; “Santa Barbara’s” Jodie Walker, 1992 to 1993; “One Life to Live’s” Echo DiSavoy, 2010 to 2011).

Michael O’Leary, Grant Aleksander, Beth Chamberlin and Tina Sloan reunite in Breathing Under Dirt.
“Guiding Light” alums Michael O’Leary (Rick Bauer, 1983 to 2009), Beth Chamberlin (Beth Raines, 1989 to 2009) and Tina Sloan (Lillian Raines, 1983 to 2009) will reunite in the project “Breathing Under Dirt.” Their former daytime co-star Grant Aleksander (Phillip Spaulding, 1983 to 2009) will direct the one-act play, written by O’Leary, which will star Sloan and Chamberlin as a mother and daughter who will exhibit how hearts can be healed by the acceptance of one’s limitations in order to forgive. Performances will be part of a one-act play festival, featuring other plays, at the Manhattan Repertory Theater at 303 West 42nd Street #3 in New York City, New York from Wednesday March 16 through Saturday 19. The final stage of the competition will take place on Thursday March 31 and Friday April 1. Email for $20 tickets – mrtreserve@gmail.com or purchase them at the door. Fun facts: Aleksander also played “All My Children’s” Alec McIntyre (1993 to 1995) and “Capitol’s” D.J. Phillips (1986). Chamberlin played “Days of our Lives'” Nancy Trent (1993) and Sloan played “Another World’s” Dr. Olivia Delaney (1981) and “Search for Tomorrow’s” Patti Tate (1976 to 1977).

Scott Bailey appears as a videogame developer in Here We Go Again.
Scott Bailey (“Guiding Light’s” Sandy Foster, 2004 to 2006) turned up in primetime on February 23 as videogame developer Tim McNally on TV One’s “Here We Go Again.” The comedy follows three generations of Walker women who set off on an unexpected journey after a series of events and stars LeToya Luckett (“Single Ladies”) as Maddy, Wendy Raquel Robinson (“The Game”) as Loretta and Kyndall Ferguson (“Clue”) as Shante. Tune in Tuesdays at 8:00 PM. Did you know? Bailey is married to “The Bold and the Beautiful” and “The Young and the Restless” alum (Amber Moore) Adrienne Frantz, who gave birth to a baby girl last December. Check out this photo of Bailey and his little one during the Super Bowl a few weeks ago.

Daddy’s girl didn’t make it through the first half. #daddysgirl #superbowl #firstsuperbowl

Teddy Sears lands 24: Legacy role.
“One Life to Live” alum Teddy Sears (Chad Bennett, 2001) currently plays Jay Garrick on CW’s “The Flash” and has been cast to take part in the upcoming revival “24” pilot “24: Legacy.” The FOX project, which has yet to be ordered to series, has plans for twelve episodes and will follow military hero Eric Carter (Corey Hawkins, “The Walking Dead”) and the former head of CTU Rebecca Ingram (Miranda Otto, “Homeland”). Sears will play second in command, and recently promoted head of CTU, Keith Mullins. Some of his credits include Dr. Austin Langham on “Masters of Sex” and Detective Hayden Cooper on “666 Park Avenue,” to name a few.

Star Jones’ Satan’s Sisters to series.
Talk show host Star Jones (“The View”) made her soap opera debut on the “General Hospital” spinoff “Port Charles” as The Gatekeeper back in 1999. In 2011 the actress published the fiction novel “Satan’s Sisters,” which follows the talk show “The Lunch Club” and its hosts, where “alliances are forged, careers are made, and bridges are burned.” Now, VH1 has green-lighted the project of the same name as a one-hour series addition to its 2017 lineup. Vanessa Williams (“The Good Wife,” “Desperate Housewives,” “Ugly Betty”) has been cast to play Maxine, one of the lead roles. Stay tuned for more details.

Have you heard? Julie Berman has been upped to series regular on Casual, other actors from current soaps are heading back to primetime, one has a new swimwear line and more!

Any requests, if you can’t locate recent updates in the Soaps.com site search, can be left in the comments section.