Soap Summaries: Slip of the tongue, a new engagement, psych ward escapee and the fall of Victor Newman 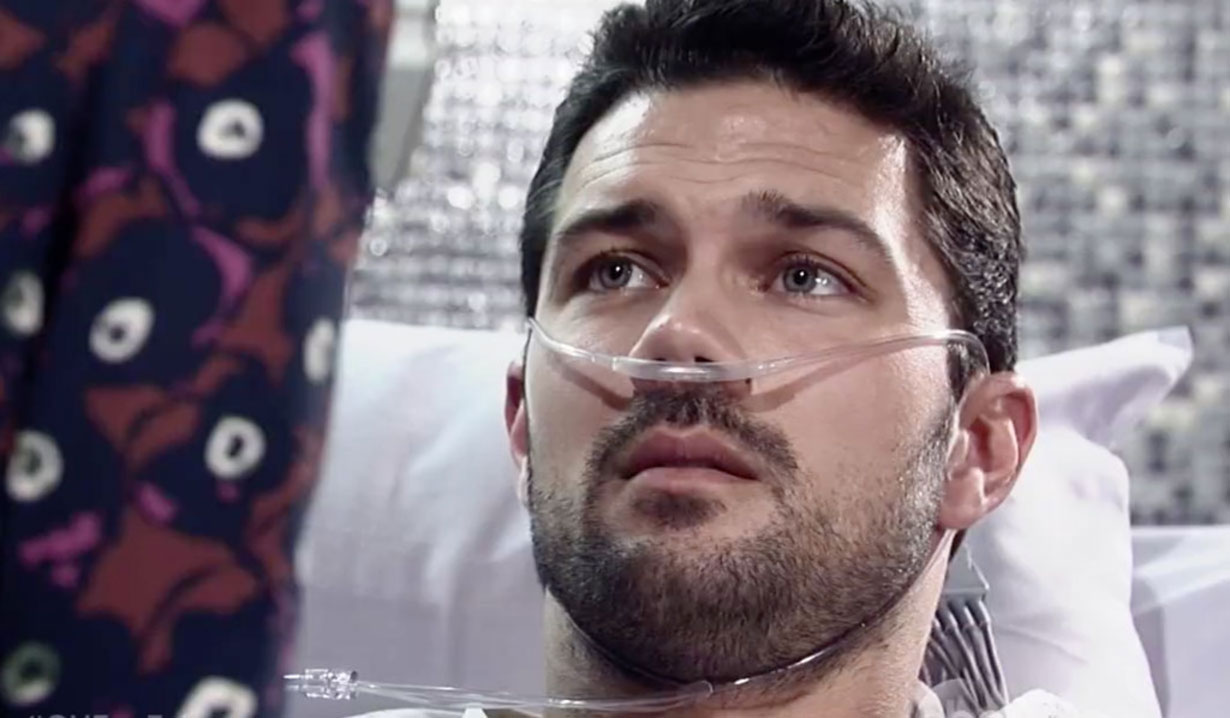 Steffy called Liam with engagement news on “B&B.” Chad learned about Ben Weston’s escape on “Days.” Tracy experienced a horrible episode on “GH,” and Victor was arrested on “Y&R.”

Soaps.com is back with episode highlights from this past week, as well as in-depth daily soap opera recaps to keep you up-to-date on all your favorite daytime shows.

The Bold and the Beautiful:
Sasha learned Zende broke up with Nicole and kissed him. Elsewhere, Steffy accepted Wyatt’s marriage proposal then informed Liam via voice message. After Liam and Quinn made love, she listened to Steffy’s message on Liam’s cell and couldn’t have been happier. Quinn told Wyatt as much, as Bill left an urgent message for Liam to come home and claim Steffy, the woman he’d always wanted, as his own. Quinn again intercepted the message and replied with a text as Liam, which stated he was happy for Wyatt and Steffy and urged Bill to give Wyatt his job. Bill was furious that Liam just up and vanished and decided it was time to welcome Wyatt into Spencer Publications. Katie believed it was time to make a change as well and met with a psychiatrist. Read the Bold and the Beautiful daily recaps to learn what caught Liam’s eye while doing an internet search for ‘Adam Smith’ and hear why Quinn told Deacon she might have to kill Liam.

Days of our Lives:
Summer agreed to return to town with Brady and stole from a few Salemites. Elsewhere, Rafe learned Deimos and Dr. Malcolm had been working together and warned Hope not to take on the Kiriakis. Roman closed Stefano’s case, moved on to Ava’s and was convinced that something was missing from Steve’s story. All the while, Joey admitted to Kayla that he’d killed Ava. On the sofa, Chad had a dream of Stefano, which finally gave him closure. Just as Chad and Abby made plans to marry the following week, JJ alerted Chad to Ben’s escape. Eric visited Jenn, who acted as though she didn’t recall their kiss and rebuffed Eric’s invite to an AA meeting. Though Eric was facing fourteen years in prison, he was more concerned about Jenn’s pill addiction and turned to Marlena for help. Read our Days of our Lives daily recaps to find out who celebrated Stefano’s death, who made love for the first time and who made two huge confessions.

General Hospital:
Maxie remained suspicious after Nathan claimed Claudette had been his childhood dog, especially when Nina remembered the pet had a different name. Privately, Obrecht warned Nathan he’d lose Maxie if he didn’t keep Claudette a secret. Sam spied Tracy and Hayden at the Floating Rib, as they commiserated over their fathers’ good and bad points. After Sam left to visit Jason and Jake at Shriners, Hayden held Tracy as she went into convulsions. She soon recovered but was admitted in the hospital for testing, where Dillon overheard Tracy call Hayden ‘Rachel’ and believed his mother was delusional. Though preliminary tests showed large lesions on Tracy’s brain, she lied to Dillon and Paul about the results. At Shriners in Philly, Sam reported her upcoming meeting with Corbin to Nik, who anticipated learning something about Hayden’s past. Back in Port Charles, Diane came up with a plan to get Morgan out of trouble. Read our General Hospital daily recaps to hear what advice Paul gave Ava, who ended up allowing Sonny unsupervised visitation with Avery.

The Young and the Restless:
Sage and Nick met with a pregnant teen in hopes of adopting her baby. Victor found the planted camera in his office and fired Natalie. Though Victor believed he’d stolen Natalie’s internet program, Natalie admitted to Luca she gave Billy the real one. Victor tried blackmailing Adam to stick by his side but learned Adam confessed Christian’s paternity to Chelsea. Elsewhere, Phyllis finally agreed to go public with her story, which prompted Billy to show Victoria proof of what her father had done. Victoria confronted Victor about Marco Anicelli and handed over a disc to Paul that led to Victor’s arrest. Victor ordered his family away and sadly reflected on what life would be like for them if he hadn’t been around. All the while, Ben learned Jack had killed Kelly. While Ben lashed out at Max, Jack feared he’d go to prison for killing Ben’s sister. Read The Young and the Restless daily recaps to find out how Hilary blackmailed Ashley to get what she wanted.