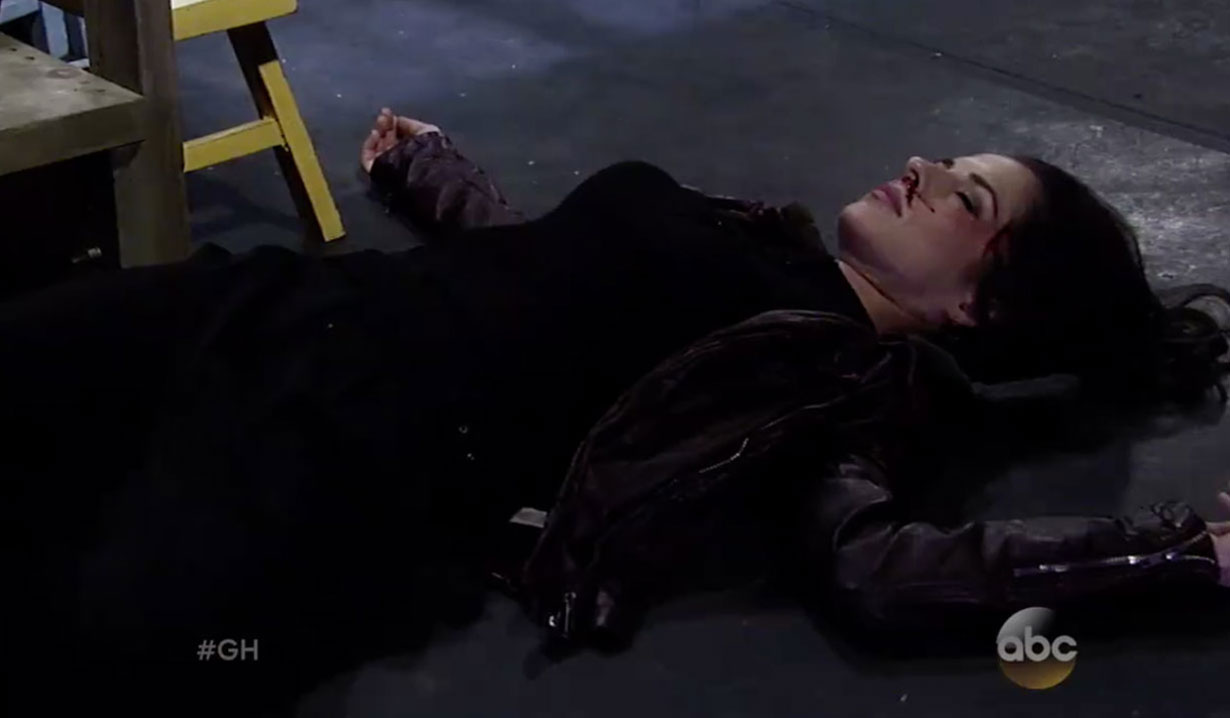 Quinn fantasized about Liam on “B&B.” Philip revealed Deimos’ reason for blackmailing him on “Days.” Someone recognized Hayden as Rachel on “GH,” and Sage took a necessary step to ensure her and Nick’s plan on “Y&R.”

Soaps.com has storyline highlights, as well as detailed daily soap opera recaps to get you caught up before the new week of drama begins in daytime. Check out the highlights with Cathy Rankin!

The Bold and the Beautiful:
Thomas warned Steffy about getting involved with another Spencer man, as Quinn urged Wyatt to make his move before Liam reappeared. Wyatt had no trouble charming Steffy. Quinn returned to the cabin and found Liam had fallen from the bed. After she helped him up, Quinn fantasized about the gentleness of Liam’s touch then told him they were married. At Forrester, after Brooke told Rick she was no longer working at Spencer, she admitted to Eric that she still loved Bill. Katie’s husband soon appeared with plans to make things right between Brooke and Katie, who privately vowed not to let Brooke near her family. Elsewhere, Julius was stunned to learn Rick reinstated Sasha as a model. Sasha again refused to leave town and taunted Julius with her attraction to Zende. She then went to Zende and offered to be his secret friend with benefits. Read the Bold and the Beautiful daily recaps to learn if Zende accepted Sasha’s proposition.

Days of our Lives:
Belle informed Philip she was giving her marriage another chance. After taking a retainer as his lawyer, Philip confessed Deimos was blackmailing him because a Chicago police captain’s daughter overdosed in his hotel room. Later, Belle couldn’t kiss Shawn and went back to Philip for sex. Joey walked in on Steve kissing Ava, not realizing his father was trying to get Kayla back. While Steve and Ava followed a tip on their son, and had sex, Joey rescued Kayla. At home, Eduardo threatened to kill Vadim if he didn’t stay away from his family and John. Elsewhere, after Brady agreed to invest in Theresa and Nicole’s new company, they told Kate their plans and gave her a buyout price. In the square, Eric called Jenn out for her pill addiction, as JJ lashed out at Abby for planning to move into the DiMera mansion. Read our Days of our Lives daily recaps for Theo’s reaction to finding out Chase was the bully behind the texts and for Gabi’s scary encounter with someone from her prison days.

General Hospital:
Parker warned Kristina to stop harassing her, but Kristina reminded her professor that their relationship hadn’t been one-sided. Lulu visited Dante with the intent of saving their marriage, but both realized it wasn’t possible and signed divorce papers. Over at the hospital, while Franco assured Liz and Jason they were going to get Jake the help he needed, Jake watched as Sam laid bleeding at the bottom of his basement stairs. He ran off scared and was hit by a car. After he was rushed to the hospital and had surgery, Jake alerted Jason that Sam was in danger. Back at Liz’s, Sam managed to turn on a heater to stay warm but passed out as the wiring began to spark. By the time Jason arrived, the basement was filled with smoke. Nik and Hayden eloped in Vegas. After the ceremony, a man recognized Hayden as ‘Rachel’. Hayden paid Baxter Corbin to forget he ever saw her. Read our General Hospital daily recaps to hear who bailed out Anna and Robert and who gave Laura an invite to the reading of Helena’s will.

The Young and the Restless:
Sage found a book on paralysis in Anderson’s office, as Nick meet with Sandy, who kissed him. Later, Sage managed to tell Nick about the book. At the club, Hilary started to remember the good times with Devon and asked for another chance, as Cane and Lily put their problems aside and made love upstairs. Billy returned home with Victoria, who was happy to hear he was returning to work at Jabot. However, she had no idea Billy had been keeping another secret from her – his partnership with Phyllis. Elsewhere, after a fake exchange of files, Luca realized Adam set him up and threatened to turn Noah in for Billy’s hit-and-run. Noah admitted the truth to Adam and urged him to throw him under the bus but Adam wouldn’t and was forced to back down to Luca. All the while, Billy flashed back to seeing Noah’s car at the scene of the accident. Read The Young and the Restless daily recaps to learn who Patty surprised with a visit. 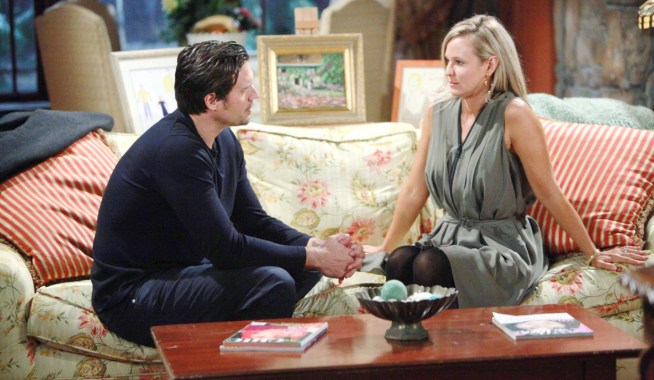 Soaps Spoiler Digest: Caught out, burning up and digging in

Soap Opera Actors: Where are they now? Ryan McPartlin to Devious Maids, and Michael Park sings at Broadwaycon 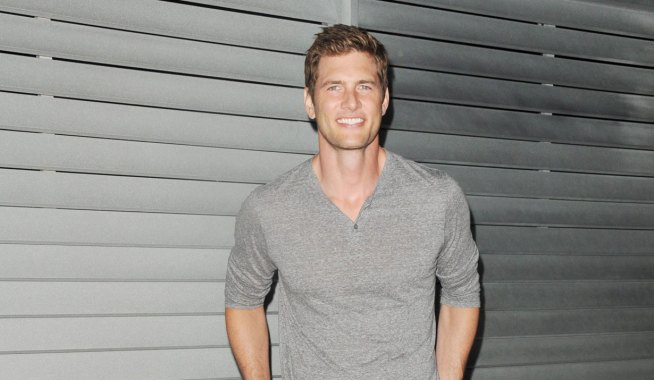