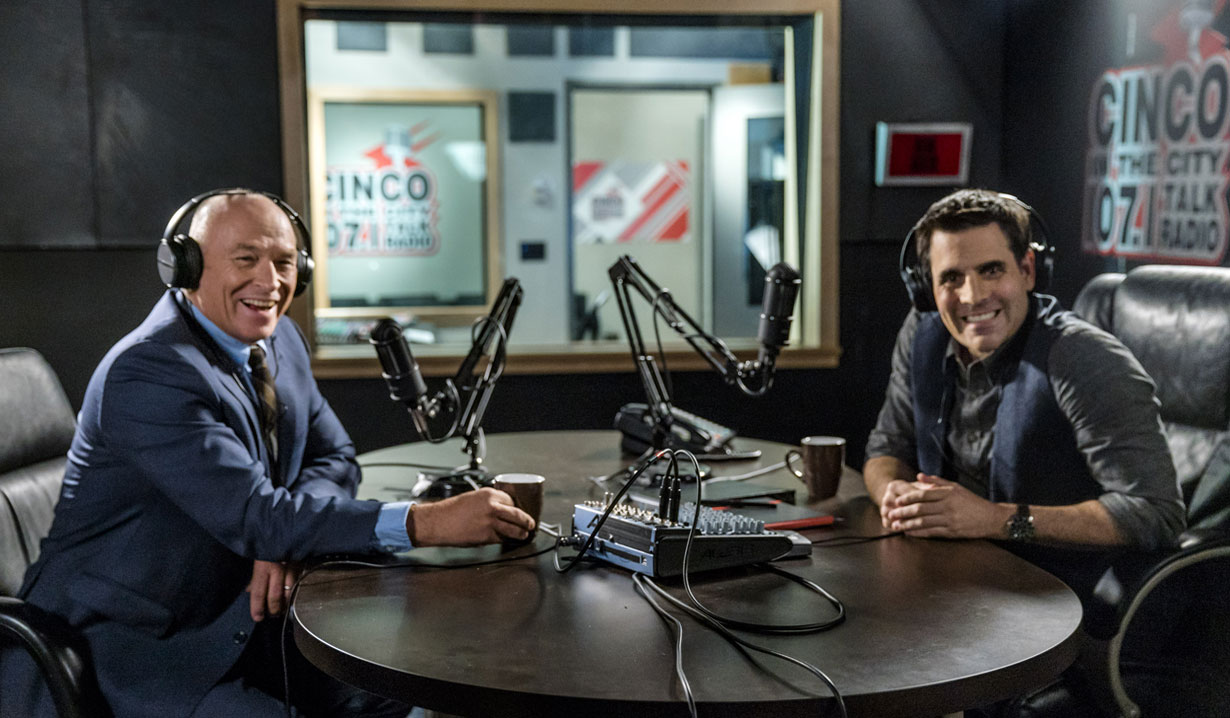 They may no longer be on “The Bold and the Beautiful,” “Days of our Lives,” “General Hospital” and “The Young and the Restless” but Soaps.com has career updates on former actors from the current soaps, which include film and primetime roles, a behind-the-scenes job, baby news and more!

Texas Battle cast as an FBI Agent in Bruce Willis’ Marauders.
Texas Battle was last seen on “The Bold and the Beautiful” as Marcus Forrester in 2013. Since then he’s appeared in the television series “SAF3” as Texas Daly (2013 to 2014) and will be part of two upcoming films “Greater” and “Marauders,” the latter starring Bruce Willis. Battle plays Anthony Lucas in the first film “Greater,” which surrounds Brandon Burlsworth – known as college football’s greatest ‘walk-on’ player. In the crime thriller “Marauders,” he’ll appear as T.J. Jackson as a suicidal FBI Agent reveals a deeper reason behind homicides surrounding an elite group of bank robbers. Fans can expect both projects to be released this year.

Ashley Tesoro gives birth to baby boy.
Back in August 2015 Soaps.com announced Ashley Tesoro’s second pregnancy and now we’re happy to report that “The Bold and the Beautiful” alum (Kimberly Fairchild, 1998 to 2001) has given birth to a baby boy! Tesoro and her husband Anthony named their son Anthony John Tesoro. The baby weighed in at 5lbs. 12oz. and 19in. and came into the world to join sister Gabi just in time for the holidays on Thursday December 24. Soaps.com sends the family our best!

John Stamos, Gina Rodriguez and Ming-Na Wen to attend 2016 People’s Choice Awards.
Former soap stars Gina Rodriguez (“The Bold and the Beautiful’s” Beverly, 2011 to 2012) and John Stamos (“General Hospital’s” Blackie Parrish, 1982 to 1984), along with Ming-Na Wen (“As the World Turns'” Lien Hughes, 1988 to 1991), have been scheduled to appear at the 2016 People’s Choice Awards. “Days of our Lives” alum (Abby Deveraux, 2004 to 2007) Ashley Benson is nominated for a People’s Choice Award so be sure to tune in to the show, which is voted on by the general public, tonight Wednesday January 6 at 9:00 PM live from the Microsoft Theater in Los Angeles, California.

Teri Reeves cast on Once Upon a Time.
Teri Reeves played various roles on “Days of our Lives” (Deliah/a babysitter/Kelsey) from 2008 to 2010 before heading over to “General Hospital” in 2011 as Megan McKenna. The actress will turn up next during season five on “Once Upon a Time” as Dorothy Gale, previously played by Matreya Scarrwener in 2014. TVLine is reporting that when Dorothy returns, she’ll be a brave warrior who heads back to OZ to confront various witches in order to save the city. The ABC series returns on Sunday March 6 with episode twelve titled “Souls of the Departed.” Look for Reeves in episode sixteen.

Jaime Ray Newman checks in at Bates Motel.
“General Hospital” alum Jaime Ray Newman (Kristina Cassadine, 2002 to 2003) has been cast in a recurring role in season four of A&E’s “Bates Motel.” The actress will play Alex’s (Nestor Carbonell, “As the World Turns'” Alberto Cordova, 1989) ex named Rebecca Hamilton, who clearly still has a thing for her former flame. Keep an eye out for the new season to return sometime in March. Newman has played various primetime roles as of late, including Vanessa Hemmings on “Drop Dead Diva,” Sam Gordon on “Mind Games” and Allison Roth on “Wicked City,” to name a few.

James Franco to produce remake of Mother May I Sleep With Danger?
The twenty year anniversary of the 1996 movie “Mother May I Sleep With Danger,” starring Tori Spelling, will be celebrated with a remake by Lifetime and Sony Pictures Television. To add a soapy twist, “General Hospital” alum James Franco (Franco) will serve as one of the executive producers with a Lifetime premiere date set for sometime this year. The original premise followed Laurel Lewisohn (Spelling), her affair with a psychopath (Ivan Sergei) and her mother’s quest to save her daughter from the man she was sleeping with.

Corbin Bernsen and Holly Marie Combs in Love’s Complicated.
Weekend movie alert! “The Young and the Restless” alum Corbin Bernsen (Father Todd Williams, on and off from 2004 to 2014), and son of the late Jeanne Cooper (Katherine Chancellor), will star as Dublin Sr. in the premiere of Hallmark Channel’s “Love’s Complicated.” Appearing opposite Holly Marie Combs (“Pretty Little Liars,” “As the World Turns'” Candice Young, 1989) and Ben Bass (“Rookie Blue”), the story follows a writer named Leah (Combs) who does everything she can to avoid conflict in her life, which sometimes results in her becoming a doormat for those around her. It isn’t until her boyfriend (Bass) enrolls her in a conflict resolution class that Leah sees the big picture and what’s really important in life. Tune in this Saturday January 9 at 9:00 PM. Bernsen also played John Durant on “General Hospital” (2005 to 2006) and Ken Graham on “Ryan’s Hope” (1984 to 1985).

Vivica A. Fox returns for Independence Day: Resurgence.
Former “The Young and the Restless” actress Vivica A. Fox (Stephanie Simmons, 1994 to 1995) will reprise her 1996 “Independence Day” role as Jasmine Dubrow in the sequel “Independence Day: Resurgence.” The story will pick up two decades after the initial invasion. The question is, will mankind’s new space defenses be able to stop the extra-solar threat. Liam Hemsworth (as Jake Morrison), Bill Pullman (President Whitmore) and Jeff Goldblum (David Levinson) star. However, Will Smith will not be seen in the sequel as Captain Steven Hiller, who played opposite Fox’s character. Watch the official trailer and look for the release on Friday June 24.

Lyndsy Fonseca guest-stars on Grandfathered.
Lyndsy Fonseca (“The Young and the Restless'” Colleen Carlton, 2001 to 2005) will return as a guest-star in John Stamos’ FOX comedy “Grandfathered.” In the Tuesday January 12 8:30 PM episode, Jimmy (Stamos) relives his single days and meets up with old friends, as Frankie (Fonseca) blindsides Gerald (Josh Peck) with a confession. The former soap actress also recently appeared as Angie Martinelli on “Agent Carter” and played ‘daughter’ on “How I Met Your Mother” from 2005 to 2014.

Whatever happened to Anthony Pena?
Longtime “The Young and the Restless” fans will always remember the Newman family’s manservant Miguel Rodriguez. Many have wondered what became of Anthony Pena, who played the role from 1986 to 2006. Prior to his daytime role Pena guest-starred in primetime on “Fantasy Island,” “Dynasty,” “Highway to Heaven,” “LA Law” and “Knots Landing,” to name a few. He also graduated from California State University at Fullerton with a degree in Comparative Literature and Southwest American History and obtained credentials to teach secondary history, which he did to high school and college students. In recent years he turned up in two short films “The Journal’s Paragon” and “Eagle Falls.”

Former actors of canceled soaps have been spotted around as well, including Susan Lucci filming a PBS special, primetime roles and more!

Leave us a comment on an actor you’re inquiring about and do a search on Soaps.com to make sure we haven’t already reported on them. 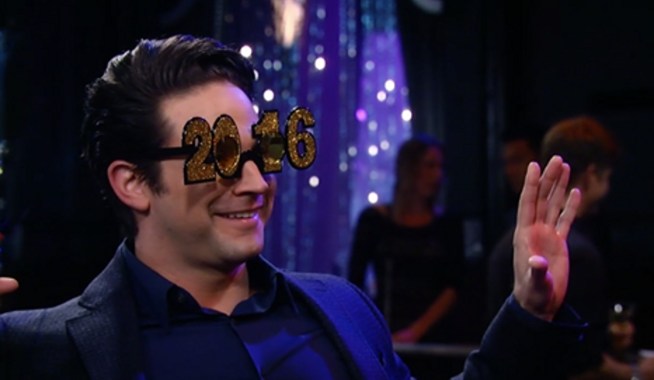 Soap Summaries: A New Year's wedding, a derailed proposal, a forbidden kiss and a paternity revealed 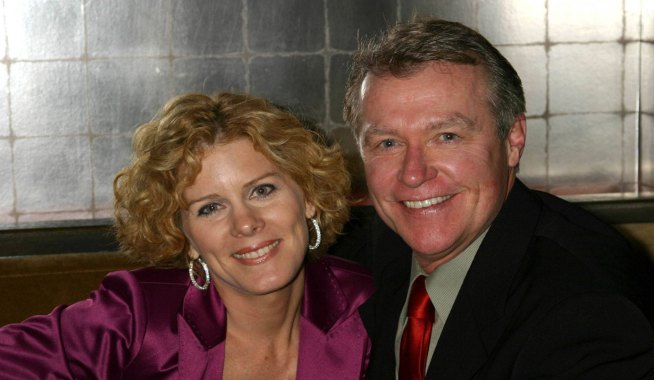