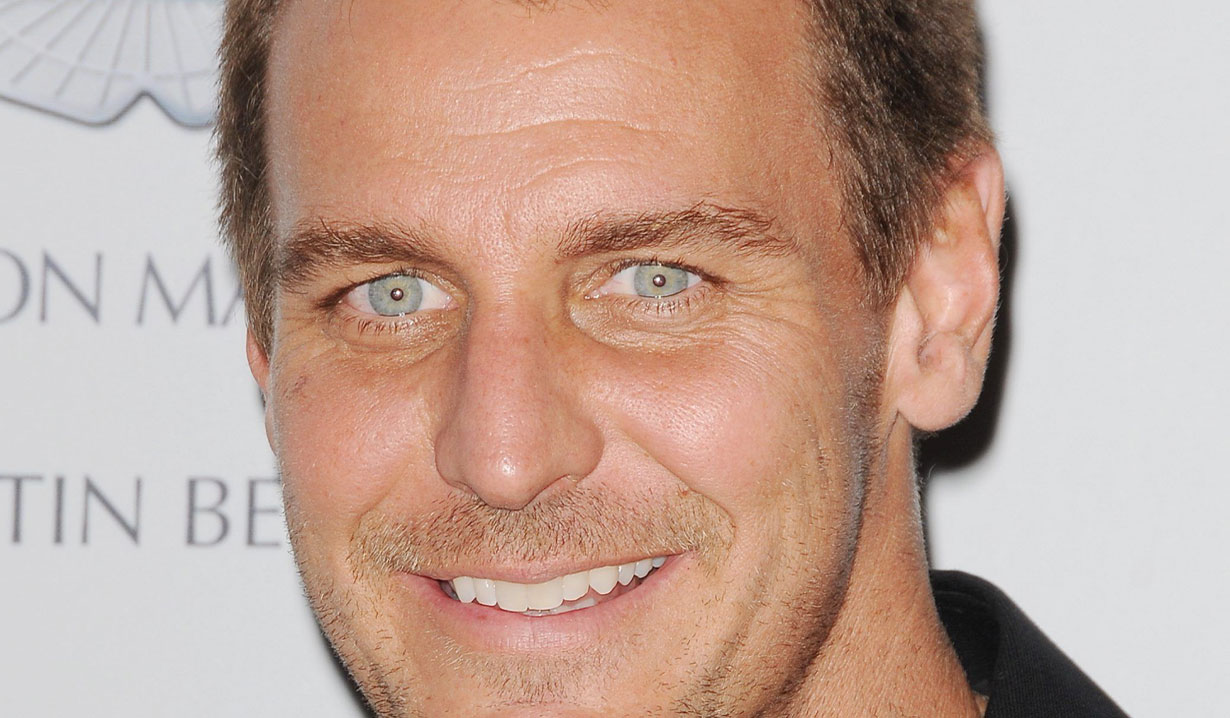 Heading back to primetime.

Soaps.com has uncovered a Golden Globe nominee, new films, an engagement and more surrounding “The Bold and the Beautiful,” “Days of our Lives,” “General Hospital” and “The Young and the Restless” alums.

Barbara Crampton in Death House.
Veteran soap opera actress Barbara Crampton has had roles on “Days of our Lives” (Trista Evans Bradford, 1983), “Guiding Light” (Mindy Lewis Spaulding, 1993 to 1995), “The Bold and the Beautiful” (Maggie Forrester Warwick, 1995 to 1998) and “The Young and the Restless” (Leanna ‘Love’ Randolph, on and off from 1988 to 2007). The actress has turned up in various movies and will be seen next in the upcoming horror flick “Death House.” She’ll play Dr. Karen Redmane, as a secret government location becomes the landing spot of mankind’s most horrific prison break. Danny Trejo (“Y&R” bartender, 2008) and Dee Wallace (“General Hospital’s” Patricia Spencer, 2014 to 2015) also star. Stay tuned for the 2016 release date.

Gina Rodriguez nominated for a Golden Globe Award.
“The Bold and the Beautiful” alum Gina Rodriguez (Beverly, 2011 to 2012) and star of “Jane the Virgin” has been nominated for a 73rd Annual Golden Globe Award in the category of Actress in a TV Comedy Series for her CW role as Jane Villanueva. Soaps.com wishes her the best! Tune in to NBC on Sunday January 10, 2016 at 8:00 PM for the live awards ceremony.

Melissa Archer in Wraith.
Melissa Archer, whose character Serena Mason was murdered on “Days of our Lives” by The Necktie Killer, is appearing in a new short film by Daniel James. “Wraith” tells the story of Jessica (Archer) who’s being haunted by the ghost of a little girl named Amanda (Ashley Brooke) – so much so that her relationship with her boyfriend (Gregg Prosser, “Power”) and life as she knows it are at risk due to the torment. The project finished taping at the end of August so stay tuned for its 2016 release. Archer also played Natalie Buchanan Banks on “One Life to Live” from 2001 to 2013.

Rachel Melvin to the big screen in Madtown.
Former “Days of our Lives” actress Rachel Melvin (Chelsea Brady, 2005 to 2009) will appear in the upcoming Charles Moore Indie film “Madtown.” Starring Milo Ventimiglia as Denny Briggs, the story surrounds a man who’s confronted by the sister who’s haunted him for years after her prison release. Melvin plays the role of Sarah and also guest-starred as Kate Kolfax on “Bones” in November.

Jonathan Jackson and Hayden Panettiere nominated for a Critics’ Choice Award.
“General Hospital’s” Jonathan Jackson (Lucky Spencer, 1993 to 2015) and his ABC “Nashville” co-star Hayden Panettiere (“One Life to Live’s” Sarah Roberts, 1994 to 1997; “Guiding Light’s” Lizzie Spaulding, 1998 to 2000) have been nominated for a 2016 Critics’ Choice Award. Jackson was nominated in the category of Supporting Actor in a Drama Series for his role as Avery Barkley with Panettiere nominated for Supporting Actress in a Drama Series for her role as Juliette Barnes. The winners will be announced during the live ceremony at the Barker Hangar in Santa Monica, California on Sunday January 17 at 8:00 PM on A&E. Good luck to both soap alums!

John Stamos’ Fuller House Netflix premiere date.
Soaps.com has been keeping fans updated on the latest developments surrounding former “General Hospital” alum (Blackie Parrish, 1982 to 1984) John Stamos in Fuller House as Jesse Katsopolis. Netflix has released a premiere date for the “Full House” spin-off, which will take place on Friday February 26, 2016 and consist of thirteen episodes. Lori Loughlin (“The Edge of Night’s” Jody Travis) will also take part and return as Rebecca Katsopolis. Watch the first “Fuller House” teaser and let us know in the comments if you plan to watch.

Ingo Rademacher heads back to Hawaii Five-0.
“General Hospital” alum Ingo Rademacher (Jax Jacks, on and off from 1996 to 2015) first guest-starred on “Hawaii Five-0” back in 2011 as Malcolm Schafer. Fans of the CBS series will soon get to see him again. Though the actor didn’t reveal who he’d be playing or when he would first appear he did say that the role would be recurring, which means more Rademacher on your screens! Stay tuned, as the show returns with new episodes on Friday January 8, 2016 at 9:00 PM.

Nice to be back on set. This time reoccurring on @hawaii50cbs to stir things up a bit. 🙂 ?? thanks for having me back @plenkov great show. Great cast and awesome crew. Always fun.

Watching pipe. @kellyslater killing it in another heat. Great to have my bro here @realsebroche

Will MacMillan passes away at 71.
Soaps.com is saddened to report Will MacMillan passed away on Wednesday December 2 at the age of 71 in Burbank, California. The actor had roles in daytime on “The Young and the Restless” as Jerry Gunderson (2004) and played Boris over the years on “General Hospital.” His primetime credits include guest appearances on “Las Vegas,” “The West Wing,” “NYPD Blue” and “Knots Landing” to name a few. Soaps.com sends MacMillan’s family and friends our deepest condolences.

Yvonne Zima teams up with Matt Bomer and Yaya DaCosta in The Nice Guys.
Yvonne Zima was last seen on “The Young and the Restless” as Daisy Carter in September 2012 when she was supposedly checked out of Fairview by her mother Sheila Carter during the time of Ricky Williams death. The actress recently appeared on “Masters of Sex” as Daphne and in the Lifetime movie “The Girl He Met Online.” Along with former daytime actors Matt Bomer (“Guiding Light’s” Ben Reader, 2002 to 2003; “All My Children’s” Ian Kipling, 2000) and Yaya DaCosta (“All My Children’s” Cassandra Foster, 2008), Zima will take part in the Ryan Gosling/Russell Crowe/Kim Basinger film “The Nice Guys” as Red Thompson. The film will be released on May 20, 2016 and follows a 1970s private eye who undercover a conspiracy in Los Angeles while investigating the suicide of a fading porn star.

Eva Longoria engaged to Jose Antonio Baston.
Eva Longoria (“The Young and the Restless'” Isabella Braña, 2001 to 2003) has a lot to celebrate these days. Not only is Longoria starring in NBC’s Telenovela, which premieres January 4, she recently became engaged. Her longtime boyfriend Jose Antonio Baston (president of Televisa) popped the question on Sunday December 13 in Dubai and the actress said yes! Soaps.com sends the couple our best! Soapy fact: Longoria was married to “General Hospital’s” Tyler Christopher (Nickolas Cassadine) from 2002 to 2004 and played a Brenda Barrett look-alike in 2000.

Ummmm so this happened….#Engaged #Dubai #Happiness

If you still can’t find scoops on past favorites, first do a Search on Soaps.com to see if we’ve posted anything current and leave us a comment if you can’t find who you’re looking for. 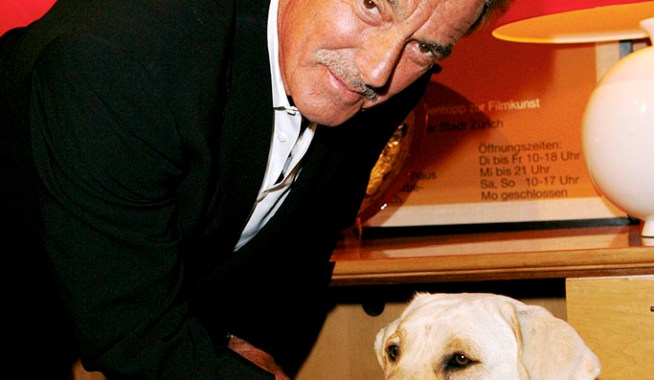 What Every New Soap Opera Viewer Should Expect Before Tuning In

Top 20 Christmases of Soaps Past 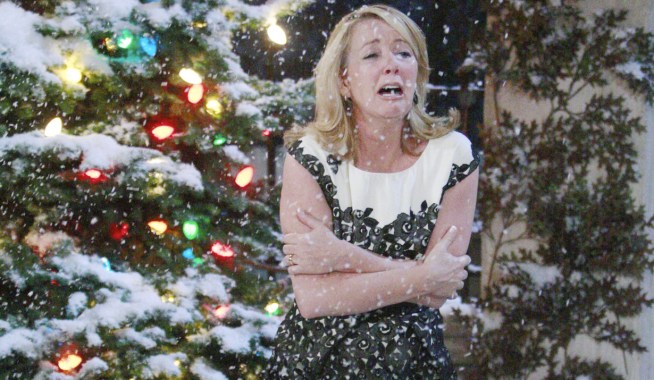