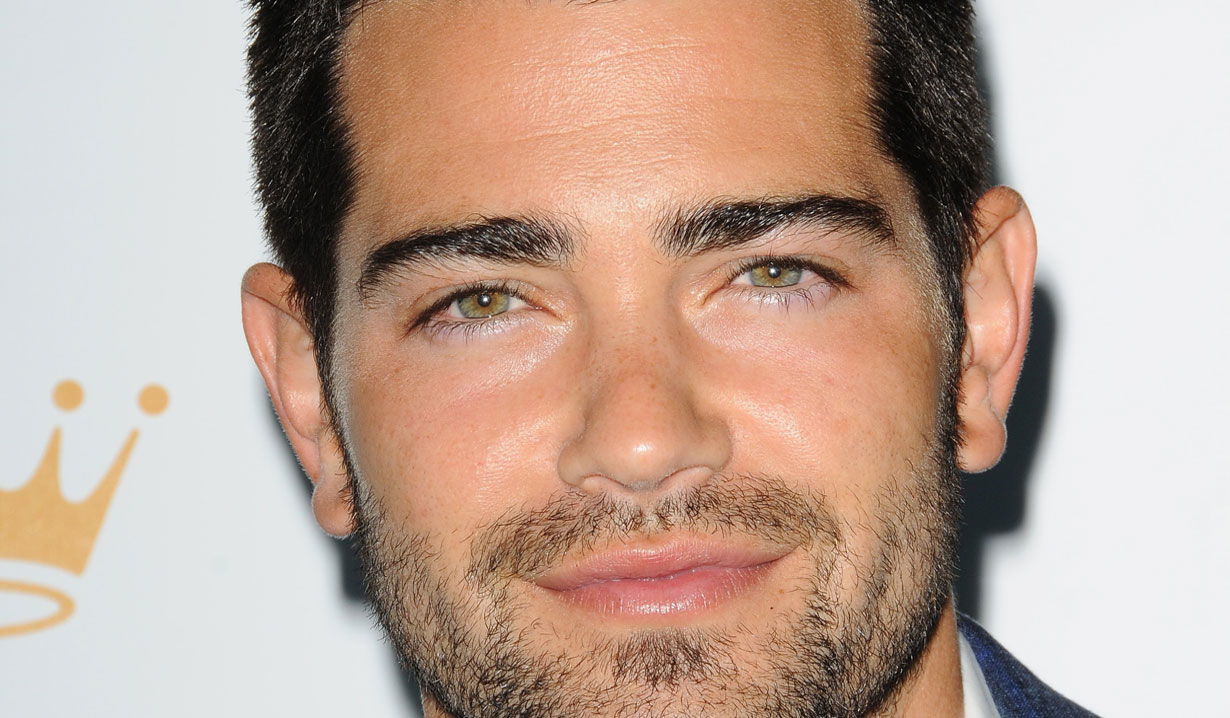 Soaps.com has uncovered an exciting new Hallmark drama, baby news, a new pilot, primetime and film roles, and more connected to former soap opera stars of “All My Children,” “As the World Turns,” “Guiding Light,” “One Life to Live,” “Passions,” “Search for Tomorrow,” “The Doctors” and “The Edge of Night.”

Elizabeth Hubbard featured in Anacostia season four trailer.
Back in October, Soaps.com announced details surrounding Elizabeth Hubbard’s Anacostia role. Now we are excited to bring readers a preview of the “As the World Turns” alum (Lucinda Walsh, 1984 to 2010) as Eva Montgomery in “Anacostia.” Watch the video below and visit the link in the tweet for the new season’s episodes, also starring Martha Byrne (Lily Snyder, 1985 to 2008; “General Hospital’s” Andrea Floyd, 2009) as Alexis Jordan. Hubbard had roles on “Guiding Light” (Anne Benedict Fletcher, 1962), “The Edge of Night” (Carol Kramer, 1963), “One Life to Live” (Estelle Chadwick, 1983 to 1984) and “The Doctors” (Dr. Althea Davis, 1967 to 1982).

Matt Bomer lands lead in The Last Tycoon.
Currently, soap opera alum Matt Bomer plays Donovan on American Horror Story and has now been cast in the starring role in Amazon’s upcoming pilot, “The Last Tycoon,” which is based off of the unfinished novel by F. Scott Fitzgerald. The story follows a rising studio executive named Monroe Stahr (Bomer) and the violence, sex and dreams of 1930s Hollywood that he encounters on his way to the top. Keep an eye out for the project’s release date. Bomer played Ian Kipling on “All My Children” in 2000 and Ben Reade on “Guiding Light” from 2002 to 2003 before his successful primetime roles on “Chuck” (Bryce Larkin, 2007 to 2009) and “White Collar” (Neal Caffrey, 2009 to 2014).

Kevin Bacon’s Tremors series.
Did you know that seasoned actor Kevin Bacon (“Footloose,” “The Following”) got his start in daytime playing Todd Adamson on “Search for Tomorrow” in 1979? From there he went on to play Tim Werner on “Guiding Light” from 1980 to 1981 and has had a very successful career in the entertainment business. His 1990 film “Tremors” still airs on various networks and he’s currently trying to bring it back as a series, complete with him reviving his character, Valentine McKee. Though they haven’t received any bites yet from networks, and an unrelated attempt at bringing it to series in 2003 was unsuccessful, Bacon and Andrew Miller (EP of “Backstrom,” “The Secret Circle,” “Imaginary Bitches”) plan to act as executive producers. Stay tuned for more details as they develop and take a look back at Bacon in his 1990 leading role.

Jesse Metcalfe and Barbara Niven team up in Hallmark’s Chesapeake Shores.
The Hallmark Channel is getting ready to embark on a new movie series for 2016 titled “Chesapeake Shores,” which will star soap alums Jesse Metcalfe (“Passions'” Miguel Lopez-Fitzgerald, 1999 to 2004; “Dallas” reboot’s Christopher Ewing, 2012 to 2014) as musician Trace Riley and Barbara Niven (“One Life to Live’s” Liz Coleman Reynolds, 2002 to 2003; “B&B’s” Brenda Dickerson, 1987) as Megan O’Brien. Based on the novels by New York Times Bestselling Author Sherryl Woods, the epic, multi-generational family drama follows Abby O’Brien (Meghan Ory) who returns to her hometown of Chesapeake Shores as a divorced career woman with two children and faces the family she hasn’t seen in years as well as her high school sweetheart Trace (Metcalfe). Treat Williams (“Chicago Fire”) and Diane Ladd (“Enlightened”) also star as Mick O’Brien and Nell O’Brien.

“It is a true honor to bring to life Sherry Woods’ captivating novel of family and forgiveness,” said Michelle Vicary, Executive Vice President, Programming and Publicity, Crown Media Family Networks. “This amazing, all-star cast will expertly portray Woods’ emotional, poignant and romantically woven story. We know our audience will be as taken and swept away by ‘Chesapeake Shores’ as we are.”

Tika Sumpter in Ride Along 2:
“One Life to Live” fans will recognize Tika Sumpter for her role as Layla Williamson (2006 to 2011) and may have watched her in recent years as Candace Young in “The Haves and the Have Nots” (2013 to 2014). The actress appeared in the 2014 film “Ride Along,” opposite Kevin Hart and Ice Cube, and will be featured in the 2016 sequel as well. Watch the official January 15, 2016 movie trailer where Sumpter plays Hart’s girlfriend and Ice Cube’s sister, Angela Payton.

Erin Torpey welcomes baby number two.
Erin Torpey will always be remembered in daytime for her longtime role as Jessica Buchanan on “One Life to Live” from 1993 to 2003. We’re excited to report that the actress gave birth to her second child, Asher Davies von Watts, with husband Hamilton von Watts on Sunday December 5. The couple’s first child, Izaiah, was born back in 2010. Soaps.com sends the family our best! Erin Torpey also returned to One Life to Live before the show went dark in January 2012 on ABC and recently appeared on “Agent Carter” as Better Carver.

Asher Davies von Watts is here. We can’t believe this blessing just joined our family. This is gonna be fun. @hamsatin xoxo

Judith Light onstage in Thérèse Raquin.
Daytime Emmy and Tony Award winner Judith Light (“One Life to Live’s” Karen Wolek, 1977 to 1983; “Who’s the Boss”) is back onstage with Matt Ryan, Gabriel Ebert and Keira Knightley in “Thérèse Raquin.” Based on the novel by Émile Zola, the production follows a young woman in a loveless marriage, and a controlling mother-in-law (Light), who ends up having a passionate, dangerous love affair that spins out of control. Performances run through January 3, 2016 at Studio 54 at 254 West 54th Street in New York, New York. Tickets can be purchased through the link for recommended ages sixteen and up. Light also appeared in the 2013 “Dallas” reboot as Judith Ryland and recently had roles on “The Exes” (Marjorie) and “Transparent (Shelly Pfefferman). Watch an interview with the actress from the opening night of “Thérèse Raquin.”

Light was recently nominated for a 2016 Critics’ Choice Award for her role on Amazon’s “Transparent” in the Supporting Actress in a Comedy Series category. Tune in for the winners on Sunday January 17 at 8:00 PM on A&E.

We also have news on alums from the current soaps, including Antonio Sabato Jr. and Matthew Atkinson in Murder in the First Person, a video interview with a former “Days of our Lives” actor and more!

Type a former actor of interest in Soaps.com’s search to see if we’ve reported recent updates on them. If not, leave us a comment on who you’d like us to check in with for a future article. 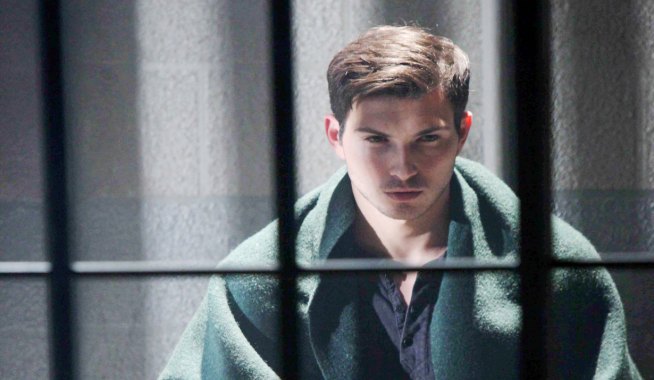 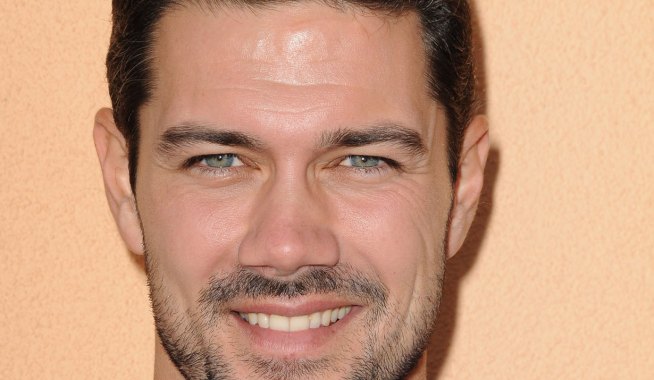