Soap Opera Actors: Where are they now? Kelli Giddish gave birth, Victor Garber got married, as did Leven Rambin and McKenzie Westmore 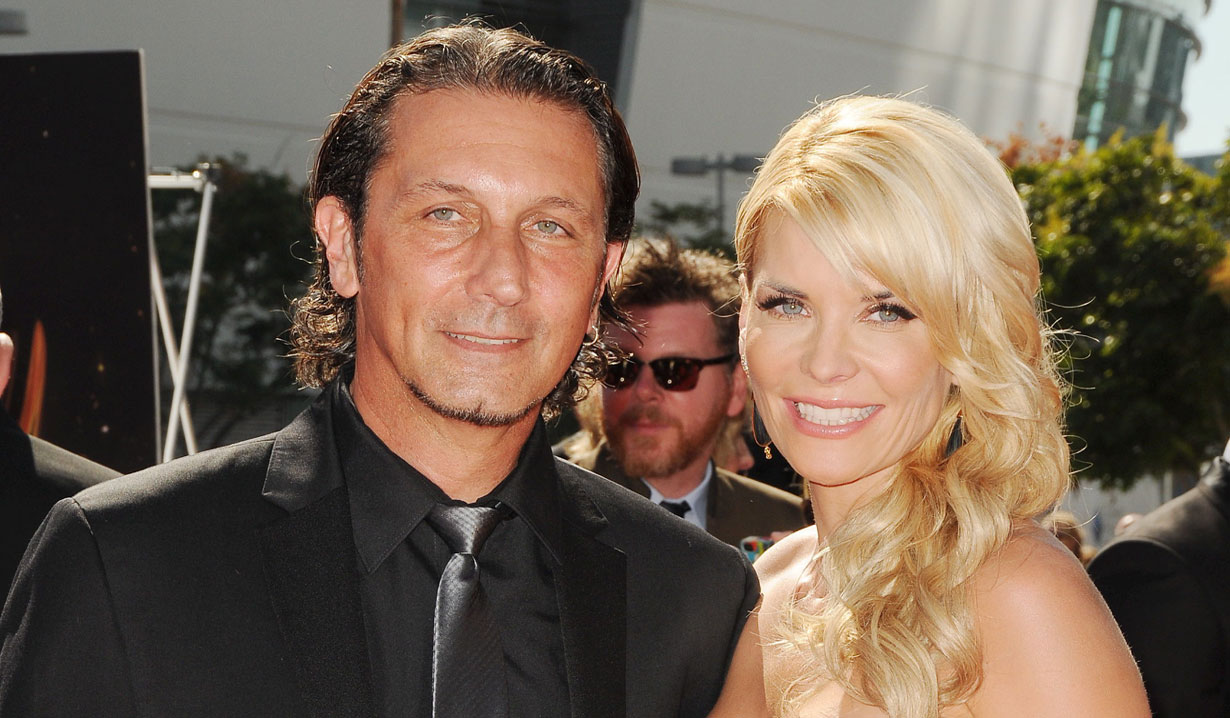 Updates on former actors from canceled soap operas “All My Children,” “As the World Turns,” “Guiding Light,” “Loving,” “One Life to Live” and “Passions” include saying goodbye to a guest star, baby news, a Hollywood honor, weddings, primetime roles and more.

Kelly Ripa receives star on the Hollywood Walk of Fame.
Major congrats go out to “All My Children” alum (ex-Hayley Vaughan Santos, on and off from 1990 to 2010) and host of “Live! with Kelly and Michael” Kelly Rippa who received a star on the Hollywood Walk of Fame. The induction ceremony took place on Monday October 12 at the El Capitan Theatre at 6838 Hollywood Boulevard in Los Angeles, California. The former daytime actress was honored for her lengthy career, which includes numerous Daytime Emmy nominations and wins. Prior to her Pine Valley role, Rippa starred as Faith Fairfield, opposite Faith Ford (ex-Muffy Critchlow, “One Life to Live;” ex-Julie Shearer, “Another World”), in “Hope & Faith” from 2003 to 2006 and has appeared in various primetime roles throughout the years.

The official star. Thank you to everyone for this extraordinary honor.⭐️ #walkoffame

An actual family photo? With all of us in the picture? Thanks Vince Flores/Startraksphoto.com for capturing the unheard of. ⭐️#walkoffame

Susan Lucci surprises a fan on The Best Time Ever with Neil Patrick Harris.
On Tuesday October 13, “All My Children” alum Susan Lucci (ex-Erica Kane, 1970 to 2011) surprised a member of the studio audience of NBC’s “The Best Time Ever with Neil Patrick Harris.” Margarita Montimore had no idea why she was there but soon found out she was part of the ‘Oh, Dear Diary’ segment when Harris revealed her diary from the 1990s. “How did you get that?” she asked and became frantic when Harris looked as though he was going to read it. He quickly clarified, “No, I’m not going to read it. I’m going to have soap opera legend Susan Lucci do it for me.” Watch the videos to see how it all unfolded and stay tuned to season four of “Devious Maids” to see the actress play Genevieve Delatour on Lifetime in 2016.

Kelli Giddish gives birth.
Fans may remember Kelli Giddish for her “All My Children” role as Di Henry from 2005 to 2007 and will currently recognize her as Amanda Rollins on “Law & Order: Special Victims Unit,” a role she’s played since 2007 and crossed over to “Chicago PD” and “Chicago Fire” with. On Tuesday October 6 the former soap star and her husband Lawrence Faulborn welcomed their first child together. Soaps.com sends the couple our very best! Giddish also played Sophia Russo on “The Good Wife” (2011 to 2014) and Courtney on “The Burg” (2006 to 2009). Tune in for her “Law & Order” role Wednesdays at 9:00 PM on NBC.

we are so happy to welcome little Ludo! pic.twitter.com/F9pW7X0s1l

Sarah Michelle Gellar voices Seventh Sister on Star Wars Rebels.
Sarah Michelle Gellar has had a very successful career prior to and after playing Kendall Hart on “All My Children” (on and off from 1993 to 2011). Currently the actress can be heard voicing Seventh Sister during season two on Disney XD’s animation series “Star Wars Rebel,” along with her husband Freddie Prinze, Jr. as Kanan Jarrus. The series is set five years before “Star Wars” episode IV “A New Hope” but fourteen years after “Star Wars” episode III “Revenge of the Sith” and follows a group of rebels who team up on starship Ghost. Tune in Wednesdays at 9:30 PM. The actress recently appeared at NY Comic-Con to talk about the role.

It's going down at @NY_Comic_Con! Ready to talk @starwars rebels and @foodstirs. #NYCC2015 pic.twitter.com/vK5kP5An48

Leven Rambin marries Jim Parrack.
Back in August of 2014 Soaps.com reported that “All My Children” alum (ex-Lily Montgomery, 2004 to 2010) Leven Rambin and Jim Parrack were engaged. We’re excited to follow-up with news that the former soap star and her fiancée (ex-Hoyt Fortenberry, “True Blood”) were married on Saturday October 10 at Le San Michele in Buda, Texas. Soaps.com wishes them a lifetime full of happiness! The actress posted photos from their special day. Most recently she was seen as Athena Bezzerides in season two of HBO’s “True Detective.”

Thank you for marrying me @parrack120!!!! I love you, husband! ❤️? photo by @heathercuriel

Frank Albanese dead at 84.
We are saddened to report that veteran actor Frank Albanese passed away in Staten Island, New York at the age of 84 on Monday October 5. Best known for his role as Uncle Pat Blundettoon on “The Sopranos” from 2004 to 2007, the boxer turned actor had guest appearances on “As the World Turns” and “Loving,” as well as various film, stage and television roles. Soaps.com sends Albanese’s family and friends our deepest condolences.

Victor Garber marries Rainer Andreesen.
Congrats guys! Though there aren’t a lot of details surrounding the event, “Guiding Light” alum Victor Garber (ex-Detective Frank Minnelli, 1986) has married his longtime boyfriend Rainer Andreesen. The couple has been together for sixteen years and eloped in Tofino, Canada as noted in the #hashtags in Andreesen’s Instagram post below. Garber currently stars as Dr. Martin Stein on the CW’s “The Flash” and has numerous credits to his successful acting career.

McKenzie Westmore ties the knot with Patrick Tatopoulos.
McKenzie Westmore and production designer Patrick Tatopoulos were married on Sunday October 11 at the Chateau Le Dome at Saddlerock Ranch Winery in Malibu, California. The actress is known to daytime fans for her role as Sheridan Crane on “Passions” from 1999 to 2008 and as Dr. Riley Sinclair on “All My Children” from 2008 to 2009. The couple was engaged in 2014 after meeting on Westmore’s reality show “Face Off,” which she hosts Tuesdays at 9:00 PM on SyFy. Soaps.com congratulates the happy couple!

Leave us a comment on one of your favorite soap alums and use Soaps.com’s search option to make sure we haven’t already delivered the goods.