B&B, Days, GH and Y&R Stars: Where are they now? From Eric Winter producing to Julie Berman recurring on Chicago Med 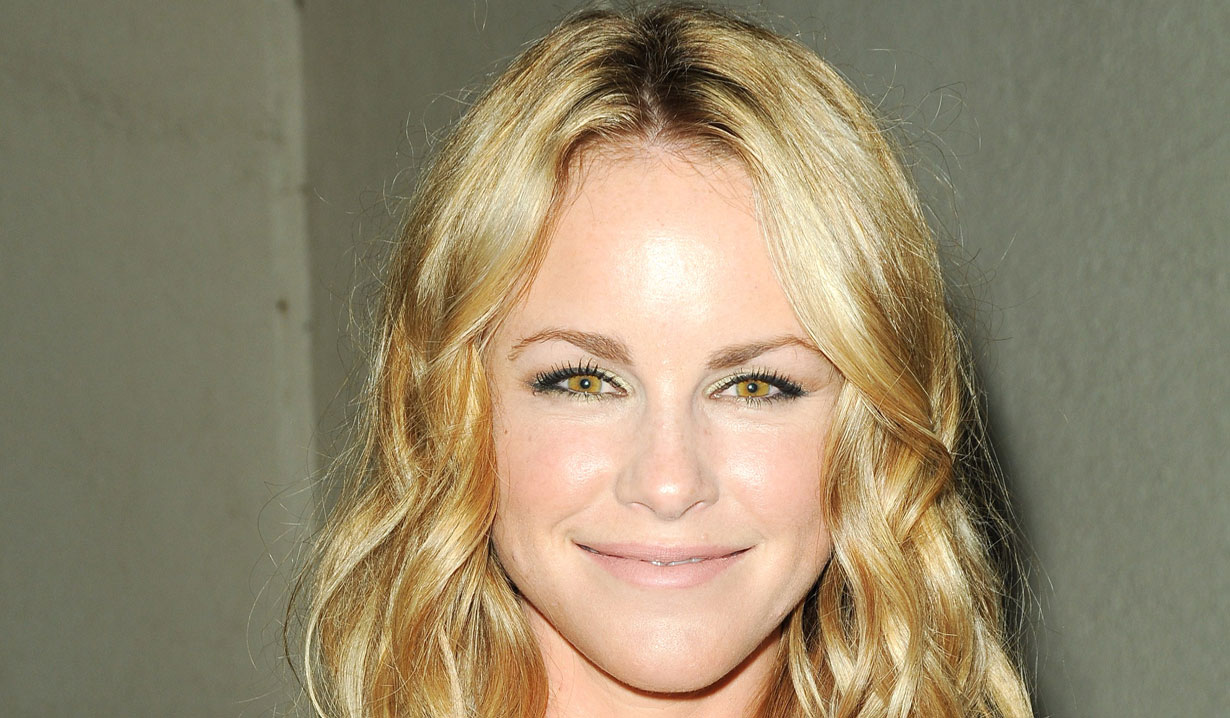 There’s a new doctor in the house.

In this week’s column Soaps.com has located former actors of “The Bold and the Beautiful,” “Days of our Lives,” “General Hospital” and “The Young and the Restless” in new commercials, a beauty site, behind-the-scenes positions, primetime roles and unfortunately in trouble with the law.

Jennifer Finnigan in Angels of Christmas.
The Hallmark Channel’s Countdown to Christmas begins on Saturday October 31 and will feature many new premiere holiday movies, one of which stars a former “The Bold and the Beautiful” actress. Jennifer Finnigan (ex-Bridget Forrester, 2000 to 2004) will appear as Susan in “Angels of Christmas” opposite Jonathan Scarfe (Brady), who recently starred with “Days of our Lives'” (Sami) Alison Sweeney in Love on the Air. The film follows the story of how Susan and Brady meet following the publication of Susan’s article surrounding a 100-year-old, hand-carved heirloom Christmas angel. Neither realizes that the angel is responsible for bringing them together and soon details about the captivating artifact are revealed. Tune in on Sunday November 29 at 8:00 PM.

Dan Martin in State Farm commercial.
Dan Martin has played the recurring role of “The Bold and the Beautiful’s” Lt. Bradley Baker on and off since 1997. He recently turned up in August and in 2013 prior to that. These days the actor is playing the father of a college bound student in State Farm Insurance’s latest commercial to hit the television circuit. Earlier this month, Martin played Murph on the new Rob Lowe FOX comedy “The Grinder” and appears as a minister in the film “The Night Before,” starring “All My Children” alum Colin Egglesfield (ex-Joshua Madden, 2005 to 2009).

Eric Winter and Eva Longoria team up to produce Zone of Silence.
It’s always fun when two soap alums join together for new projects and Soaps.com has a neat one to report. “Days of our Lives'” Eric Winter (ex-Rex Brady, 2002 to 2006) and “The Young and the Restless'” Eva Longoria (ex-Isabella Braña, 2001 to 2003; “General Hospital’s” ex-Brenda Barrett lookalike, 2000) will act as co-executive producers in the upcoming NBC project “Zone of Silence.” Written by Rashad Raisani, the premise will be set in the Mapimí desert area of Mexico and will follow a phenomenon surrounding a complete communications blackout. Stay tuned for future details. The actress also worked with a “Y&R” alum when Eva Longoria and Jeff Branson starred in Visions. Winters was seen in the contract role of Dash Gardiner on Lifetime’s “Witches of East End,” which was canceled in 2004, and thanks his fans for their continued support:

Much luv to all of our @WitchesEastEnd fans. Your passion and support is unwavering! THANK YOU! #WitchesOfEastEnd pic.twitter.com/NOeCWEkpKr

Vivica A. Fox guest stars on Empire.
“Empire,” one of primetime’s hottest series, will feature former daytime actress Vivica A. Fox during season two. She’ll appear as Cookie’s (Taraji P. Henson) older sister in episode eight this November. Tune in to FOX at 9:00 PM. Fox played Stephanie Simmons on “The Young and the Restless” from 1994 to 1995, Maya Reubens on “Generations” from 1989 to 1990 and Carmen Silva on “Days of our Lives” in 1988.

John Stamos charged with DUI.
Back in June Soaps.com reported that “General Hospital” alum (ex-Blackie Parris, 1982 to 1984) John Stamos was arrested for DUI. TMZ is reporting that the actor has now been charged with DUI and could very well face six months in jail. Since his arrest Stamos completed a thirty-day rehab program and took to Twitter with an update on his health. He currently stars as Jimmy Martino in FOX’s “Grandfathered,” which airs Tuesdays at 8:00 PM and received six more script orders.

I’m back! Took a month to take care of things. Healthy. Feeling grateful for the love & support of family & friends. pic.twitter.com/enQ5D99nRG

Julie Berman to Chicago Med.
Julie Berman held the role of “General Hospital’s” Lulu Spencer from 2005 to 2013 and crossed over to “General Hospital: Night Shift” in 2007. She has since landed a recurring role as Dr. Toni Zanetti on NBC’s “Chicago Med.” TVLine has learned that her character is not only a brilliant surgeon but a sexy, confident woman who catches the eyes of many. The “Chicago Fire” spin-off will premiere on Tuesday November 17 at 9:00 PM and will contain thirteen episodes. Look for the Daytime Emmy Award winning actress to first appear in episode three.

Natalia Livingston in Online Seduction.
This weekend Natalia Livingston (“Days of our Lives'” ex-Taylor Walker, 2011; “General Hospital’s” ex-Emily Quartermaine/Rebecca Shaw, 2003 to 2009) will be appearing on the Lifetime original movie Online Seduction, previously titled Geo Tag. The actress plays a mother, whose son is kidnapped while in the care of her daughter Isabel. The oldest sibling then uses geotagged photos in order to find her brother. Tune in for its premiere on Saturday October 31 at 8:00 PM.

Before you go trick or treating, check out my new movie, “Online Abduction”, on Lifetime this Saturday at 8pm EST! pic.twitter.com/p67o1ply7W

Nia Peeples launches Beautiful by Nina.
Nia Peeples (The Young and the Restless'” ex-Karen Taylor, 2007 to 2009) has launched a new website Beautiful by Nina, a ‘holistic and sustainable approach to beauty, body and being’. As fans tour the website they’ll be able you get answers to various beauty, body and being questions, read blogs, get advice, try fun recipes, purchase products and more! The actress currently plays Pam Fields on Pretty Little Liars, which returns in January, and is working on numerous projects including “The Untold Story,” “Miracle Underground,” “Alaska is a Drag” and others.

Guess what? #Matcha Tea has 10 times the #AntiOxidants that any of these foods have. And guess where you can get the best brand? @beautifulbynia!!! (a little coincidental plug) Haha! #matchatea #mymatchalife #healthyliving

Redaric Williams onstage in Mama’s got a Plan.
Tyler Michaelson may have vanished from Genoa City without saying goodbye, but former “The Young and the Restless” actor Redaric Williams has turned up and will be heading onstage in the TJ Hemphill production “Mama’s got a Plan.” The audience will watch the drama unfold between two brothers, very much the opposite, a gorgeous woman and a scandalous diva. Performances will run from November 12 through 15 at the Fisher Theatre at 3011w Grand Boulevard #F100 in Detroit, Michigan. Visit the link or call the number in the tweet below for ticket information.

“Moma’s Got A Plan” written and directed by T.J. Hemphill On stage at the Fisher Theatre Staring… https://t.co/T1pmFxojNt

Cady McClain acts as Mistress of Ceremonies on her birthday.
Cady McClain (“Y&R’s” ex-Kelly Andrews, 2014 to 2015; “All My Children’s” ex-Dixie Martin, 1989 to 2011; “As the World Turns'” ex-Rosanna Cabot, 2003 to 2010) celebrated her birthday at City Hall in downtown Los Angeles on Tuesday October 13 by introducing Los Angeles Mayor Garcetti during Domestic Violence Awareness Day. The event honored all who work in the field to fight against domestic violence with hopes of bringing continued awareness nationwide. The former daytime actress served as Mistress of Ceremonies for the event. McClain is married to Jon Lindstrom (“General Hospital’s” Kevin Collins, “As the World Turn’s” ex-Craig Montgomery, “Santa Barbara’s” ex-Mark McCormick) who was by her side and gave a very special shout out to his wife on her birthday.

View photos as “All My Children” alum (ex-Hayley Vaughan Santos) Kelly Ripa receives a star on the Hollywood Walk of Fame and don’t miss the abundance of wedding and baby news surrounding former actors of canceled soaps.

As always, leave us a comment on other actors who you’d like Soaps.com to catch up with and use our search option, as we may have already reported news on some of your favorites. 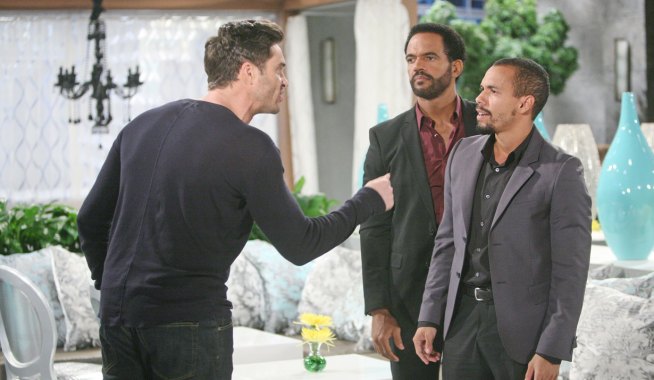 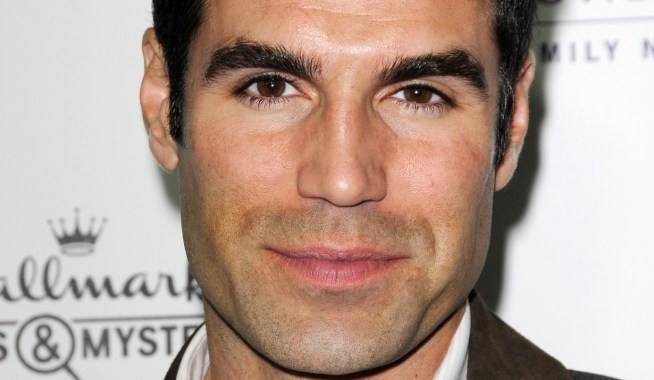