Soaps Spoiler Digest: Battling over lingerie and driving Sharon over the edge 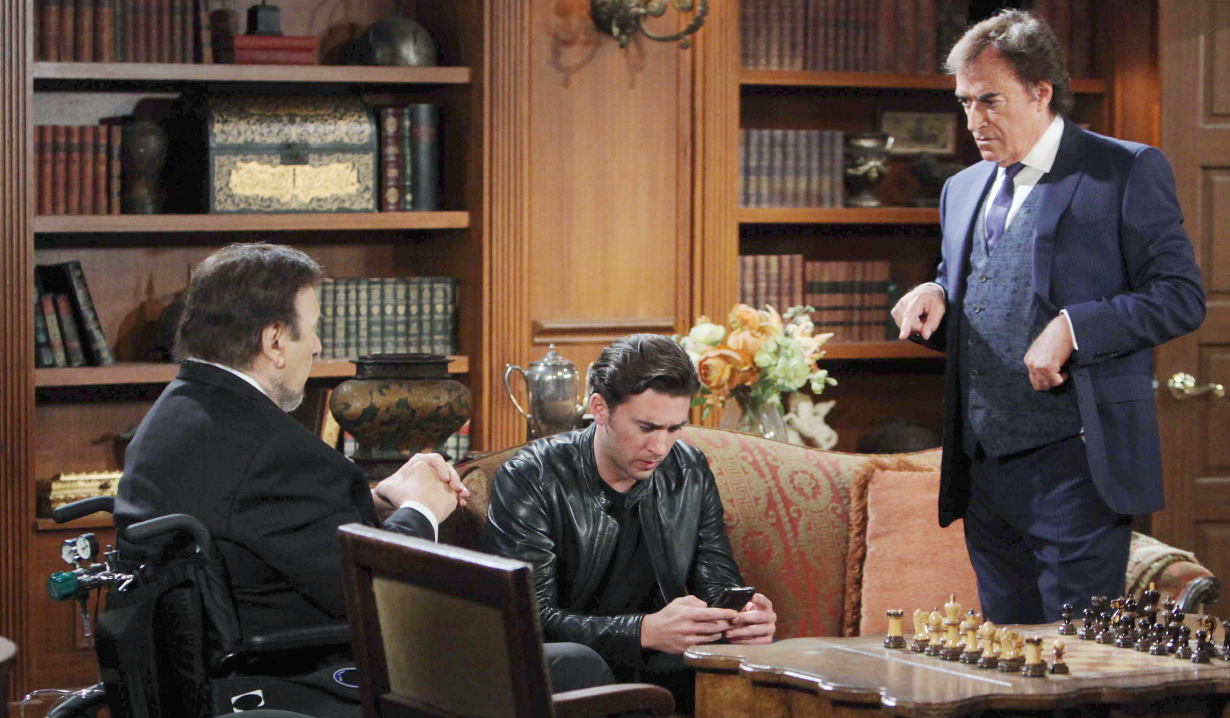 The Bold and the Beautiful:
It’s hard for Caroline to keep her pregnancy a secret when she’s sick at the office. After Liam sends out for a pregnancy test, Brooke begins to needle Ridge, who insists that he’s not sterile. After Ivy’s first lingerie shoot turns stiff, Liam pushes her and Steffy to make peace. And Zende’s bond to Nicole quickly grows stronger. Check out The Bold and the Beautiful spoilers to find out who winds up in an embarrassing situation.

Days of our Lives:
While the people of Salem grieve for their latest loss, Andre decides it’s time to make his presence known. Meanwhile, Ben confesses that he’s the killer to someone as Aiden drives ahead with a deadly plot. After Sonny leaves town, Steve isn’t far behind. Following some of Caroline’s visions, he heads off to Mexico to search for Bo. And Shawn shows up as Hope’s wedding plans are in full swing. Read the Days of our Lives spoilers to discover who gets some shocking news from Rafe.

General Hospital:
After Jake grills Nikolas about his mysterious past, Spinelli stumbles on something that might be useful. Meanwhile, Laura tweaks the fact that things are a bit off with Little Jake. Across Port Charles, Anna makes a disturbing discovery, but it may not be as disturbing as what Alexis learns from Julian. And Kiki winds up helping Nina through an awkward visit while Michael delivers some good news to Sonny. Read Soaps.com’s General Hospital spoilers to find out who throws Liz a bridal shower.

The Young and the Restless:
While Adam faces questions from Victor, Michael prods Chelsea to admit how she really feels about Adam. Someone else’s judgement is probably more important as his trial winds down. Meanwhile, Nikki tries reaching out to Neil while Ashley pushes Jack away because of his questionable loyalties, and Patty shoves Sharon to the edge. Across Genoa City, Cane gets caught in a position that could land him in trouble. Visit The Young and the Restless spoilers to learn who Noah turns to for help with Marisa.