B&B, Days, GH and Y&R Stars: Where are they now? From John Stamos’ soap to Charles Shaughnessy cooking 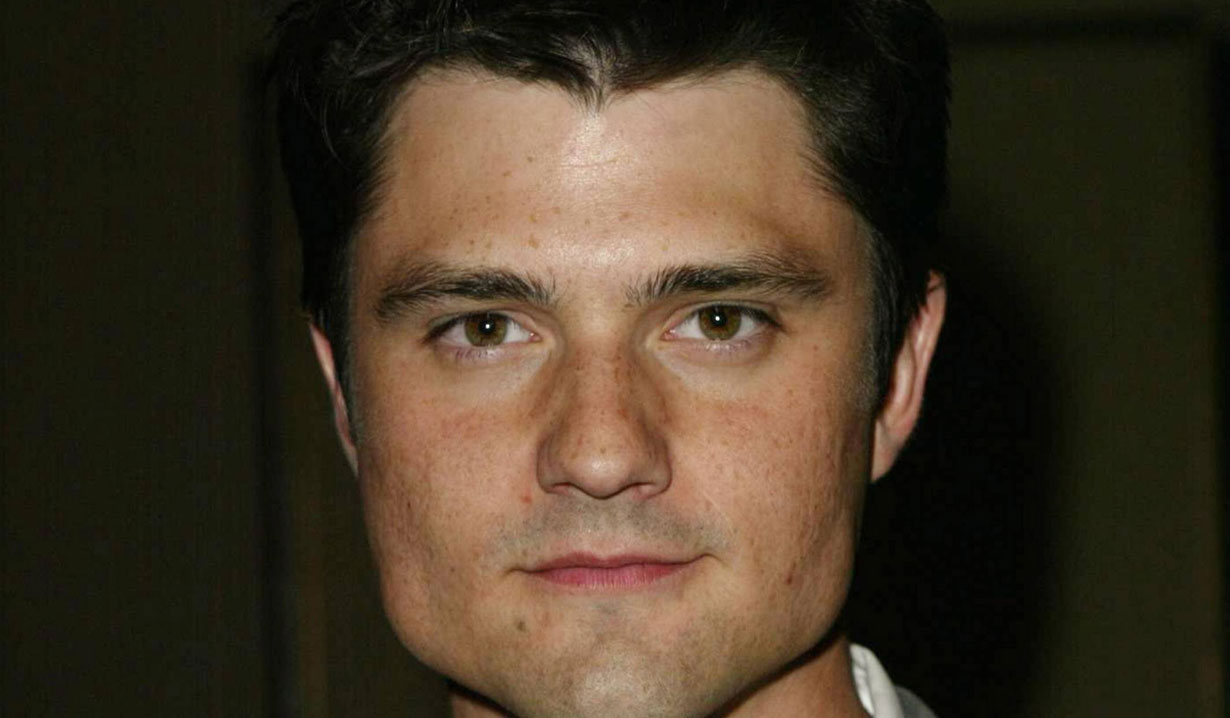 What’s he been up to these days?

Fans have asked and Soaps.com took some time out to check in with a few former actors of “The Bold and the Beautiful,” “Days of our Lives,” “General Hospital” and “The Young and the Restless,” as well as located film, stage and primetime appearances, re-elections and more!

Clyde Kusatsu re-elected as National VP for SAG-AFTRA’s Los Angeles branch.
Veteran actor and former daytime guest-star Clyde Kusatsu has been re-elected as the National VP for SAG-AFTRA’s Los Angeles branch. The announcement came at the SAG-AFTRA biennial convention on Friday October 2. He was also voted in as the union’s president in 2013 for a two-year term. Fans will remember him for his CBS roles as “The Bold and the Beautiful’s” Judge Clayton from 2010 to 2012 and as Dr. Dennis Okamura on “The Young and the Restless” from 2006 to 2012. Most recently he could be heard as the store owner in the animated series “Major Lazer” in the episode titled “Fizzy Fever.” Soaps.com sends Kusatsu our congratulations!

Fred Willard’s new DirecTV commercial.
Fred Willard hit the daytime scene in 2014 as John Forrester on “The Bold and the Beautiful” and has had many, many roles since his acting debut in 1966 on such series as “The Love Boat,” “Family Matters,” “Roseanne,” “King of the Hill” and “Modern Family.” Currently he can be seen in the latest DirecTV commercial sweeping the airwaves. Take a look at the humor in the ‘why settle for cable’ pitch below:

Constantine Maroulis onstage in Breaking Through.
“The Bold and the Beautiful” alum Constantine Maroulis (ex-Constantine Parros, 2007; “American Idol”) will be heading back to the stage for the world premiere musical “Breaking Through.” Based on the book by Kirsten Guenther, a young singer/songwriter sets out to explore and find her way through the very difficult music business. Maroulis will star as Scorpio when the show previews on Tuesday October 27 with the official opening on Sunday November 1 at The Pasadena Playhouse at 39 South El Molino Avenue in Pasadena, California. The play will run through Sunday November 22. Visit the link for tickets or call 1-626-356-7529. Learn more about what attracted Maroulis to his new character:

Nikki Deloach and Ryan McPartlin star in You Cast a Spell On Me.
Two former NBC soap stars have come together to star “You Cast a Spell On Me.” Nikki Deloach, who played Brenda on “Days of our Lives” (2007 to 2009) and Ryan McPartlin, known for his role as Hank Bennett on “Passions” (2004), play Sara and Matt. The film debuts on the USA Network on Sunday October 25 at 7:00 PM and surrounds Matt, a witch, who meets a psychiatrist, Sara, and finds his magic has been lost – only to be gained by his new love interest. Deloach has played Lacey Hamilton on MTV’s “Awkward” since 2011. Keep an eye out for McPartlin in the made for television movies “Do it Yourself” as Tyler and “Heaven Sent” as Sean Miller.

Charles Shaughnessy will Dish It Out.
“Days of our Lives” alum Charles Shaughnessy (ex-Shane Donovan, 1984 to 2013) will be turning up during season three on the online cooking series “Dish It Out” with Tony Spatafora and took to his official Facebook page to share a behind the scenes video. The series is described as an “off the wall approach to cooking” where “good food, great laughs” come together. Keep an eye on Dish It Out for details on when and where the episode will air.

Where’s Chad Brannon been these days?
Chad Brannon’s first daytime role was playing a boy on “Days of our Lives” in 2000 after appearing in primetime on “Walker, Texas Ranger,” “Malcolm in the Middle,” “Undressed” and “Jag.” However, the actor will be remembered most for his Daytime Emmy winning role as Zander Smith (aka Alexander Lewis) on “General Hospital” from 2002 to 2004. The character was presumed dead during a murder mystery surrounding the fire at the Port Charles Hotel then later found alive by Emily Quartermaine (Natalia Livingston). Once she realized he was mentally unstable, she convinced him to turn himself in for killing a maintenance man before the fire erupted but was shot by police when he appeared to be reaching for a gun in the process. Though he resurfaced in Port Charles in 2009 as Aaron, a man Rebecca Shaw (Livingston) spotted on a plane to Paris who looked like Zander, in recent years Brannon has had guest roles on “The Cleveland Show,” “CSI: Crime Scene Investigation” and voiced characters on “American Dad” from 2010 to 2014, as well various other voiceovers. He’s currently married to Carly Brannon. Watch this video of the actor and his little ones.

you never know when a ninja will appear around here…they’re stealthy like that ?

What ever happened to Kevin McClatchy?
Soap fans may remember Kevin McClatchy as Nick Hudson on “Another World” from 1995 to 1996. Prior to that he played Vinnie Morrison on “Guiding Light” in 1993 and went on to appear on “One Life to Live” in 1999 as Brian Harris. McClatchy was last seen in daytime in the mid-2000s with roles on “General Hospital” (ex-Evan Tucker, 2005) and “The Young and the Restless” (ex-Kurt Dornbush, 2006). He’s appeared in primetime and film throughout the years on such series as “ER,” “Pacific Blue,” “The Practice,” “The X-Files,” “NCIS,” “Unstoppable” and is currently working on the 2016 television series “Outsiders” as Roger and is said to be taking part in the 2017 project “Star and the Snowman.” McClatchy also reached out to Soaps.com via Twitter to let us and fans know that life’s been good these days. He’s the assistant director at the Department of Theatre at Ohio State University and is taking part in the symposium “Responsibility, Morality, and the Costs of War,” as well as a special project to study whether or not Shakespeare’s plays can be used as a teaching and therapy tool to have long-term benefits for people with autism. Learn more through the links within his tweet and watch the video featuring McClatchy thereafter.

Jimmy Deshler cast in Strange Ones.
Jimmy Deshler was last seen in daytime when his “General Hospital” character Rafe Kovich, Jr. was taken off of life support on July 16, 2014, with injuries due to a car accident. In August he appeared as Marty Schirra on “The Astronaut Wives Club” and will turn up next as Adam in the upcoming Brian A. Metcalf project “Strange Ones.” Shooting for the drama took place in Los Angeles and is based on an abused high school student who accidentally awakes a demon (Thomas Ian Nicholas, “American Pie” films, “Santa Barbara” ex-young Steven Slade, 1990), which sets forth a series of revenge plots surrounding those who hurt her. Keep an eye out for its 2016 premiere.

John Stamos and Julianne Moore team up with James Corden in Taylor Swift themed soap opera The Bold and the Lyrical.
Former soap opera actors John Stamos (ex-Blackie Parrish, 1982 to 1984) and Julianne Moore (“As the World Turns'” ex-Frannie Hughes, 1985 to 1987) were guests on “The Late Late Show” where they acted out a soap opera with host James Corden. Watch the scene from “The Bold and the Lyrical,” as the characters interject various Taylor Swift lyrics including ‘Can’t stop, won’t stop’, ‘I knew you were trouble when you walked in’ and ‘Shake it off’, into their drama-filled life.

Ignacio Serricchio lands BET role in Zoe Ever After.
Ignacio Serricchio (“The Young and the Restless'” ex-Detective Alex Chavez, 2012 to 2014; “General Hospital’s” ex-Diego Alcazar) will be turning up in the new BET comedy series “Zoe Ever After.” Season one was filmed in Atlanta, Georgia and the actor will play a contractor named Miguel as the series follows a single mother (Brandy Norwood) who works to manage kids, dating and her new cosmetics business. Stay tuned for its January premiere. Serricchio also played Diego Alcazar on “General Hospital” from 2005 to 2008 and appeared on CBS’ “Scorpion” last month as Alfonso.

And that’s a wrap on Season 1 of #ZoeEverAfter This is a group that LOVES what they do. They came in with a smile every day, ready to play and have fun. And no one can take that away from us. See you all next season. Peace and Love. @4everbrandy @torysmith2986 @haneefahwood @dorianmissick @ritamcgheeofficial @fashionalita @jmgboyz @whitelicorice #bet #YouAintReady

Looking for news on another actor? Check to see if we’ve already reported updates by putting their name in Soaps.com’s search then leave us your requests in the comments below.