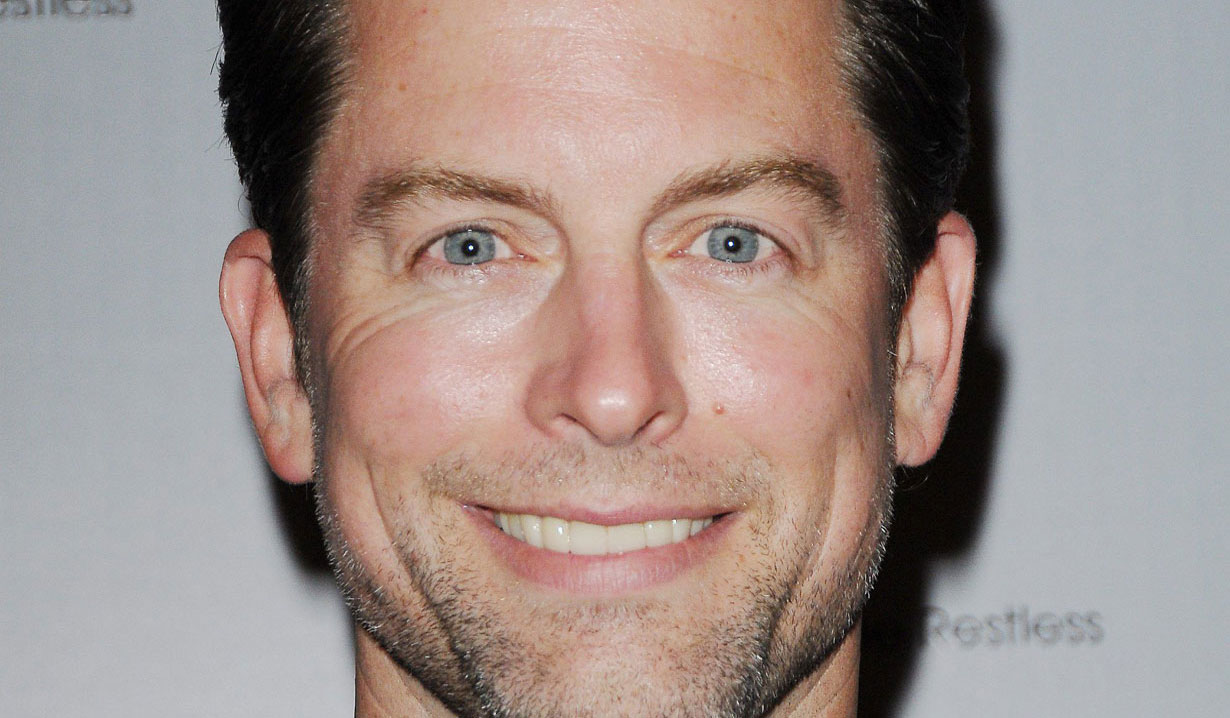 Fighting for a good cause.

Soaps.com has stage, primetime and film appearances, special causes, concert dates, a close call involving an accident and more surrounding former actors of “The Bold and the Beautiful,” “Days of our Lives,” “General Hospital” and “The Young and the Restless.”

Kristolyn Lloyd heads off-Broadway in Invisible Thread.
Kristolyn Lloyd (“The Bold and the Beautiful’s” ex-Dayzee Forrester, 2010 to 2013) has joined the cast of the upcoming off-Broadway production “Invisible Thread.” The actress will play Grace, as the story follows Griffin (Griffin Matthews) who leaves his life in New York behind and travels to Africa to volunteer for a charity. Inspired by a true story, the audience will be taken along on Griffin’s journey as his life changes in unexpected ways. Performances will begin on Saturday October 31 with its official opening on Wednesday December 2 at Second Stage’s Tony Kiser Theatre at 305 West 43rd Street (just west of 8th Avenue) in New York City, New York.

See Ronn Moss and Player live onstage.
Ronn Moss (“The Bold and the Beautiful’s” ex-Ridge Forrester, 1987 to 2012) will be making a stop in North Carolina with his band Player. On Saturday October 3 at 8:00 PM at the Reynolds Memorial Auditorium at 301 Hawthorne Road NW in Winston-Salem, Moss’ band with join others for the Sounds of the 70s concert. Other bands taking part include Ambrosia, Orleans and John Ford Coley. Visit Reynolds Memorial Auditorium for tickets and further information.

A little taste of what you will hear this weekend at the Sounds of the Seventies show.https://www.reynoldsauditorium.com/SOUNDS_OF_THE_70_s.html

Betty White guest-stars on Bones.
“The Bold and the Beautiful” alum Betty White (ex-Ann Douglas, 2006 to 2009) will be making her way to a popular FOX crime drama. Look for her to play Dr. Beth Mayer on “Bones.” Her character will help the team by lending her expertise in the latest murder investigation linked to fantasy football. Season eleven will premiere at 8:00 PM on Tuesday October 1 with White’s episode set to air later that month. The actress wrapped up her five year stint as Elka Ostrovsky on “Hot in Cleveland” when the TV Land series aired its final episode on June 3.

Wanted to let you know first that I will be joining the @BONESonFOX family for an upcoming episode this fall! #Bones

Brian Gaskill’s car hit as a man races away from police.
Brian Gaskill is very lucky and happy to have walked away from a horrible accident that occurred on September 26 in California. The former soap actor and his girlfriend Ambika Leigh were stopped at a red light when a car smashed into theirs, as a man allegedly attempted to avoid police during a high speed chase. Gaskill took to social media shortly after to let his fans know that he and Leigh were okay. Soaps.com is very happy to hear that! On another note, fans will be able to see him in primetime soon on ABC’s “Castle.” Stay tuned for more information, as the series airs Mondays at 10:00 PM. Over the years, he’s appeared on “All My Children” (ex-Robert Warner, 1995 to 1997), “Port Charles” (ex-Rafe Kovitch, 2002 to 2003), “The Bold and the Beautiful” (ex-Oscar Marone, 2003 to 2004), “As the World Turns” (ex-BJ Green, 2005) and “Guiding Light” (ex-Dylan Lewis, 2007 to 2008).

Glad to be #alive… This is me 30 minutes ago…. #car #totaled #highspeedchase me and @AmbikaLeigh are ok https://t.co/uJ5VWHuQaZ

#announcement… I booked an episode of @Castle_ABC @AbcCastle …. #great #news #getting #backtowork

Patrick Muldoon and Catherine Bach team up in My Best Friend.
Two soap opera actors are starring in the upcoming made for television movie “My Best Friend.” Patrick Muldoon (“Days of our Lives'” ex-Austin Reed, 1992 to 2010) and Catherine Bach (“The Young and the Restless'” Anita Lawson) will play Allen and Pearl as the story follows a thirteen year old girl named Kristen (Alexis Rosinsky), who’s forced to leave her life and friends in the big city and move to her grandfather’s ranch to start fresh. Stay tuned for the movie’s release date as well as Patrick Muldoon in A Dogwalker’s Christmas Tale, coming this holiday season.

Bren Foster promoted to series regular on The Last Ship.
If you couldn’t get enough of Bren Foster as SCPO Wolf Taylor on The Last Ship you’ll be getting even more of him during season three of the TNT series. The actor debuted in the role back in July during season two and can be recognized by daytime fans as former Salem bad boy Quinn Hudson of “Days of our Lives” (2011 to 2012). The upcoming thirteen-episode season is set to premiere in the summer of 2016.

John Stamos helps Jimmy Kimmel act out an opening sitcom theme song.
John Stamos (“General Hospital’s” ex-Blackie Parrish, 1982 to 1984) recently took the stage with host Jimmy Kimmel of the late night talk show “Jimmy Kimmel Live” and gave him some acting tips. Kimmel expressed wanting to be a part of an opening theme song, so Stamos put a set together and instructed his host on their fake sitcom “Fun Guys.” Watch the video where Stamos guides Kimmel by saying, “Jimmy, you gotta give it some face.”

Stamos can currently be seen on the new FOX series “Grandfathered” as Jimmy Martino. The series follows a recently divorced bachelor (Stamos) who finds out he has a son – and a granddaughter – as a result of a one-night stand he had years ago. The comedy airs Tuesdays at 8:00 PM and debuted on Tuesday September 29 with 5.3 million viewers.

Shemar Moore in Kill Me Deadly.
Shemar Moore (“The Young and the Restless'” ex-Malcolm Winters, 1995 to 2014) will appear in the film noir comedy Kill Me Deadly, starring Lesley Anne Down (“The Bold and the Beautiful’s” ex-Jacqueline Payne Marone). The actor plays Bill the Piano Player, as the 1947 story follows private investigator Charlie Nickels and how his latest investigation forces him to trust a dame – something he vowed never to do again. Moore can also be seen as Derek Morgan (a role he’s played since 2005) when “Criminal Minds” returns with season eleven tonight at 9:00 PM on CBS.

Debbi Morgan on Oprah: Where Are They Now?
Debbi Morgan is known for her “All My Children” role (ex-Angie Hubbard, 1982 to 2013) as well as her time spent on “The Young and the Restless” (ex-Harmony Hamilton, 2011 to 2012). The actress, who currently plays Estelle on Starz’s “Power,” will be turning up on the OWN Network next month. On Saturday October 3 Morgan will sit down with host Oprah Winfrey on “Oprah: Where Are They Now” to discuss her family’s long history of domestic violence. Tune in at 10:00 PM.

Join Michael Muhney at this year’s L.A. Cancer Challenge Walk/Run.
“The Young and the Restless” alum Michael Muhney (ex-Adam Newman, 2009 to 2014) will once again act as the honorary chairperson for this year’s “18th Annual L.A. Cancer Challenge 5K/10K Walk/Run,” which benefits the Hirshberg Foundation for Pancreatic Cancer Research. The event takes place on Sunday October 25 at the Warner Center Park at 5800 Topanga Canyon Boulevard in Woodland Hills, California. The actor lost his uncle to the disease and fans can help him in the fight against Pancreatic Cancer by visiting his fundraising page through the link below:

View photos and find out details for the auction of the Betsy Komline house, formerly used on Guiding Light, plus other scoops on what the actors of canceled soaps have been up to these days.

Search Soaps.com’s website for other past actor updates and leave us your requests in the comments and we’ll see what we can find out about other former daytime favorites. 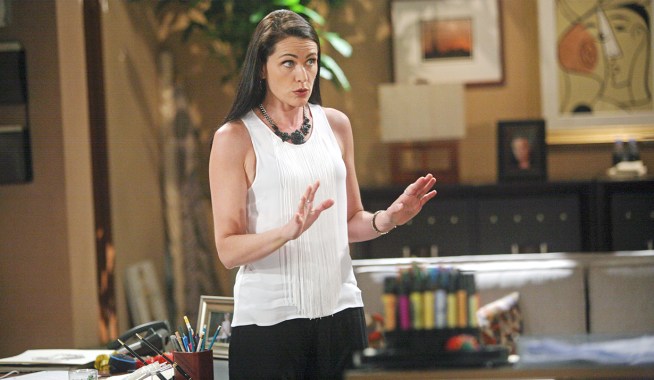 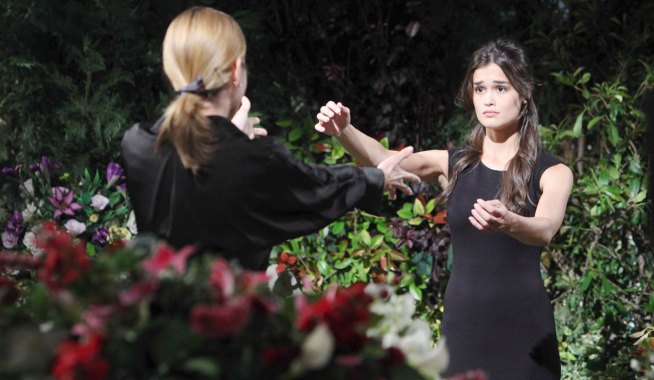