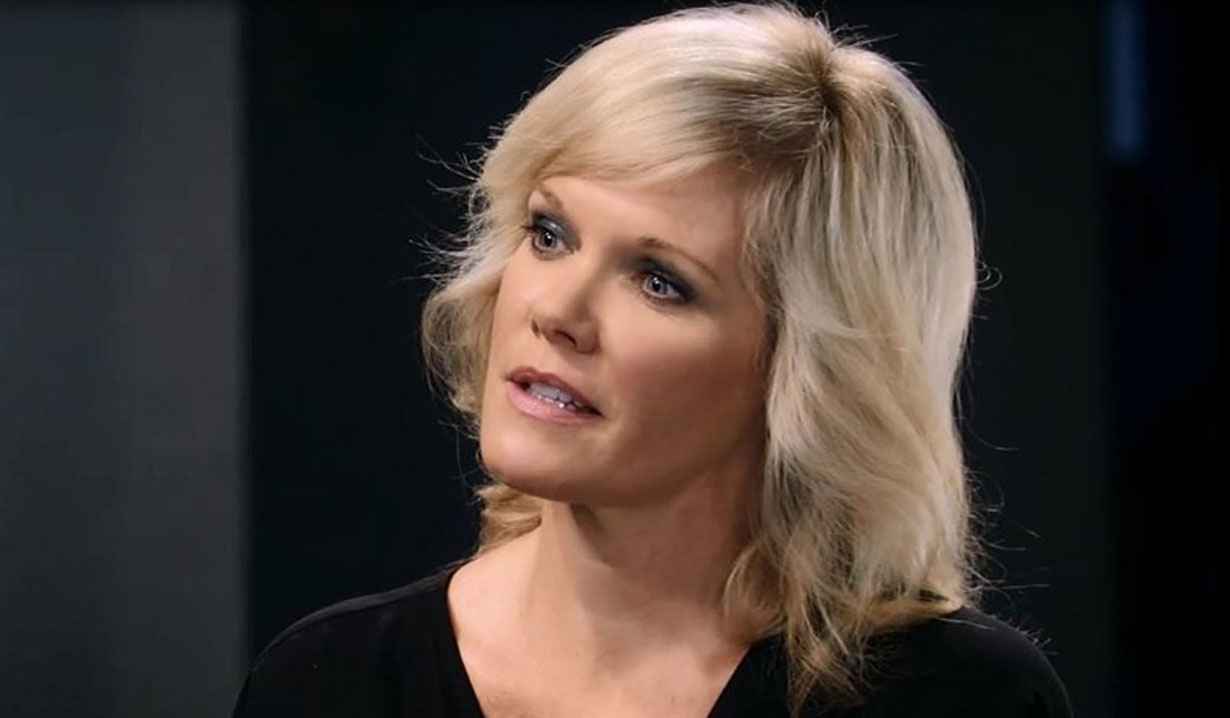 Ridge and Caroline received conflicting medical news on “B&B.” The Necktie Killer was revealed on “Days.” Sonny referred to Jake as Jason on “GH,” and Sharon shunned Patty on “Y&R.”

Get a quick rundown of what went on this week in daytime through our blurbs below or for a deeper look into each storyline read Soaps.com’s daily soap opera recaps and watch this week’s Soaps Roundup with Cathy Rankin!

The Bold and the Beautiful:
Zende overheard Nicole and Thomas talking about their kiss. After he confronted them, Nicole privately assured Zende that Thomas kissed her to take his mind off of something else and that it meant nothing. Zende and Nicole admitted their feelings for each other and finally planned a date. Elsewhere, while everyone shared their differing opinions about Ridge and Caroline’s marriage, Ridge visited a doctor and agreed to a fertility test before the vasectomy reversal. Later, he shared the results with Brooke. Ridge was infertile and couldn’t give Caroline a baby. Brooke urged Ridge to tell Caroline the truth. All the while, Caroline visited her OB/GYN and learned she was pregnant. She recalled sleeping with Thomas and feared who the father of her baby was. When she went home and Ridge told her about his vasectomy, her fears came true. Read the Bold and the Beautiful daily recaps to find out how Ivy planned to get her job back.

Days of our Lives:
Bo attempted to escape, as Steve found Joey hiding on the plane in route to locate Bo. Andre DiMera arrived in Salem, as did Paige’s father Eddie. Eve lashed out at Eddie for abandoning their daughter. Eddie ran into Rafe – his son, who was furious to see him. Since Eddie abandoned Rafe and his sisters as well, Gabi didn’t recognize him. Later, Eve told Rafe about his connection to Paige. Elsewhere, Caroline saw Shawn again, which caused concern. Nicole overheard Theresa talking to her silent partner at the mansion then confronted Kate. Ben seethed at Abby after finding her with Chad at the hospital. After another hypnosis session with Chad, where he remembered parts of the night of Serena’s murder, Marlena was attacked by the Necktie Killer. Though Chad returned and scared the killer off, Marlena awoke to see Chad and pinpointed him as the killer – when in fact, the killer was Ben! Read our Days of our Lives daily recaps to hear who took an interest in Abe.

General Hospital:
Carly and Liz listened as Sonny, in a morphine-induced state, called Jake Jason and begged him to protect his family, as Morgan held Julian and Alexis at gunpoint at the cabin. Michael arrived and managed to get Morgan to release them. Elsewhere, Sam tuned down Patrick’s marriage proposal, due to the timing being so close to what would’ve been her and Jason’s anniversary. After Liz and Jake set a wedding date, he found Sam at the Noodle Buddha, the place where she and Jason were married. At the mansion, Maxie urged Dillon and Tracy to give Paul a chance. Paul visited Ava with the stolen flash drive and admitted he was behind Sonny’s demise. He informed that Lomax made him DA and blackmailed her into working with him to take over the Corinthos and Jerome territories. She finally agreed to Paul’s terms… He’d act as a silent partner so his family wouldn’t uncover his deception. Read our General Hospital daily recaps to learn how Carly reacted when Ava ordered her to hand over Avery.

The Young and the Restless:
Victor found Sage buckled over in pain. After being rushed to the hospital, everyone learned Sage had a parasite of the intestines. Sharon was stunned to see Patty Williams at Fairview and refused her offer of friendship. It wasn’t long before Patty overheard Sharon talking to Mariah about her miscarriage. Adam visited Ian, ordered him to cancel dinner with Phyllis and insisted he move out of the trailer. Ian did just that, moved across the hall from Adam and watched online as the cyber attack put the Newmans against the Abbotts – with Ashley coming out on top. Gwen became suspicious and followed Neil to the dream house. She alerted Devon, who soon turned up and confronted Neil. Neil claimed he was renovating with plans to give the house to Hilary and Devon, should she return. Later, feeling backed into a corner, Neil contemplated letting Hilary die. Read The Young and the Restless daily recaps to hear how Michael and Lauren reconnected, why Ben and Abby broke up and if Luca finally agreed to give Marisa a divorce.