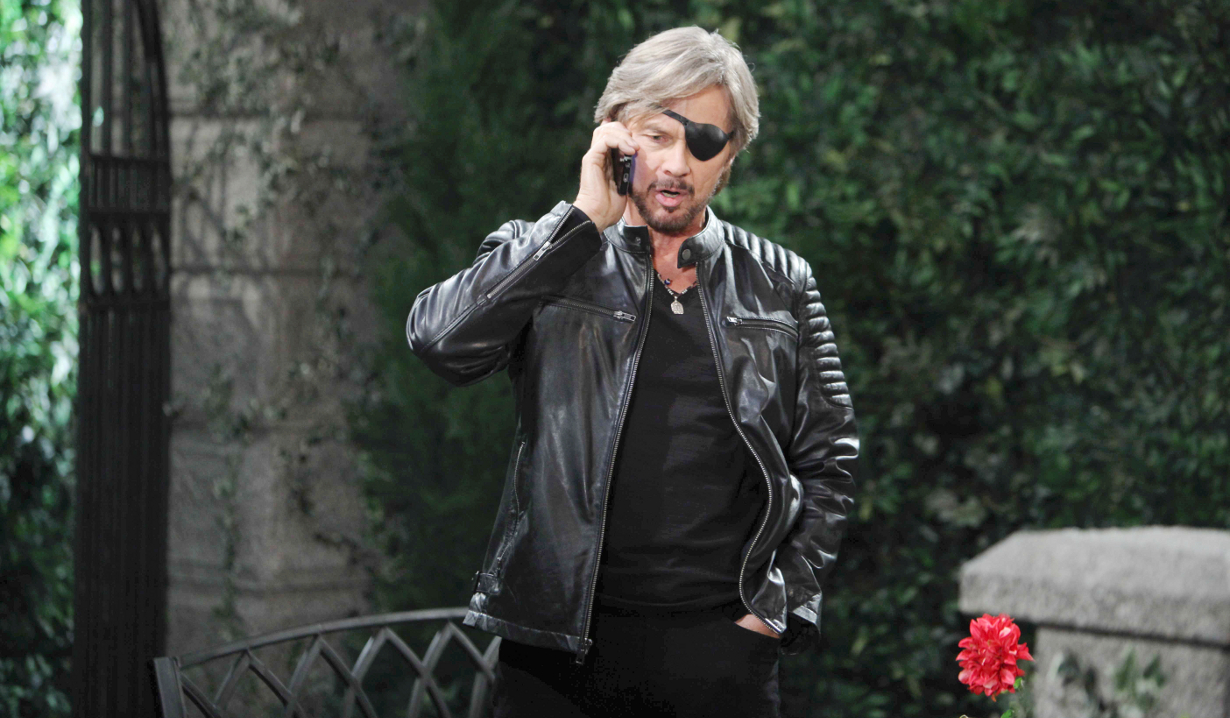 Some cuts run deeper than others.

The Bold and the Beautiful:
The battle for control of Forrester has Liam stuck in the middle. As Ivy plots to get her position back, Quinn worries about why Wyatt has not been acting the way she expected. Meanwhile, Caroline may have to dial back her expectations. She’s eager to start a family with Ridge. Little does she know that he’s had a vasectomy. Check out The Bold and the Beautiful spoilers to discover who kisses Nicole.

Days of our Lives:
Steve heads off to find Bo, but Joey tags along. While they circle in on the missing man, back in Salem Marlena struggles to save herself from the Necktie Killer. Meanwhile, Abby tries to save Chad, which only further enrages Ben. And the town gets crowded as Andre returns along with Paige’s father and a cop from Miami. Read the Days of our Lives spoilers to learn what makes Nicole furious.

General Hospital:
As Sam mourns Jason and Jake offers to help Carly, Liz panics about a slip that Sonny makes. Across Port Charles, Alexis asks Paul to help her track down who has been attacking the Corinthos organization. Julian also gets a helping hand from Sam while Ava turns to Scott to help her get Avery back. And Olivia looks to Tracy when she decides it’s time to bring Leo home. Read Soaps.com’s General Hospital spoilers to find out who makes a bold move.

The Young and the Restless:
As Ian schools Adam in the art of revenge, Phyllis fills Jack in about the mysterious man she met. As the Newmans and Abbotts prepare for the next stage in their neverending feud, Victor starts forcing Marisa’s hand and Jack battles with his sister. Across Genoa City, Sharon’s secret gets close to coming out and ruining her life, but Michael and Lauren seem to be getting their lives back on track. Visit The Young and the Restless spoilers to learn who has some bad news for Adam.