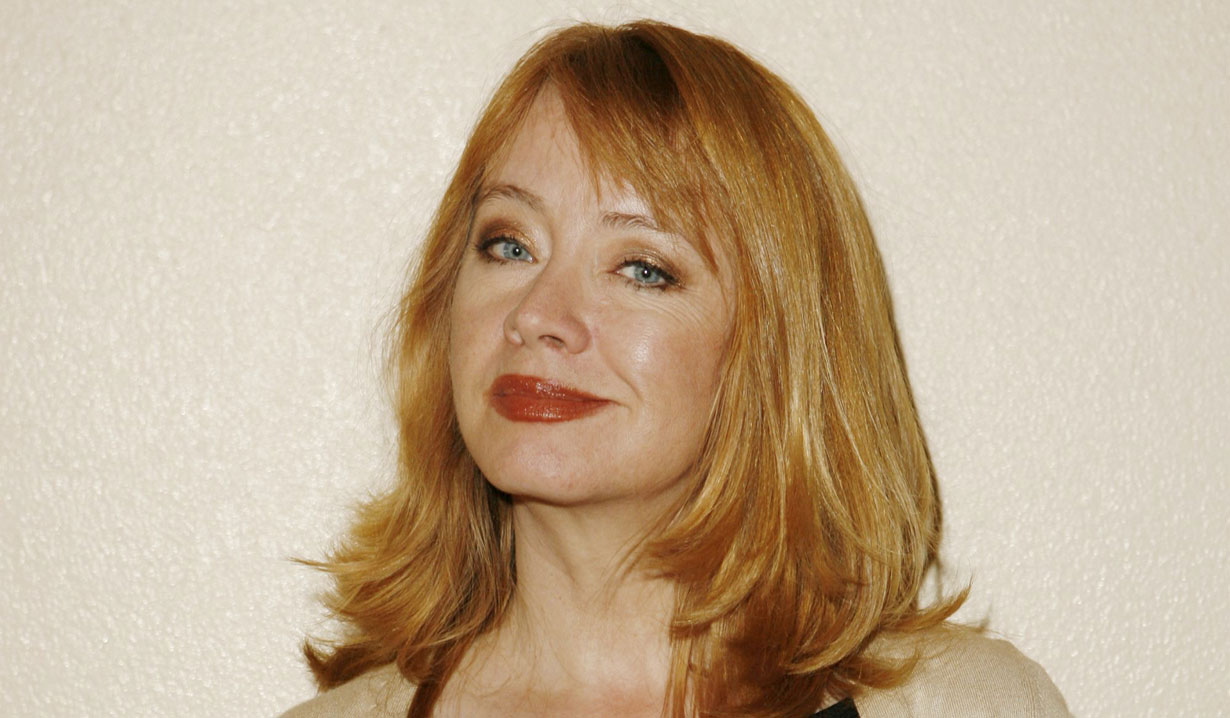 Come out to walk for a good cause.

A former daytime home is set to be auctioned in this week’s column surrounding alums of defunct soap operas “Another World,” “As the World Turns,” “Capitol,” “Dark Shadows,” “Guiding Light,” “One Life to Live,” “Ryan’s Hope,” “Search for Tomorrow” and “Young Dr. Malone,” as well as an award show, an event to help some furry friends, remembering two daytime actors and more.

Martha Byrne to receive award at the Miami Web Fest.
Martha Byrne (“General Hospital’s” ex-Andrea Floyd, 2009; “As the World Turns'” ex-Lily Snyder, 1985 to 2008) produced and starred in the web series “Anacostia” and “Weight” and will be recognized for her work at this year’s 2nd Annual Miami Web TV Awards. Appearing as a celebrity guest at the Miami Web Fest, the former soap actress will present Best in Festival and will receive a special award at the ceremony on Sunday October 4 at the North Miami Beach Julius Littman Performing Arts Theater at 17011 NE 19th Avenue in North Miami Beach, Florida. Miami Web Fest runs from September 25 through October 4. Visit the link for ticket information.

Danny Pintauro to Oprah’s Where Are They Now?
Danny Pintauro will always be recognized as the child star who played Jonathan Bower on “Who’s the Boss” from 1984 to 1992. Soap fans may not know it but he received his start in acting by playing Paul Ryan on “As the World Turns” from 1982 to 1985. On Saturday September 26 Pintauro sits down with host Oprah Winfrey on “Oprah’s Where Are They Now” to reveal a very personal secret. Holly Madison (former Playboy Bunny) and Tommy Davidson (“Black Dynamite”) will also appear in the episode. Tune in to the OWN channel at 10:00 PM.

Teri Hatcher lands multi-episode arc on The Odd Couple.
Former “Capitol” actress Teri Hatcher (ex-Angelica Stimac Clegg, 1986 to 1987) will appear as a guest star in a multi-episode arc in season two of CBS’ “The Odd Couple.” Starring Matthew Perry (“Friends”) as Oscar Madison, she’ll play a single mother named Charlotte who lives in his building. It isn’t until Oscar starts dating Charlotte’s nanny when he realizes it’s her he’s really interesting in. Stay tuned for the season premiere date. Hatcher has numerous primetime and film credits, most notably as Lois Lane on “Lois & Clark: The New Adventures of Superman” (1993 to 1997), Susan Meyer on “Desperate Housewives” (2004 to 2012) and as the voice of Beatrice Le Beak on “Jake and the Never Land Pirates” (2013 to 2015).

You can own a home showcased on Guiding Light.
A home that was leased to film scenes during the last two years of “Guiding Light’s” production will be going up for auction. Located in Somerset County, New Jersey, the four-bedroom three-bath Dutch Colonial, which is known to locals as the Betsy Komline house, is 4,543-square-feet and comes with 1.68 acres of land. Max Spann Real Estate & Auction Co. will be handling the auction on September 29 at 11:00 AM at the Peapack-Gladstone Municipal Building at 1 School Street in Peapack, New Jersey. Call 1-888-299-1438 for more details and visit Max Spann to view a photo of the former daytime landmark.

Andrea Evans MC for Wiggle, Waggle Walk.
Andrea Evans last appeared in daytime in November 2011 as “One Life to Live’s” Tina Lord Roberts, a role she played since 1979. Over the years she’s appeared on “The Young and the Restless” (ex-Patty Williams, 1983 to 1984; Tawny Moore, 2010), “Passions” (ex-Rebecca Hotchkiss, 2000 to 2008) and “The Bold and the Beautiful” (ex-Tawny Moore, 1999 to 2011). The actress is also an animal activist and will again return to MC this year’s “17th Annual Wiggle, Waggle Walk” to benefit the Pasadena Humane Society & SPCA at 361 South Raymond Avenue in Pasadena, California. The event will take place on Sunday September 27 from 8:00 AM to 1:00 PM at Brookside Park at 360 North Arroyo Boulevard next to the Rose Bowl. A talent show, The Wag Factor, will be held where furry friends will be able to show off their talents. Visit Wiggle, Waggle Walk to register or donate today.

Josh Casaubon reunites with Melissa Fumero on Brooklyn Nine-Nine.
Former “One Life to Live” castmates Josh Casaubon (ex-Hugh Hughes, 2005 to 2006) and Melissa Fumero (ex-Adriana Cramer, 1999 to 2011) will be reuniting in an upcoming episode of Fumero’s FOX series “Brooklyn Nine-Nine.” Casaubon will appear in episode five during season three as Nadia. Fumero is a series regular and has played Amy Santiago since the comedy premiered in 2013. The new season returns on Sunday September 27 at 8:30.

Working here today with the lovely @melissafumero So proud of her!! pic.twitter.com/e88bKgqX8e

John P. Connell dead at 91.
Soaps.com regrets to report that John P. Connell passed away on Thursday September 10 at the age of 91. Best known for his starring role as Dr. David Malone on the soap opera “Young Dr. Malone” (1960s), the actor went on to play Lt. Dan Riley in “Dark Shadows (1967) and prior to acting was honored with five battle stars and a Purple Heart for his duty in World War II. Connell performed on Broadway, contributed to various television broadcasts and became a spokesman for numerous television and radio sponsors. He and his wife Mila also wrote over one-hundred scripts for “Secret Storm.” Soaps.com sends Connell’s wife, their children, family and friends our deepest condolences.

Sloane Shelton dead at 81.
Sloane Shelton, who appeared in various daytime roles, has passed away at the age of 81. The actress played Dr. Thompson on “Ryan’s Hope” in 1977, Elaine Robbins on “Search for Tomorrow” in 1983, Harriet Corbman on “As the World Turns” from 1986 to 1987 and Loretta on “Another World” from 1992 to 1993. Shelton also took part in stage productions as well as primetime and film roles. Soaps.com sends her family and friends our deepest condolences.

Read Soaps.com’s Interview with Deborah Lytton to learn if the former “Days” actress would ever return to daytime, plus get updates on other alums from “B&B,” “Days,” “General Hospital” and “Y&R.”
Type an actor’s name in our search to find updates on other former daytimers. Can’t find the ones you’re looking for? Leave us a comment and we’ll try to find out what they’ve been up to these days.