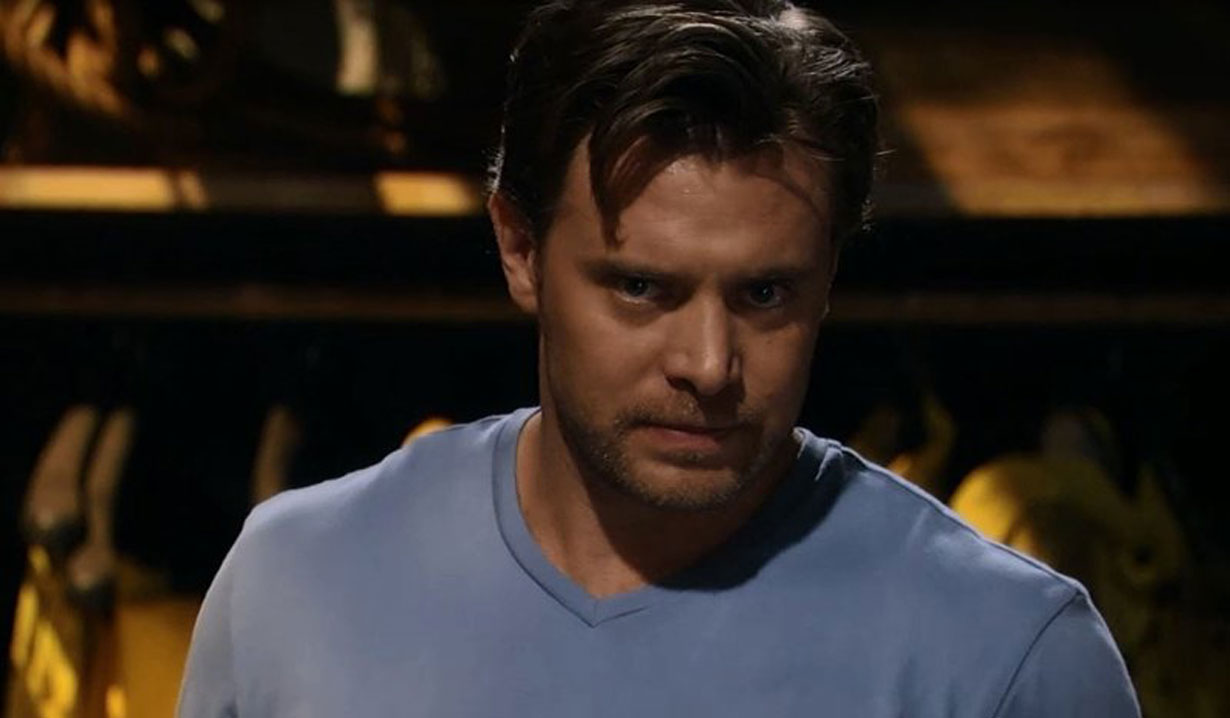 Below you’ll find highlights from this week’s episodes and Soaps.com invites those who want more details on current storylines to read our daily soap opera recaps.

The Bold and the Beautiful:
Wyatt and Steffy reasoned with Ivy until she admitted Steffy wasn’t a murderer and deleted the video of Aly’s death from her laptop. Ivy insisted there were no other copies and agreed never to speak of the incident again. When it was time for Ivy’s first photo shoot, things didn’t go as expected – and Steffy fired Ivy. At home, Ridge proposed to Caroline, who accepted and began to plan for a baby. After Thomas agreed to be Ridge’s best man, Caroline was adamant with Thomas that Ridge never find out what happened between them. Later, Brooke expressed her dismay to Thomas at Forrester over Ridge’s change of heart. Thomas met with Ridge and Steffy, who became suspicious over her brother’s sudden support for their father and his new fiancée. When Caroline shared the news with Bill, he had a few choice words to say about Ridge. Read the Bold and the Beautiful daily recaps to learn what happened when Caroline caught Brooke and Ridge arguing over his vasectomy.

Days of our Lives:
Aiden demanded money from Stefano and reflected on how he brought him to Salem to make Hope fall in love with him. Stefano ordered Aiden to marry Hope and continued to blackmail him about his past. Elsewhere, Patch shared his worries over Bo’s absence with John, Victor and Hope. She refused to believe anything other than Bo abandoned his family then agreed to marry Aiden at the Bicentennial celebration. As Julie, Maggie and Caroline prepared for the event, they reminisced about the past. Rafe witnessed Chad and Paige arguing over Serena’s murder in the square. After JJ found Paige strangled to death in her dorm, Rafe recognized a crushed rare flower by her body, one he’d seen at the DiMera Estate. It wasn’t long before Chad was arrested. Roman delivered news of Paige’s death to Eve, who fell into Justin’s arms and ended up kissing him. Read our Days of our Lives daily recaps to hear who talked about teaming up in pairs to buy Basic Black.

General Hospital:
Hayden became suspicious of Nik and accused him of knowing Jake’s true identity. Charlie shot Sonny on the pier but Jake prevented him from finishing the job and saved him. After the ambulance arrived, Jake found Carly in her wedding dress and delivered the news. Sam reported how Jake took three men out to save Sonny. Michael vowed to protect Jake from being prosecuted and stood by his family. TJ refused to abandoned Sonny and turned down Jordan’s request to move back home. At the station, Julian professed his innocence, as Dante questioned him about Sonny’s shooting. Lulu soon rushed in and reported that Olivia had seen Julian at the docks around the time of the shooting. Elsewhere, Sloan refused to turn Nik in and ordered Anna to get the heat taken off of him. If he went down, Sloane vowed to take Anna down as well and admitted he kept proof that she murdered Carlos. Read our General Hospital daily recaps to learn what Sloane demanded from Nik.

The Young and the Restless:
Sage was put on bed rest, due to the pains that landed her in the hospital. Esther told Jill how Colin had been hitting on her then went to the Chancellor Estate one last time to tell Katherine she was moving on. Ian stayed hidden in an unknown location and reported to Adam that the digital worm was burrowing like a champion. Jack went to bat for Adam when Ashley refused to rehire him at Jabot, as Chelsea and Victoria bonded over being victims of Victor’s manipulations. When Jack and Phyllis went to the Abbott cabin for a getaway, Phyllis ran into Ian outside and had no idea who he was. Cane went back to the island in search of Hilary. After a witness claimed he saw Devon carrying a body, Devon returned to the island and talked to the witness, who admitted a ‘bigger’ man had carried Hilary away. Read The Young and the Restless daily recaps to hear what happened when Hilary awoke while in Neil’s care.