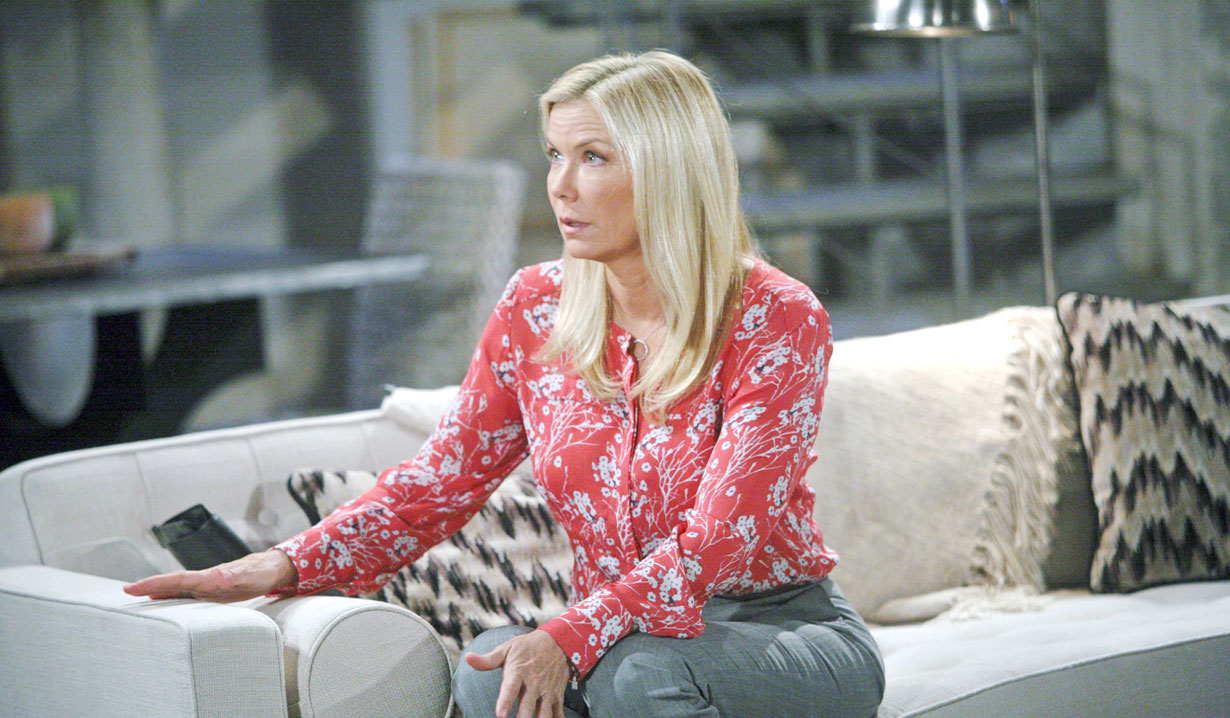 Ridge broke Caroline’s heart on “B&B.” Kayla was unforgiving of Patch on “Days.” Madeline was arrested for Silas’ murder on “GH,” and Neil tended to an unconscious Hilary on “Y&R.”

Don’t miss a moment of what went down this week on all four soap operas by reading our episode highlights below and Soaps.com’s daily soap opera recaps.

The Bold and the Beautiful:
Ridge expressed to Caroline how much he wanted her to have a baby and to experience what it was like to be a parent. Though Caroline was initially ecstatic, she was crushed when Ridge clarified that it wouldn’t be with him and that he wanted to set her free. Later, Ridge admitted to Brooke that he had a vasectomy when he was in Paris. Caroline checked in to a hotel and told Thomas where she could be reached. When he arrived, Caroline took some anti-anxiety pills, confided what happened with Ridge and poured them some drinks. Thomas comforted her as she sobbed. Later, Caroline woke up naked in bed with Thomas and was devastated – unable to remember that they’d had sex. She became even more upset when Ridge had a change of heart and wanted to give her a family. Read the Bold and the Beautiful daily recaps for details on Rick and Maya’s honeymoon adventures and Steffy’s demand of Wyatt.

Days of our Lives:
Hope couldn’t give Aiden an answer to his marriage proposal and thought back on happy times with Bo. Once alone, Aiden made a call and assured someone he would be able to pay them back soon. Nicole walked away from Titian TV with plans to buy Basic Black. Theresa had the same idea. Elsewhere, Kayla learned Joey had been expelled from boarding school. Patch wanted their family back and apologized for leaving her to raise their son alone. Kayla refused to forgive him. Patch then chatted with Hope, learned about Bo’s absence and went to Victor for answers. Kyle held JJ at gunpoint and called Clyde to report Eve’s claim that JJ had been working undercover. Later, JJ awoke, having been knocked out, and was faced with Clyde. JJ spotted blood on the floor and convinced Clyde he wasn’t a nark. Read our Days of our Lives daily recaps to hear Clyde’s explanation for Kyle’s disappearance, as well as Chad’s regarding the night Serena was murdered.

General Hospital:
Maxie agreed to be the lead in Dillon’s movie and looked forward to working with him and Lulu. Elsewhere, Morgan begged Kiki to forgive him for sleeping with Ava. She refused him then disowned her mother as well. Morgan drowned his sorrows in booze and struggled with the possibility that he could have bi-polar. All the while, TJ was kidnapped by the guy who was hijacking Sonny’s shipments and was forced at gunpoint to call Sonny. When Sonny arrived, he was shot. Over at the station, Dante and Nathan uncovered that Madeline murdered Silas and convinced Ric to help them nail her. When she finally admitted the truth to Ric, claiming Silas knew their plan to rob Nina blind, Ric revealed he’d been wearing a wire. Madeline was arrested. Nina was stunned to hear her mother planned to let her take the fall for Silas’ murder and told Madeline to rot in hell. Read our General Hospital daily recaps to learn how Sloane helped Anna and what Hayden told Sam and Jake about Nik.

The Young and the Restless:
Victor offered Marisa millions to leave town and threatened to tell Noah her ex was connected to Courtney’s death. Though she refused Victor, a check was delivered to The Underground. Marisa denied accepting it and Noah believed her. Elsewhere, Neil showed compassion to Devon over Hilary’s disappearance. After Devon was arrested, Victor privately confronted Neil about having been on the island, and not having an alibi in Canada, and agreed to stay silent if he stayed away from Nikki. After Neil relented to Victor, he secretly checked on an unconscious Hilary. Later, a judge canceled Devon’s extradition and granted him bail. Jill returned in time to join family and friends to remember Katherine. Paul soon appeared with something from Mrs. C. Read The Young and the Restless daily recaps to hear how Victor forced Chelsea to stay in Genoas City, whether or not Ashley accepted Jack’s latest position at Jabot and where Ian Ward resurfaced.