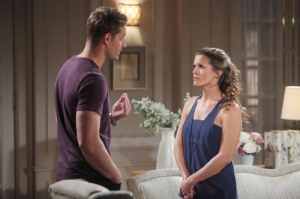 Some hope, others beg, and a few can only fantasize.

The Bold and the Beautiful:
Maya’s wedding day may not be the happiest day in her life after all. Things get confrontational with a guest and she winds up in tears. Meanwhile, Steffy can hardly keep her guilty feelings inside any longer. She tells Thomas what really happened when Aly died. After he agrees to keep her secret, she sets her sights on convincing Liam that they should re-think keeping Ivy at the company. Check out The Bold and the Beautiful spoilers to discover what Ivy thinks of her future at Forrester Creations.

Days of our Lives:
Nicole fumes at Xander, but Theresa starts to realize that he could actually be useful to her, especially after her latest fight with Brady. Across Salem, Ben’s paranoia about Abby carrying Chad’s baby continues to ratchet up until he suggests that they leave town. Clyde may want to leave town too after Aiden starts digging into his life and Kate admits to Marlena that her boyfriend is not all that he seems. And Paul stumbles upon some shocking information about Will and confronts him about it. Read the Days of our Lives spoilers to find out whose advice gets on Sonny’s nerves.

General Hospital:
While Liz has doubts about her recent choices, Patrick fills Jake in about Liz and Sam’s complicated history. Meanwhile, Nina starts to worry that Franco may be going too far to help her. As Ava does her best to manipulate the situation, Obrecht wades further into the middle of it. Across Port Charles, Scott makes a choice that could affect his future as the DA. And Dillon’s latest script makes Lulu rethink her relationship. Read Soaps.com’s General Hospital spoilers to learn who has an apology for Valerie.

The Young and the Restless:
Victor accuses Ashley of plotting against him until Nikki interrupts and warns him that she’s not moving home won’t let him manipulate her. Later, a distresses Stitch sobs on Ashley’s shoulder at a bar while Neil fantasizes about Hilary calling off the wedding. Since something unsavory happened at Devon’s bachelor party, he might get his wish. Chelsea gives Adam her answer to his invitation to stay in Paris and not return to Genoa City. Visit The Young and the Restless spoilers and find out whether Phyllis can be convinced that Marisa is on her side. 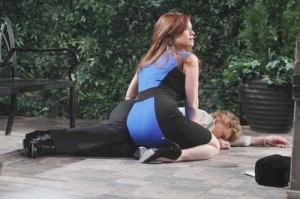 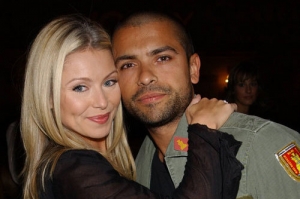