General Hospital:
Luke said a finally goodbye to Lulu and Sonny before taking a boat out of Port Charles. Elsewhere, Madeline called Maxie trash and tried to make her look bad in front of Nathan. He knew better and scolded his mother before walking off with Maxie. Dillon ran into Valerie at Kelly's and convinced her to go with him in order to prove that she wasn't hung up on Dante. Nathan spotted a baby blanket at Ric's, who refused to turn it over. As Nathan shared his suspicions with Jordan that Ric was setting up Nina, Silas felt bad for allowing Nina to appear as Avery's kidnapper. Silas confessed to Franco then caught Ava and Morgan in bed. Franco went to Nina's to tell her the truth but was too late. Ric convinced Nina to commit herself to Shadybrook. Franco visited Nina, told her the truth about Silas and Ava then she rushed off - later to be found standing over Silas' body. Read our General Hospital daily recaps to hear what Laura said to Liz in regards to the secret she was keeping about Jason.

The Young and the Restless:
Noah and Marisa continued to bond, as Kevin and Mariah reported that Marco's body wasn't inside the car at the lake. They then gave information about Marisa and Marco to Harding. Paul found Victor and reported all charges had been dropped since Jack corroborated his story, which made Phyllis suspicious. Paul then went in search of Gabe, who briefly ran off with Connor. As he grabbed his chest from the stress, Paul suffered a minor heart attack. Over at the club, Neil experienced revenge flashes as he listened in on Hilary and Devon's wedding plans. Nikki warned it was time for Neil to move on. As Neil promised Hilary he wouldn't ruin her wedding, Colin gave Devon champagne at his bachelor party, took a video of him in bed with a woman and texted it to Neil. Elsewhere, after Michael urged Cane to forgive Lily, he spotted Joe kissing her. Read The Young and the Restless daily recaps to find out if Dylan and Sharon learned the sex of their baby. 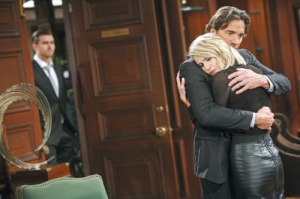 “I want this baby more than anything.” – Dylan McAvoy

Thomas returned home on “B&B.” Serena ratted out Eric and Nicole to Daniel on “Days,” Luke said goodbye to Port Charles on “GH,” and Kevin reported his findings from the lake on “Y&R.”

Don’t miss a detail, read Soaps.com’s highlights of the past week’s episodes or take in our daily soap opera recaps for “B&B,” “Days,” “GH,” and “Y&R” for a day-by-day rundown of your favorite soaps.

The Bold and the Beautiful:
Steffy was haunted by memories of Aly, as many, including Thomas, gathered at the mansion for her memorial. Ivy confronted Steffy about Aly’s death and claimed it wasn’t an accident. Steffy reminded Ivy that Aly attacked her and said she did nothing wrong. After talking to Liam, Wyatt assumed Steffy didn’t remember much from the night of Aly’s death and warned Ivy not to reveal the video to anyone. Ivy believed Thorne deserved to know the truth, as did Thorne who confronted Steffy. At Forrester, Thomas announced his plans to move home and asked Ridge to allow him to join the design team. Ridge reluctantly agreed, even though Thomas cracked jokes about his relationship with Caroline. Read the Bold and the Beautiful daily recaps for Quinn’s reaction to finding Deacon with Brooke.

Days of our Lives:
Lucas caught Will scheming, instead of working to fix his marriage, and called him worse than Sami. Derrick, Paul, Sonny and Will got together at TBD. Though the guys were involved in a fistfight, Paul and Derrick later kissed and Sonny witnessed it. Serena recorded Eric’s church confession, played it for Daniel and informed that Eric and Nicole almost slept together. Daniel gave Nicole the opportunity to come clean, which she did and he forgave her. Over at the hospital, Kayla set up Abby’s confidential paternity test with Martin. Clyde then threatened Martin, ordered him to make sure Chad wasn’t Abby’s baby’s father and pushed Ben to propose. All the while, Chad confessed his love to Abby. After pouring his heart out, Chad almost kissed her but Ben interrupted and later asked Abby to marry him. Read our Days of our Lives daily recaps to learn what Rafe promised Aiden he’d stay quiet about before he and Hope danced the night away. 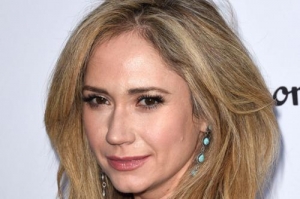 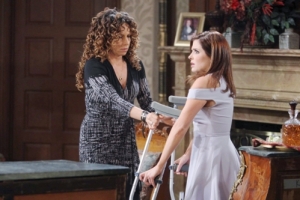