Tony Longo dead at 53.
Deadline is reporting that veteran actor Tony Longo passed away in his sleep in Marina del Rey, California. He had numerous supporting character roles playing a tough guy in daytime, primetime and films, including on the soap operas "Days of our Lives" (ex-Carmine, 2007 to 2008) and "The Young and the Restless" (ex-PI Ray/ex-Fred Caffey, 1999 to 2006). Our sympathy is with Longo's family and friends.

Blake Berris co-writes I Killed my BFF.
Former "Days of our Lives" star Blake Berris created the role of Nick Fallon in 2006 and was last seen in May 2014 after being shot and killed by Gabi Hernandez (Camila Banus). The actor recently co-wrote the Lifetime movie "I Killed my BFF" with Danny Abel, which was based off the true crime story that follows two young mothers, one of which ends up brutally murdered, and one who becomes desperate enough to commit murder. Though the movie premiered on Saturday June 13 it can be viewed in its entirety through I Killed my BFF on Lifetime and seen during various encores on the network. Please check your local listings. On the night of the premiere Berris tweeted:

about to start. #ikilledmybff @lifetimetv

Jerry Penacoli personally thanks President Barack Obama.
Jerry Penacoli is no stranger to daytime, having had roles on "One Life to Live" (ex-Fergus, 1991), "Santa Barbara" (ex-Officer Jerry, 1992 to 1993), "The Bold and the Beautiful" (ex-Christian Kramer, 1996) and most recently as ex-Miles Malloy on "Days of our Lives" (2013 to 2014). The actor now works as a correspondent for "Extra" and personally was able to thank President Barack Obama for the Affordable Care Act, which saved his life having battled melanoma and thyroid cancer. Watch the video interviews below, filmed in The Rose Garden at The White House, as Penacoli states, "Thank you, you pretty much saved my finances and you saved my life," and talks to Mr. President about whether or not he's able to take anything from The White House when he leaves, his sports picks and more!

Patricia Healy jumps out window to escape fire.
Patricia Healy, who played the role of "General Hospital's" Tammy Carson (1998 to 2000), was faced with tragedy last Friday June 19. A fire involving a nearby building that was under-construction forced the actress to jump out of the second story window of her townhouse. Not only was her Toluca Lake, California home and all of its contents destroyed by the fire, Healy and her husband Sergio Terrazas lost their dog Winston. Soaps.com sends our deepest condolences to the actress and Terrazas.

John Stamos arrested for DUI.
John Stamos broke into daytime as Blackie Parrish on "General Hospital" in 1982. After two years playing the Port Charles drummer he became well-known in households everywhere as Uncle Jesse on "Full House" and will reprise the role in the upcoming special "Fuller House." The actor hit a bit of a rough patch on Friday June 12 when he was arrested for DUI. After the Beverly Hills Police Department received reports of an erratic driver they located Stamos on Beverly Drive and transferred him to a hospital where it was confirmed he was under the influence. He was issued a citation and released into the care of the hospital until his court appearance on September 11. Of the incident Stamos tweeted:

Thanks to everyone for their love & support. I'm home & well. Very appreciative of the BHPD & Cedars for their care.

Bring back Larry Warton!
David 'Shark' Fralick came on "The Young and the Restless" scene in 1995 as Larry 'Wartman' Warton, the cellmate of Nick Newman (Joshua Morrow) who landed in jail for the murder of Matt Clark (Eddie Cibrian). His character went from attacking Nick, to getting attacked by Victor Newman (Eric Braeden) to becoming Jill Abbott's (Jess Walton) boytoy and a friend to Katherine Chancellor (the late Jeanne Cooper) up until he left the show in 2005. Fralick also played on "Days of our Lives" as a felon in 2011 and has appeared in similar roles in numerous films. Though he won't be returning to "Y&R," fans can keep an eye out for him in the new projects "Under the Radar," "Altered Reality," "Rendezvous with Victory," "Gunz: The Story of Billy the Kid" and "Chevy Boyzzz." Young actor Alex Yurchevich gave a shout-out to Fralick via Twitter:

Hanging w/ David Shark Fralick, from Young And Restless. What a super fun guy/great mentor for my acting career. pic.twitter.com/Gh2b1y2W6E

Sean Patrick Flanery in Gibby.
With all of the trouble "The Young and the Restless'" Sharon Newman has had as of late, it's no wonder she hasn't left Genoa City and visited Sam Gibson on his farm. Sean Patrick Flanery, who played the role in 2011, appears as Frank in the new release "Gibby," about a girl who becomes severely depressed after the loss of her mother and finds comfort in monkey-sitting her science teacher's pet. Vivica A. Fox (ex-Stephanie Simmons, 1995) also appears. Speaking of which…

Vivica A. Fox stars in Carter High.
Vivica A. Fox broke into daytime in 1988 as Carmen Silva on "Days of our Lives" then went on to play Maya Reubens on "Generations" (1989 to 1990) before her "Y&R" role as Stephanie Simmons. The actress has appeared in numerous films over the years and will star as Mrs. James in the November release "Carter High." The film is based on the true story of four players of the 1980s Carter High powerhouse football team in Dallas, Texas whose off the field actions cost them their future. Charles S. Dutton ("Longmire") also stars. Stay tuned for its November release. Earlier this year, Vivica A. Fox was fired by Donald Trump during season seven of "Celebrity Apprentice."

"All My Children" alum (ex-Marian Colby Chandler) Jennifer Bassey was thrown off a Delta flight, two famous brothers sing a duet, Hallmark movie sightings for three former daytimers and more in our Where Are They Now column for the canceled soaps.

Not seeing information on actors you asked for? Use the Search option on Soaps to locate previously reported news by inserting the actor's name or character in the box. Leave any inquiries in the comment section and we'll look into the current careers of those actors as well. 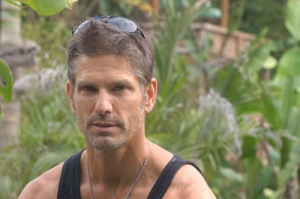 Good news, bad news, we’ve found a bit of both.

Soaps.com has news surrounding a Facebook marriage, a special thank-you to President Barack Obama, writing and film gigs, a DUI arrest, a tragic fire, fan Q&As and more involving former “The Bold and the Beautiful,” “Days of our Lives,” “General Hospital” and “The Young and the Restless” actors.

Catching up with Clayton Norcross.
Longtime “The Bold and the Beautiful” fans have wondered what happened to the actor who created the role of Thorne Forrester in 1987 (through 1989). Clayton Norcross appeared as a lifeguard on “Santa Barbara” prior to landing the CBS role and went on to appear in such primetime shows as “Baywatch Nights,” “JAG,” “Coach” and “Hawaii Five-0.” Norcross will play Dr. Arthur Von Versen in the 2016 project “Jacob’s Honor.” The short film will follow a group of friends who return from the war with symptoms of PTSD, which hinders their relationships and everyday life.

Lark Voorhies marries Facebook friend.
Lark Voorhies is most remembered for her role as “Saved by the Bell’s” Lisa Turtle. She also played Wendy Reardon on “Days of our Lives” in 1993 and Jasmine Malone on “The Bold and the Beautiful” from 1995 to 1996. TMZ
is reporting that these days the actress has her family worried, due to her sudden marriage to a man she met on Facebook. Voorhies married a music engineer named Jimmy Green after meeting him on the social media site one year prior. The couple had a commitment ceremony on April 1 before jetting off to Las Vegas on April 30 for a chapel ceremony. Green is wanted in Arizona for allegedly threatening to kill a man, which is why the actress’ family is worried for her safety. In response to the TMZ reports, Voorhies tweeted:

I'm Shocked That Sitting In Front Of A Computer In An Office For Seven Hours A Day Making Up Lies About Everyone Is Considered A Job TMZ ! !

Relive Dylan Neal in Dawson’s Creek.
After Dylan Neal’s two year stint on “The Bold and the Beautiful” as Dylan Shaw in the 90s he went on to play Doug Witter (1998 to 2003) on the popular teen drama “Dawson’s Creek,” starring James Van Der Beek as Dawson Leery (ex-Stephen Anderson, “As the World Turns”), Katie Holmes (as Joey Potter), Michelle Williams (Jen Lindley), Joshua Jackson (as Pacey Witter) and Kerr Smith (ex-Ryder Hughes, “As the World Turns”) as Jack McPhee. Starting on Monday June 29 at 12:00 PM ABC Family will broadcast all of the episodes from the beginning to the end when it was canceled on May 14, 2003. So, if you’re a fan of the show who’d like to relive the old days, or one who never had a chance to catch the show years ago, be sure to tune in! You might even come across a few other former daytime stars guesting throughout the series. 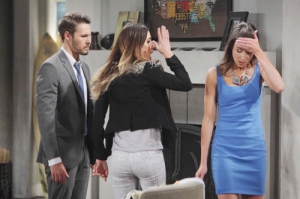 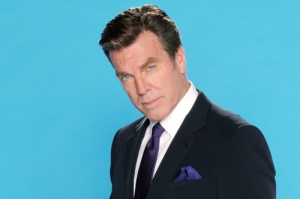