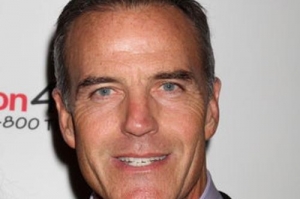 Get all the latest scoop from “The Bold and the Beautiful,” “Days of our Lives,” “General Hospital,” and “The Young and the Restless” in Soaps.com’s up-to-date news rooms.

The Bold and the Beautiful:
In this week’s Throwback Thursday poll, it was back to 1991 when “B&B’s” Sally Spectra and Darla Einstein checked in on Macy Forrester, who was sick. Do you remember what Macy and Thorne Forrester were doing when they knocked? Vote! In news, actress Katherine Kelly Lang is hosting a tour of Southern California beaches featuring locations from the show in August. For more details about the tour and tickets, and to read Deconstructing B&B, in which Candace talks about the surprising chemistry between two characters, visit Soaps.com’s The Bold and the Beautiful news room.

Days of our Lives:
The soap event ‘A Family Affair’ expanded to include another face from Salem, and Tamara Braun announced a return to “Days” – find out which character she’ll be playing. One blue-eyed lead actor is having a two-day fan event in Niagara Falls. Will you go to meet him? The throwback poll this week went back in time to Hope Brady getting upset when Bo Brady acted jealous of Billie Reed hooking up with Patrick Lockhart. Do you recall why Bo ended up in their bedroom? In Deconstructing DOOL, Christine ranted about Paige’s drastic character change and about Will’s nauseating antics. Read it all in Soaps.com’s Days of our Lives news room.

General Hospital:
Richard Burgi from “Desperate Housewives” showed up in Port Charles as a recast character – find out who he is playing. The throwback poll this week recalled when Elizabeth first came to town in 1997 and had her nose out of joint because Lucky was more interested in her sister Sarah. Do you remember how she showed her displeasure? Be sure to cast a vote. Young actor Nicholas Bechtel has a new project you won’t want to miss, and in Deconstructing GH, Dustin called Little Jake’s return a payoff and commented on Luke’s adventure, which is nearing its end. It’s all in our General Hospital news room.

The Young and the Restless:
Soaps.com went back in time to the 1980’s when Genoa City’s Danny Romalotti was brought in for cocaine possession! Vote in our throwback poll to see if you can remember who set him up. In this week’s blog, Candace talked about Cane and Lily’s split, what’s wrong with the writing for Phyllis and much more. Check out Deconstructing Y&R in Soaps.com’s The Young and the Restless news room.