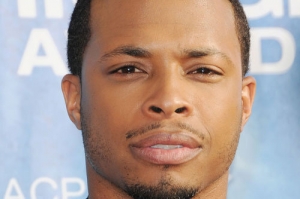 Former actors from “All My Children,” “As the World Turns,” “One Life to Live” and “Passions” have been busy shooting films, primetime gigs and getting ready to welcome twins into their family. We also went way back and peeked in on a former actress from “The Edge of Night.”

Cornelius Smith Jr. returns to Scandal as a series regular.
Former “All My Children” actor Cornelius Smith Jr. (ex-Frankie Hubbard, 2007 to 2011) appeared on ABC’s “Scandal” as Marcus Walker earlier this year. Come season five, fans will get to see him in the role on a regular basis, as Smith has been bumped to a series regular. Tune in for all of the drama when the new season returns at 9:00 PM on Thursday September 24. Since leaving daytime, the actor has had guest roles on “Major Crimes,” “Anatomy of Deception,” “Forever” and appeared as Michael Houston in the Whitney Houston biopic “Whitney.”

Colin Egglesfield guest-stars on Chasing Life.
Known in daytime for his role as Josh Madden (2005 to 2009), Erica Kane’s (Susan Lucci) son on “All My Children,” Colin Egglesfield has gone on to have popular roles in such films as “Something Borrowed” and in primetime as Tommy Rizzoli in “Rizzoli & Isles.” Fans can see him next as Dr. Barratt during season two of “Chasing Life.” Egglesfield will turn up in the ninth episode of the ABC Family hit that follows an aspiring journalist who tries to juggle work, family and the fact that she has leukemia. The new season premiered on July 6 and airs Mondays at 9:00 PM.

Parker Posey in Irrational Man.
Parker Posey got her acting start as Tess Shelby on “As the World Turns” in 1991 and continued with the CBS soap until 1992. Since then the actress has had a successful career in primetime and film with roles on “Dazed and Confused,” “The Good Wife,” “New Girl,” “Granite Flats” and “Portlandia.” On Friday July 17 her new Woody Allen film, “Irrational Man,” will hit theaters with Posey playing Rita, opposite Emma Stone (“The Amazing Spider-Man 2”) and Joaquin Phoenix (“Walk the Line”). The premise surrounds a tormented philosophy professor (Phoenix) who falls for his student (Stone), instead of the college-town’s scientist (Posey).

Whatever happened to Teal Ames?
Soaps.com reader Hilda M. wondered what became of Teal Ames, who played Sarah Lane on "The Edge of Night" in 1956. Prior to her soap role the actress played Phoebe on "Studio One in Hollywood" in 1954 then appeared as Brandy on "Nash Bridges" in 1998 with a final role in the theater production of "Everybody Loves Opal" in 2008. Over the years since leaving acting behind, Ames worked as a marriage counselor in New Jersey and has three children.

Ryan McPartlin and Carolyn Hennesy team up in A Kind of Magic.
Ryan McPartlin ("Passions'" ex-Hank Bennett, 2004) and Carolyn Hennesy ("General Hospital's" Diane Miller) will appear together in the upcoming movie "A Kind of Magic." Set to be released on October 6 the story follows Matt (McPartlin), who comes from a prominent witch family, and is expected by the Witches Council to marry his good friend Lizzie (Briana Lane, who played a 'Hope' double on "Days of our Lives" in 2006). However, things take a turn when Matt loses his powers, which end up newly possessed by a psychiatrist named Sara (Nikki Deloach, "DOOL's" ex-Brenda, 2007 to 2009). Look for Hennesy as Maggie.

Michael Easton and Trevor St. John's Ultraviolent get Best in Show.
The short film "Ultraviolent" has a few daytime connections. It was written, directed and produced by Michael Easton ("General Hospital's" Silas, "One Life to Live's" ex-John McBain) and starred his fellow Llanview castmate Trevor St. John ( ex-Victor Lord/Todd Manning). Earlier in the month Easton was honored during The Best Shorts Competition by taking home The Best of Show Award. St. John plays a director named Donald Cammell who reenacts one of his best known film performances by committing suicide in order to end a major obsession with art, insanity and death.

BethAnn Bonner expecting twins.
"One Life to Live" fans will remember Officer Talia Sahid who was murdered by a Llanview serial killer and found face down in Dorian Lord's (Robin Strasser) pool in 2009. The actress who created the role in 2006, BethAnn Bonner, who married Maria Buenmayor in 2012, is expecting twins in October! Soaps.com sends them our biggest congrats! The actress also had roles on "Guiding Light" (ex-Natasha, 2009) and "All My Children" (ex-Kat, 2009).

On this magical, emotional weekend - it is my joyous privilege to tell ya'll: my wife & I are expecting TWINS! (I'm due in October!) #love ?

Have you ever wondered what happened to the original Bold and the Beautiful cast? Read what we uncovered for a few of them, as well as movie and primetime roles for former soap stars from "B&B," "Days," "General Hospital" and "The Young and the Restless."

Leave your requests for other stars in the comment section and we'll try to see what's been going on in their lives these days. First type their name or character into our Search option on Soaps to be sure we haven't already touched base on their current happenings.