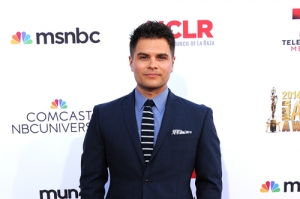 Keep current with all the latest happenings from “The Bold and the Beautiful,” “Days of our Lives,” “General Hospital,” and “The Young and the Restless” in Soaps.com’s always-updated news rooms.

The Bold and the Beautiful:
Welcome back! A former Forrester is returning to “B&B” – find out which actress is set to appear. Then go back to 2001 when Zende Forrester Dominguez first appeared in LA, adopted by Tony and Kristen Dominguez. He couldn’t get enough of the sights and sounds during his ride in a limo. Do you remember what he was especially interested by? Vote in the “B&B” Throwback Thursday poll. And did you enjoy Zende and Nicole getting to know each other as much as Candace did in her weekly “B&B” rant? Find out how she felt about Caroline and Maya’s lovefest too, and more in Soaps.com’s The Bold and the Beautiful news room.

Days of our Lives:
Double duty. One of “Days'” actresses has a recurring role on a primetime drama – get all the details! And are the rumors true? Find out which three cast members may soon be leaving Salem. A past cast member is lending her talents to a new PSA. Find out what for. Then go back to 1991 when Molly Brinker became privy to a secret, thanks to Tanner Scofield, when he told her that his mother had killed herself. He later learned more about the suicide. Do you remember what it was? Vote in the Throwback Thursday poll. And are you as irritated as Christine is that they seem to be trying to make Abigail and Chad Ejami 2.0 in her weekly blog Deconstructing “DOOL?” Get it all in Soaps.com’s Days of our Lives news room.

General Hospital:
A post-Port Charles engagement was announced for one of the show’s former actors. Get all the details about where he proposed, then see a picture of the newest baby among the show’s cast. Then find out when you can see some of your favorite “GH” actors at upcoming fan events. Learn what a departing actor – whose final airdate was announced – will be doing after decades on the show in a new DVD. And a fan favorite made his debut on a hot HBO drama. See what physical alteration he made for the role – and who benefited because of it! Another actor from the show has a new web series, set to premiere soon. Then flashback to 1982 in our “GH” Throwback Thursday Poll to the first time Holly Sutton was seen. It was by Luke, and she was naked. Do you remember what color her lingerie was that was hanging by the lake where she was skinny dipping? Vote today. And Dustin loved Spencer putting his father Nikolas in his place in his weekly blog, Deconstructing “GH.” Did you too? Read about that and all the other storylines in the General Hospital news room.

The Young and the Restless:
Go back to 1990 in Genoa City when Brad Carlton proposed to Ashley Abbott with a musical overture recorded on a video. Do you remember what kind of music he used? Vote about the innovative proposal on “Y&R” in Soaps.com’s Throwback Thursday poll. And do you think Sharon might be faking her pregnancy like Candace suggests in her Restless Rant? Get everything in The Young and the Restless news room.