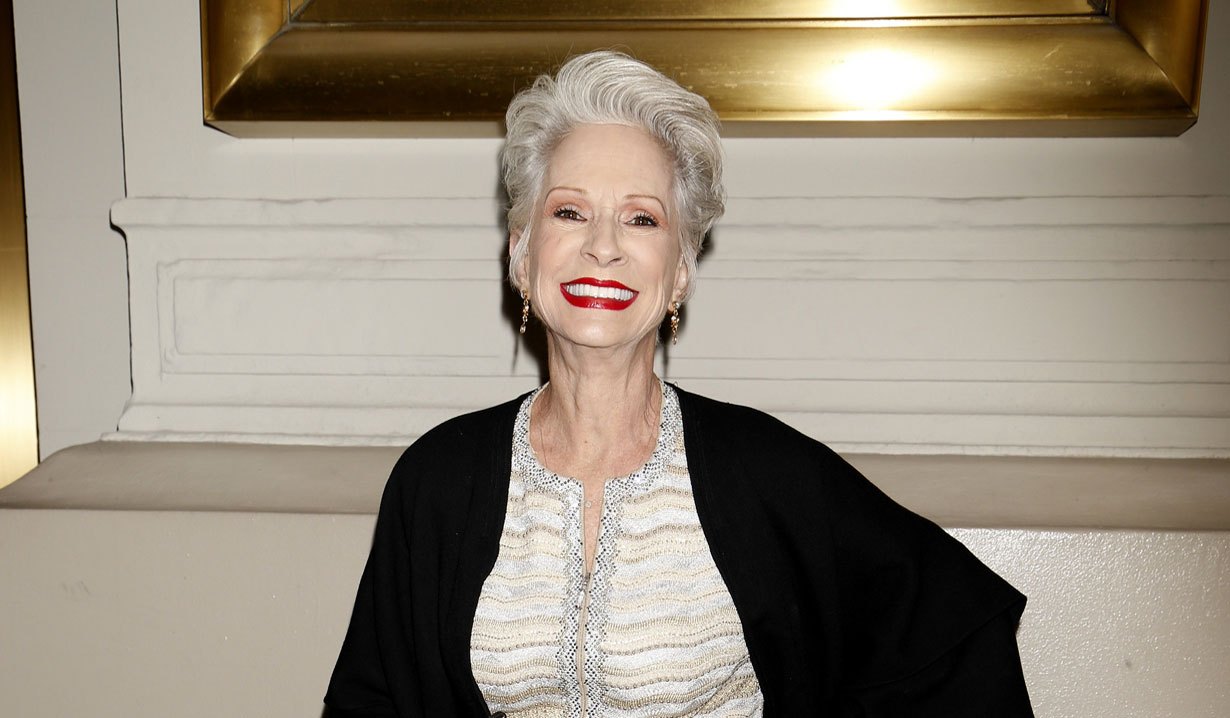 From stage, to television to some airline drama.

Soaps.com has an actress being escorted off of a flight, a passing, a famous brother duo singing a ’70s hit, Hallmark movies, as well as other new gigs, and more this week in our column surrounding former actors from canceled soap operas “All My Children,” “As the World Turns,” “Guiding Light,” “Loving,” “One Life to Live,” “Passions,” “Santa Barbara” and “The Edge of Night.”

Jennifer Bassey says ‘Go F yourself’!
“All My Children” alum Jennifer Bassey, who played Marian Colby Chandler from 1983 to 2011, was unable to make her destination as planned recently. The actress told TMZ that she was forced to exit the Delta flight from New York to Indianapolis due to an altercation with a flight attendant. Labeled as a ‘risk to the flight’, Bassey explained upon exiting the bathroom the attendant confronted her with questions about flushing the toilet and washing her hands. Things escalated when Bassey headed back to her seat, planning to use her own sanitizer, and the attendant followed. The attendant allegedly then made a scene by bumping Bassey’s hand and retorting that the actress touched her. By this time Bassey had had enough and ‘mouthed’ to the attendant ‘go F yourself’, which resulted in her removal from the plane before takeoff. No arrest was made, as the police couldn’t find any evidence to imply that an assault had taken place. Bassey tweeted of the incident and shared her side in an interview with FOX New’s Greta Van Susteren and stated, “They have an excuse to treat us badly sometimes.”

Still in talks with Delta Airlines. Still really upset about the way I'm being treated. Oh well, guess it's the wave of the future. 🙂

Trent Dawson takes the stage in The Homecoming.
“As the World Turns” fans won’t soon forget Henry Coleman, originated by Trent Dawson in 1999 until 2010. The actor can now be seen onstage in Harold Pinter’s “The Homecoming.” The darkly sexual comedy surrounds Teddy’s (Dawson) return home to 1960s North London to introduce his wife to his family, where expectations of power and gender aren’t always what they seem. Performances will run from now through Sunday July 26 at the Pacific Resident Theatre at 703 Venice Boulevard in Venice, California where tickets can be purchased and reserved online. Lesley Fera (“Pretty Little Liars”) also stars.

John Colenback dead at 79.
John Colenback, known to daytime fans as Dr. Daniel Stewart on “As the World Turns,” passed away in West Hollywood on Tuesday May 12 at the age of 79 due to complications from COPD (chronic obstructive pulmonary disease). The actor played on the CBS soap off and on from 1966 until his character died of a terminal illness in 1979. Fans will remember him being involved in popular Oakdale storylines involving Paul, Liz, Susan, John and Kim. Colenback also played Detective Keyes on “Capital” and Frank Bellman on “Falcon Crest.” Soaps.com sends his family and friends our deepest condolences.

Dylan Bruce lands Heroes Reborn mystery role.
He's known to daytime fans for his "As the World Turns" role of Chris Hughes (2007 to 2008), as well as Edna's dream guy on "Passions" in 2005. Dylan Bruce has played Paul Dierden, whose character died, on "Orphan Black" since 2013 and is the latest actor cast on the upcoming mini-series "Heroes Reborn." Though his recurring role is being kept hush-hush, look for Bruce on NBC Thursdays this fall.

Scott and Chris Evans sing Fire and Rain.
During this year's Memorial Day weekend former "One Life to Live" actor Scott Evans (ex-Oliver Fish, 2008 to 2010; "Guiding Light's" ex-Trey, 2008) and his famous brother Chris Evans ("Captain America," "The Avengers") collaborated on a rendition of James Taylor's 1970s hit "Fire and Rain." The guys go from being serious to having a case of the giggles before the song plays out.

Jesse Metcalfe stars in A Country Wedding.
Missing Jesse Metcalfe since the "Dallas" (ex-Christopher Ewing) cancellation in 2014? The actor will be starring alongside Autumn Reeser ("The Whisperers," "Hawaii Five-0") in Hallmark Channel's upcoming premiere "A Country Wedding." As part of the network's June Wedding special, the story follows a famous country singer named Bradley Suttons (Metcalfe) who returns to his hometown only to come face to face with his highschool sweetheart, Sarah Standor (Reeser). However, as his wedding day draws near will he marry the Hollywood actress as planned or will true love shed a different light on the path to his future? Of the film Metcalfe stated, "This movie is about finding a deeper happiness that comes from your roots and it's about a real inner happiness that exists regardless of fame or success. [My character] finds himself again when he's back home." Tune in Saturday June 27 at 9:00 PM to find out!

Paul Johansson and Teri Polo learn to Love, Again.
Hallmark movie lovers are in for yet another treat starring two former soap stars. Paul Johansson, who played Greg Hughes on "Santa Barbara (1989 to 1990), will be starring with Teri Polo ("The Fosters," "Loving's" ex-Kristin Larsen, 1986) in "Love, Again." David and Chloe Baker (Johansson/Polo) help their daughter plan her wedding while keeping a secret... They're on the brink of a divorce. Can working together on the special event help them realize their marriage is worth saving? Polo shared, "Weddings are generally pretty happy and full of hope and love, so I think that Hallmark is a good place for it. There's a lot to be learned when it comes to love. [The film] is a lovely piece that people of all ages will be able to identify themselves in these characters and where they are at in their relationships. It's kind of discovering and re-discovering what love is all at the same time." Don't miss the movie on Sunday June 21 at 9:00 PM.

Lori Loughlin confirms Fuller House return.
Lori Loughlin first arrived in daytime in 1980 as Jody Travis on "The Edge of Night," a role she held until 1983. She's best known for her role as "Full House's" Rebecca Katsopolis (1988 to 1995) and confirmed on "Good Morning America" that she will reunite with some of her former castmates in the upcoming Netflix spin-off "Fuller House." So far Dave Coulier (Joey), Candace Cameron Bure (DJ), Jodi Sweetin (Stephanie), Andrea Barber (Kimmy) and Uncle Jesse's John Stamos has signed on for Fuller House, which will premiere in 2016.

#FullHouse fans you can win 2 tickets to taping of "Fuller House" AND lunch with @johnstamos!! http://t.co/dFCf9I5PrW #FullerHouse ?

Former "B&B," "Days," "General Hospital" and "Y&R" actors have been quite busy these days. Kim Matula and Alley Mills star in Maybe Someday, as a Hallmark movie premieres, a soap star publishes novels like his bestselling author mom and more!

As always, leave us your comments on who you'd like to hear about next and use our Search option on Soaps to locate past scoops on the former actors of daytime television.

Soap stars react in shock to Game of...