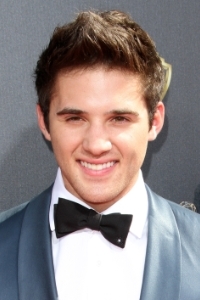 Lives hang in the balance.

The Bold and the Beautiful:
When Bill senses that his sons are not telling him everything he wants to know, he decides it’s time to get ruthless. While Katie lectures him about ethics, he pushes ahead with his plans to publish a shocking rumor. As Rick and Maya romp around at Big Bear, Ridge tries to keep a lid on things at Forrester but it might be too late for that. Check out The Bold and the Beautiful Spoilers to discover why Nicole doesn’t trust Wyatt.

Days of our Lives:
After realizing that he’s been set up, JJ vows to take Eve down. He’s not the only one with a vendetta either. Chad gets looped in by Roman and Abe as they attempt to save Marlena while she faces doom at the hands of Stefano. Across Salem, Nicole stumbles upon another clue about Serena’s connection to Xander. Meanwhile, Brady’s plans for a future with Melanie look like they will be hitting the skids if Theresa gets her way. Read the Days of our Lives Spoilers to find out what Lucas warns his mother about.

General Hospital:
Jake’s life gets more complicated as Sloane puts the pressure on him. As Jake does his best to dupe Julian, things soon escalate. By the end of the week, someone is shot. Meanwhile, Olivia continues to panic about Julian discovering the truth and enlists Dante for a favor. Across Port Charles, Hayden throws another threat at Nikolas and then gives Elizabeth one. And Nina comes to a decision about Franco. Read Soaps.com’s General Hospital Spoilers to learn what Sam finds.

The Young and the Restless:
Chelsea and Adam take a break from arguing about their relationship to have sex. As they get back to arguing, the Abbotts get busy feuding with Victor over Jackꞌs signature. This debate spreads across Genoa City, pulling Neil and Nikki into the mix. But the whole thing could soon go off the rails when Yack wakes up unsure of who he is supposed to be. Visit The Young and the Restless Spoilers and find out who is kissing Sharon. 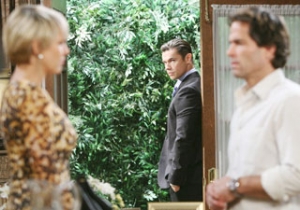