General Hospital:
Lulu delivered Valerie to Wyndemere in order to keep her away from Dante. Elsewhere, Sam overheard Olivia admit that Julian was her baby daddy and shared the news with Patrick. Nathan showed Nina the hospital surveillance footage, which made her appeared guilty of kidnapping Avery. Obrecht made Franco suspicious of Nina, who later caught him going through her purse. Nina ordered him to leave their room. Sonny and Carly found Morgan and Kiki with Avery at Silas', as Dante arrived outside the door. After they hid the baby, Dante entered and arrested them for poisoning Michael. Sonny and Carly were then forced to make a deal with Michael. Carly also uncovered Ric and Hayden's connection by getting the goods from Pete then revealed the truth at the Nurses' Ball - right after Ric proposed to Liz. While Brad proposed as well, Nik found Liz and revealed that Jake was Jason. Read our General Hospital Daily Recaps to hear how Britt reacted to seeing Obrecht and who she paid a secret visit to.

The Young and the Restless:
Adam reminded 'Jack' that he wasn't a Bingham and mentioned their alliance against Victor. Yack reported to Victor, who went to Adam with an offer. Over at the hospital, Michael felt smothered and asked Lauren for a separation. Summer asked for space from Kyle as well. While Avery and Joe left for Chicago, Dylan comforted Sharon and Nick ended things with Sage for Faith's sake. Sharon also caught a break after Michael had the tire iron retested. Chelsea and Billy flew off to elope and Adam followed. Billy overheard her and Adam talking about them having sex then suggested they go home to have the wedding she deserved. Back in Genoa City they announced their same-day wedding, as Billy prepared an evening Chelsea would never forget. Adam heard the news, had sex with Sage and rushed to the wedding. Billy refused to take Chelsea as his wife and publicly revealed her fling with Gabriel. Read The Young and the Restless Daily Recaps to learn what Paul discovered about Courtney. 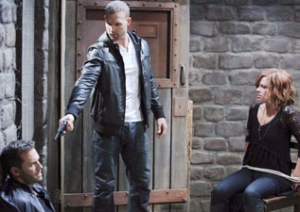 The Bold and the Beautiful:
Wyatt reported to Liam, who shared with Pam, that the secret was Maya’s – not Rick’s. He struggled over his sudden caring for Nicole, but Bill ordered Wyatt to get the information they needed to rid Forrester of Rick. Over at Forrester, Pam filled Charlie in on Maya’s unknown secret and they snooped in Maya’s purse. After spotting the estrogen pills, Charlie believed Maya was transgender. Elsewhere, Nicole gushed to Maya about Wyatt and urged her not to tell Rick the truth. Once alone with Rick, Maya appeared nervous as he talked about marriage and children in their future. Later, Rick insisted on changes with Ridge’s designs then went and picked out an engagement ring for Maya. Ridge located Eric, who continued to support Rick and informed he’d considered extending his CEO position past the initial year. Read The Bold and the Beautiful Daily Recaps to hear what led Carter to telling Ridge Maya was transgender.

Days of our Lives:
Stefano called Chad and insisted they needed Abby. When she arrived to admit her confusion on whether or not he’d change, Chad kissed her. Abby kissed him back then rushed off when Chad expressed wanting her back. John asked Paul to leave San Francisco and return home with him. Back in Salem, Will informed Clyde he was doing an article on him regardless of his permission. Kristen had Brady and Melanie tied up in Italy. Soon, Clint delivered Theresa to Kristen, who stuck her with a syringe. After Kristen allowed Brady to see his son, he was replaced in Christopher’s room by Theresa, who ended up turning a syringe on Mandrake. Kristen attempted to leave the castle but came face to face with Marlena. After a struggle, Kristen fell out a window to her presumed death. Everyone came together with Theresa and Brady’s baby, as Stefano received word of Kristen’s death and soon returned to town. Read our Days of our Lives Daily Recaps to learn what Nicole overheard Serena tell Xander. 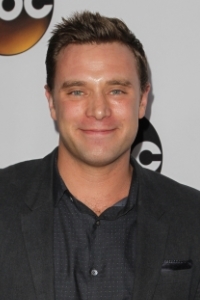 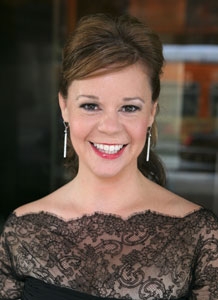