General Hospital:
Hayden explained to Jake and Liz how he'd disappeared then reported to Ric that they bought her story. Ric handed over doctored proof, which Hayden later presented to Jake. Though Jake only wanted Liz, she said goodbye and urged him to get his life back with Hayden. Elsewhere in Port Charles, Patrick asked Sam to move in with him, and Julian asked the same of Alexis. Nathan walked out on Maxie at the gym, not wanting to compete with her and Spinelli's history. Michael and Morgan got into a fistfight at the Quartermaine's, as Kiki received an offer to help get Avery back. Luke continued to hold Valerie at gunpoint and forced her to admit Patricia was alive. Later, Valerie was found unconscious, as Luke aimed a gun at Tracy and Bobbie. After Nina and Franco's cases were heard in court both were released. Franco then blackmailed Olivia into giving them a Metro Court suite. Read our General Hospital Daily Recaps to hear what Duke and Sloane realized about Jordan.

The Young and the Restless:
Victor offered to buy Jabot but Jack refused him. He later told Phyllis Kelly committed suicide and gave her morgue photos, which she showed Jack. Ben learned the news and blamed Jack and Phyllis. As Leslie arrived in Genoa City to represent Neil, Adam and Chelsea drove to a meeting and ran out of gas. Chelsea talked about her love for Adam and afterward told Billy how 'Gabe' reminded her of Adam. Adam ran into Avery, who later noticed differences in Gabriel Bingham's signature. Elsewhere, Sharon claimed she took Austin's laptop to delete her interview, due to things she regretted saying about Nick. She confided in Mariah that Austin refused to delete her interview, which made her furious. Sharon went to tell Nick what she'd told Austin and found him naked with Sage. Meanwhile, Kevin hacked into Sharon's interview where she revealed a crime Victor covered for Nick, one that would've put him in prison. Read The Young and the Restless Daily Recaps to learn who received a cryptic message next. 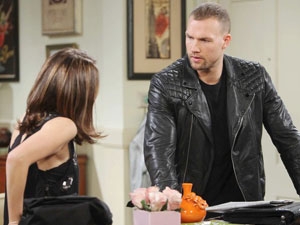 Maya and Nicole came to an understanding on “B&B.” Melanie had a major revelation on “Days.” Liz questioned the woman claiming to be Jake’s wife on “GH,” and photos of Kelly in a morgue surfaced on “Y&R.”

The Bold and the Beautiful:
Maya confirmed Nicole’s suspicions and explained how she never felt like a boy and always knew she was meant to be a girl. She remembered their mother’s belief that Maya would ‘grow out of it’. When Nicole asked about Maya’s baby, Maya admitted the child had been her boyfriend’s. Nicole wondered how Rick would feel to know Maya couldn’t have children. Maya refused to be ashamed and didn’t feel as though she was living a lie. Nicole agreed to take care of Maya if she took care of her. Liam accompanied Ivy to a meeting with Rick, who picked apart her jewelry line and changed its direction, wanting all future creations to accentuate Maya. Rick then offered Quinn her old job back. Bill visited Ridge to discuss Caroline and the Forrester takeover. Elsewhere, Deacon continued to keep his AA friend’s identity from Quinn. Read The Bold and the Beautiful Daily Recaps to find out how Deacon explained his feelings to Brooke.

Days of our Lives:
Parker caught Serena with the diamonds, which she hid in Daniel’s fireplace. Later, a man named Xander showed up at Serena’s, tired of her stalling tactics. He ordered her to take him to the diamonds until Eric appeared, welcomed him with a hug and made plans to meet for dinner. While Brady was released from the hospital, unaware why he had needle marks in both arms, Clint drugged Theresa and took her blood. He ran into Melanie on his way out and dropped two vials of blood. She didn’t notice one was labeled baby Black. Though he got rid of Melanie, she later returned to find Theresa alone with a needle mark on her arm. It wasn’t long before Melanie made a connection to Theresa’s pregnancy. Elsewhere in Salem, though Tori warned Paul to stay away from Sonny, he met with Sonny and made a confession about him and Will. Read our Days of our Lives Daily Recaps to learn how Daniel discovered JJ slept with Eve. 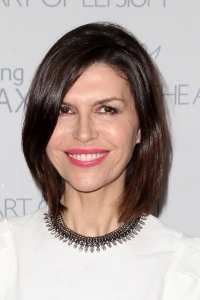 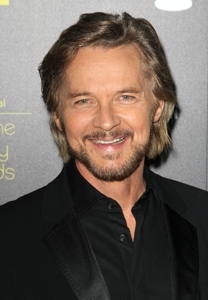