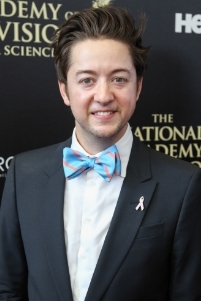 Mind games and mining for information.

The Bold and the Beautiful:
Things continue to bristle between Brooke, Deacon and Quinn as the two women try to expose each other’s bad sides. As things escalate for them, the plot against Rick hits some serious problems. Maya starts to become paranoid about what Nicole is up to and Eric refuses to accept Ridge’s relationship with Caroline. Meanwhile, Steffy spells out for Liam why they should get back together. Check out The Bold and the Beautiful Spoilers to discover what impression Ivy gets from Steffy.

Days of our Lives:
The fallout is quick in coming after JJ and Eve’s affair is revealed. However, things don’t pan out quite as bleakly as he was expecting. Meanwhile, the future continues to look dark for Will and Sonny while something from Tori’s past could cause an upset in the present. Across Salem, Serena sets her sights on Daniel and Theresa is outraged to discover that Melanie has been digging around in her life. Read the Days of our Lives Spoilers to find out who make a life-changing choice.

General Hospital:
As Sam digs for Jake’s identity, Liz tells him about her problems with Ric and Sloane offers him a deal. The custody case gets uncomfortable for Michael and Julian starts threatening to get involved. Meanwhile, Franco and Nina hatch a new plot that doesn’t go as expected while Maxie’s plans for her future continue to be upended by Spinelli’s actions. And it starts to look like what’s wrong with Luke could be even darker than anyone thought. Read Soaps.com’s General Hospital Spoilers to learn what extremes Carly wants to push Sonny to in Port Charles.

The Young and the Restless:
Nick feels so bad that it impresses Sage. Nonetheless, he insists to Avery that there is nothing more going on. Meanwhile, Phyllis and Christine taunt each other while Jack tries to keep a handle on things. His sister is appalled to discover that he’s cut a deal with Victor to sink Kelly. Across Genoa City, Victor gets busy offering Kelly a deal to ruin Jack. And Summer prepares herself to watch her dead husband’s video. Visit The Young and the Restless Spoilers and find out what Billy remains skeptical about. 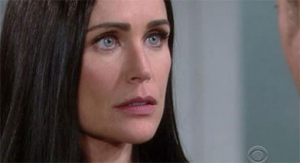