General Hospital:
Alexis professed her love to Julian. Meanwhile, Olivia told Ned she was pregnant with Julian's baby and planned to leave Port Charles to prevent him from finding out. Ned promised to stand by her and announced in front of Julian that he was her baby's father - not Julian. Alexis suspected Ned was lying. Over at Maxie's, Spinelli expressed his lingering feelings and wondered if they had a chance to be a family with their daughter. Speaking of daughters, Michael filed papers and sued for custody of Sonny's. Luke and Jake had brain scans at the hospital. Though a chip was found in Jake's brain, and removed by Patrick, Luke's was chip-free. Many believed Luke suffered from multiple personality disorder. Elsewhere, Nik ordered Helena to tell him who Jake was. After Helena handed over a box of Jake's things, she admitted he was Jason Morgan and forbade Nik from telling Sam. Read our General Hospital Daily Recaps to hear how Nik planned to deal with Helena.

The Young and the Restless:
Neil exposed Devon and Hilary's affair before the jet crashed. Everyone survived but Hilary was worse off and almost didn't make it. Back in Genoa City, Fen drugged most of the occupants at the Abbott cabin with a party drug. When Austin's dead body was found, Mariah recalled the events being similar to Plato's Sphere, which Kevin admitted he'd written. Over talk of covering up Austin's death, Mariah forced Abby to privately admit to having an affair with Austin. Jack and Kelly had sex at The Underground, as Avery landed in the middle of Joe and Dylan's fistfight. Victor caught Nikki drunk and Nick and Sage kissed as the roof caved in. Victor found Jack, saved his life then both men were trapped after more of the roof collapsed. Later, Dylan rescued Sharon and Faith after a car wreck, as Adam saved Connor before an explosion rocked the penthouse. He also pushed through the smoke and saved Billy. Read The Young and the Restless Daily Recaps to find out who noticed Adam's bullet wound.

Bill and Katie remarried on “B&B.” Hope had a shocking realization about Chase on “Days.” Jake’s true identity was revealed on “GH” and the private jet carrying the Winters clan crashed on “Y&R.”

The Bold and the Beautiful:
Katie convinced a hung-over Brooke to be her matron of honor, as Wyatt agreed to be Bill’s best man. At Forrester, Rick and Maya belittled Ivy and Aly over talk of Bill and Katie’s wedding. When the day came, Brooke used alcohol to get through the wedding, where Ridge and Caroline made their first appearance as a couple. Elsewhere, Deacon worried about Brooke’s excessive drinking and not having anyone to turn to but assured Quinn she had no reason to be jealous of her. Eric returned to town and told Rick he knew of all the changes he’d made since he left. Rick learned company sales had skyrocketed and was stunned to hear how proud Eric was of him as Forrester’s CEO. Read The Bold and the Beautiful Daily Recaps to find out what led to Steffy kissing Liam and how he reacted.

Days of our Lives:
Hope realized Chase killed his mother at the lake house. Aiden then confirmed a four year old Chase got a hold of Meredith’s gun, which accidentally went off. Justin returned to Salem and faced backlash from Sonny for not being around. While Justin and Adrienne spent time together at TBD, she spied texts assuming to be from his mistress, ran off and kissed Lucas. Paul visited Sonny and professed his love. Over talk of the guy Paul slept with, both men were stunned to learn he’d been Sonny’s husband, Will. Sonny soon confronted Will and later Paul revealed Sonny was his ex. Elsewhere, Melanie found a photo of Clint with Dr. Mandrake and uncovered that he was a fertility expert. Serena received a threatening call at home, warning her to switch the statues, no matter what the cost to Eric. She and Eric had sex and later Serena heard Eric had given away the statue. Read our Days of our Lives Daily Recaps to learn what Victor did to ensure the safety of his family. 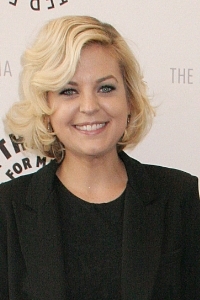