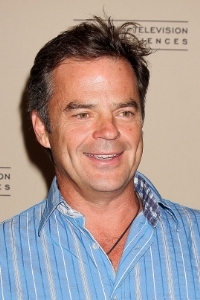 As the truth comes to light, some people head for a dark place.

The Bold and the Beautiful:
Brooke mopes after Ridge rejects her. She’s forced to pluck herself up when she has to attend Bill and Katie’s wedding. Ridge and Caroline show up to the event as a couple while Rick decides to stay away and spend the day with Maya. Meanwhile, Ivy’s future with Liam may not be as solid as she’d hoped. And Steffy leaves Liam with something to remember her by. Check out The Bold and the Beautiful Spoilers to find out who Eric chooses to support as CEO.

Days of our Lives:
Hope’s fears of Aiden finally come to a head when he confesses the truth to her. While she comes to term with what he’s really like, Paul is busy confessing he’s gay to everyone. He makes a more specific confession to Marlena that soon causes some major upset. Across Salem, Melanie turns to Serena and then Nicole when she needs help hunting for Dr. Mandrake. And JJ turns to Eve for comfort again while Lucas gets busy comforting Adrienne the moment before Justin returns. Read the Days of our Lives Spoilers to find out who upends Serena’s plans.

General Hospital:
While Alexis makes a confession to Julian, Ned opens up to Olivia. Later, the lawyer gets suspicious about Ashton’s actions. Meanwhile, Tracy continues to lash out at Luke. Desperate to understand what’s been going on, she starts digging into his past for an explanation. Across Port Charles, Jake is forced to make a major decision and Anna makes a move against Sloane. Read Soaps.com’s General Hospital Spoilers to learn who makes a shocking announcement.

The Young and the Restless:
Neil confronts Devon and Hilary over their affair. Pretty soon, Cane is forced to admit he knew about it, causing a rift with Lily just as their plane hits turbulence and crashes. Down on the ground, someone drugs Austin and he lands on his face. Across Genoa City, things aren’t panning out for Valentine’s Day as Joe offers Avery a gift, Nick questions Phyllis and Dylan notices Nikki stumbling around. Visit The Young and the Restless Spoilers and find out who Jack gives flowers.