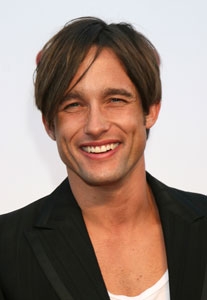 Fun fan events, a totally tubular Bayside reunion, readers polls and cast news – get it all in Soaps.com’s newsrooms for “The Bold and the Beautiful,” “Days of our Lives,” “General Hospital,” and “The Young and the Restless,” all updated regularly.

The Bold and the Beautiful:
A couple of past “B&B” actors reprised their famous Saturday morning “Saved by the Bell” TV roles in a blast-from-the-past reunion. Then get the latest news on the scary accident of a current actress and read about her outpouring of get-well wishes. And go back to the early 2000s when Rick Forrester was hit by a firetruck driven by Hector Ramirez, the father of a girl dating both Rick and Thomas who had a grudge against the Forresters. When Hector hit Rick on accident he did something in order to get Rick to tell him whether he had slept with his daughter Caitlin or not. Do you remember what it was? Vote in our Throwback Thursday poll, then vote about whether you’d like to see a new triangle with Steffy, Liam and Ivy. And were you as amused as Candace was by Brooke’s finger-snapping at Caroline in her weekly blog “B&B” Breakdown? Find it all in Soaps.com’s The Bold and the Beautiful News Room.

Days of our Lives:
South Carolina fans of Salem have just a few days to see their favorite “Days” actors in person, while everyone has the chance to see an old favorite in a new television movie, “Runaway Hearts.” And go back to 1985 when Hope Williams Brady was kidnapped by the Dragon after he chased her through the streets of London. Do you remember where Hope was when he caught her? Vote now in our Throwback Thursday poll, then vote about what you think should happen to WilSon’s relationship. And do you think Nicole needs to stop begging Daniel to take her back and just get to the bottom of Serena’s mystery like Christine does in her blog Deconstructing “DOOL?” Read it all in Soaps.com’s Days of our Lives News Room.

General Hospital:
It’s all about the fans. Not only are “GH” stars set to make in-person appearances all month long, the Port Charles faithful are being asked to participate with the show each Friday using a special social media hashtag. Plus, fans will make it possible to bring back an old character. Meanwhile, a formidable female from the General Hospital staff was seen in a commercial during the Super Bowl. Find out who by watching the video for yourself! And a new role’s recast had scenes that began airing, and another cast member’s side show’s final episodes were released online. Also, another primetime actor has been added to an upcoming crossover episode. Then vote in the Throwback Thursday Poll about the time in 1982 when Luke Spencer let the Haunted Star be the location of a fundraiser. Many people performed including Blackie Parrish and Eddie Phillips. Do you remember which member of the Rat Pack played Eddie? And did you finally see a spark between Sam and Jake like Dustin did? Get his weekly “GH” Rundown and more in the General Hospital News Room.

The Young and the Restless:
Staying on! A longtime mainstay of “Y&R” has renewed her contract. Meanwhile, one of the show’s young actresses has a new film about to premiere, while one of her co-stars will be returning to his primetime “Mistresses” role. Lucky Tampa-area fans will get the chance to cheer on the home team with a couple of actors from Genoa City. Then go back to 1996 when Dr. Tim Reid and Phyllis Romalotti took off for the Caribbean while Christine and Paul Williams were celebrating their honeymoon. Do you remember what Phyllis put in their bed to ruin their good time? Vote about it in our Throwback Thursday poll. And do you think Sharon’s blow-up at Mariah was a way to reset the tension between the two? Read Candace’s opinion about that storyline shift and more in her weekly blog, Restless Rant. Find it all in The Young and the Restless News Room. 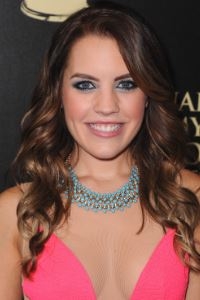