Reign:
In the CW's Thursday February 5 9:00 PM episode titled "Sins of the Past," King Antoine of Navarre reveals England's plan for revenge against France to Francis and Mary. Bash is led to a mysterious woman in white during his attempt to locate an 'undead' man in the village, and Catherine uncovers the reason for her hallucinations.

Supernatural:
One brother turns into his fourteen year-old self in the CW's February 3 9:00 PM episode titled "About a Boy." Tuesday episode teasers: Sam and Dean investigate a case where people disappear into thin air and leave their clothes behind. The truth reveals that Hansel (from Hansel and Gretel lore) kidnaps people and turns them into their younger selves, and Dean becomes his next victim.

The 100:
In the CW's Wednesday February 4 9:00 PM episode titled "Coup de Grace," there are brutal consequences when Bellamy and Lincoln attempt to sneak into Mount Weather. Abby fights to remain in control. Clarke steps up as a new leader, and Jasper confronts President Wallace and demands answers in regards to Monty and Harper's whereabouts.

The Flash:
Love is in the air in the CW's February 3 8:00 PM episode titled "Crazy for you." Tuesday episode teasers: Caitlin takes Barry for a night out at the local karaoke bar in an attempt to find love. Barry soon tells Iris about his upcoming date with a sports reporter for the Central City Picture News. Henry ends up in the infirmary after getting jumped. The team searches for a meta-human with teleportation powers named Shawna, as Cisco considers Hartley's dangerous offer.

The Mindy Project:
Vanessa Williams ("666 Park Avenue") has landed a guest-starring role in the FOX series as Dr. Phillips in episode seventeen titled "Danny Castellano is my Nutritionist." Seasion three of the romantic comedy will return with new episodes on Tuesday February 3 at 9:30 PM. Look for Williams' episode to air on February 24 at 9:30 PM.

Memorizing my part as Dr. Phillips for my first shoot day tomorrow #theMindyProject

The Originals:
Read The Originals Spoilers to find out who intrigues Rebekah, who sets out to stop Hayley and Jackson's wedding and more in the CW's Monday February 2 8:00 PM episode titled "Sanctuary."

The Vampire Diaries:
Read our The Vampire Diaries Spoilers to learn what Elena tries to convince Jeremy of, who helps Enzo and more in the CW's Thursday February 5 8:00 PM episode titled "The day I Tried to Live."

Two and a Half men:
In CBS' Thursday February 5 9:00 PM episode titled "Boompa Loved his Hookers," Walden doesn't want to jeperdize his adoption of Louis and debates breaking up with Ms. McMartin, and Alan isn't sure what to say when Lyndsey asks him to move in.

Soaps.com has a “True Blood” alum heading back to primetime for the week of February 2 as well as teasers, casting and more in our latest Primetime Dish column…

Arrow:
In the CW’s Wednesday February 4 8:00 PM episode titled “Uprising,” Team Arrow is forced to consider Malcolm’s offer. Felicity is against Roy and Laurel’s suggestion that the team accept help to rescue the innocents. Diggle is forced to make the final decision, and the reasons for the changes in Malcolm’s attitude become apparent.

Cougar Town:
On TBS’ Tuesday February 3 episode titled “Even the Losers,” Jules lends Travis money, which funds his new business. Andy loses his mayorship and sets out on a revenge mission with Ellie, and Grayson substitutes as a music teacher at Stan’s school.

Downton Abbey:
In PBS’ Sunday February 1 9:00 PM episode, while Rosamund is suspicious, Edith becomes desperate, and Branson is pressured. Charles Blake comes up with a plan, and Rose meets someone very handsome.

Glee:
In FOX’s Friday February 6 8:00 PM episode titled “What the World Needs Now,” Brittany and Santana have their work cut out for them, and Mercedes arrives and tries to convince Rachel to pursue dreams of being on Broadway.

Gotham:
In FOX’s Monday February 2 8:00 PM FOX episode titled “The Fearsome Dr. Crane,” Maroni takes Fish Mooney on a trip to test his loyalty after a secret is revealed surrounding Oswald Cobblepot. Gordon and Bullock go after a killer whose victims possess severe phobias, and Gordon is confronted by Bruce Wayne for his lack of progress on his parents’ murder case.

Grey’s Anatomy:
Read our Grey’s Anatomy Spoilers to find out who teams up to understand more about a patient’s tumor in ABC’s Thursday February 5 8:00 PM episode titled “The bed is too big Without you.” Soaps.com posts recaps after each episode airs.

Hannibal:
TVLine is reporting that Rutina Wesley (“True Blood”) has been cast to play a blind woman named Reba McClane. Look for her to first appear in the recurring role sometime during season three, which returns to NBC this summer.

Hart of Dixie:
It’s all about bringing people together in the CW’s February 6 8:00 PM episode titled “Bar-Be-Q Burritos.” Friday episode teasers: Zoe and Wade realize they need to earn more money in order to purchase the things for the baby’s arrival. Wade doesn’t want to stress Zoe out and lies about how the Rammer Jammer is really doing. He then books a surprise musical performance. Lemon and Lavon run into each other at a Singles Hoedown and realize how hard it is to move on with their lives.

Jane the Virgin:
In the CW’s February 2 9:00 PM episode titled “Chapter Twelve,” Jane’s big career break involves Rogelio and seems too good to be true. Rafael fears for his family’s safety due to Sin Rostro’s connection to the hotel, and Petra is saddened when she learns the truth about someone very close to her.

Ray Donovan:
TVLine has learned that Leland Orser (“Taken 3,” “Revolution”) has landed a recurring role in the Showtime series’ season three as Father Romero. Katie Holmes (“Dawson’s Creek”) will also recur in the role of a businesswoman named Paige. Stay tuned for the summer return date. 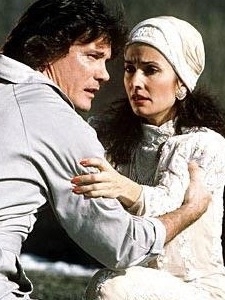 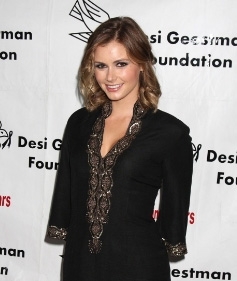