Games of Thrones:
Premiere date! The HBO series will return with season five on Sunday April 12.

Glee:
In FOX's Friday January 23 8:00 PM episode titled "The Hurt Locker Part One," Rachel proposes a deal to Will, which will insure his club doesn't do well at the invitational, and Sue meddles as well by hypnotizing Sam as a way to throw Rachel off.

Gotham:
In FOX's Monday January 19 8:00 PM episode titled "What the Little Bird Told him," Gordon plans to get his job back by capturing Jack Gruber, and Fish Mooney makes her next move, leaving Falcone fighting to stay in control.

Grey's Anatomy:
The wait is almost over, fans! Stay tuned and read our Grey's Anatomy Spoilers for details on when the ABC series will be returning from mid-season break, to which Soaps.com will resume posting recaps after each episode airs.

Hannibal:
TVLine is reporting that Richard Armitage ("The Hobbit" films) will play the role of serial killer Francis Dolarhyde aka The Tooth Fairy during season three. Stay tuned for the NBC series' mid-season return date.

Hart of Dixie:
Things are on the right track in the CW's January 23 8:00 PM episode titled "The Very Good Bagel." Friday episode teasers: Zoe and Wade finally start making progress in their relationship. Lemon asks Annabeth and Crickett to crash George's parents' lake house. George and Lavon rescue the girls from a fun night and make some major decisions about their love lives.

Jane the Virgin:
Mid-season return! When it rains, it pours in the CW's January 19 9:00 PM episode titled "Chapter Ten." Monday episode teasers: Jane is forced to stay at the Marbella during a hurricane, which soon becomes the least of her worries. Rogelio rushes to Xo's side after hearing about Alba's condition. Rafael is faced with making layoffs as part of his job reinstatement, and Michael tries his best to keep it a secret.

Renewed! The show will also be back for a season two, as the network will move forward with new episodes for its freshman series.

Mike & Molly:
In CBS' Monday January 19 8:31 PM episode titled "Support Your Local Samuel," Samuel receives a letter from his parents, who are having financial troubles, and debates moving back to Africa.

Mistresses:
Soaps.com reported back in October that Alyssa Milano would not be returning to play the role of Savi Davis during season three. Fans have wondered what Milano's exit will mean for the character, to which ABC President Paul Lee announced yesterday at the Television Critics Association Winter Press Tour that they have no plans to recast the role.

Reign:
Mid-season return! In the CW's Thursday January 22 9:00 PM episode titled "Getaway," Mary learns the Vatican is hunting Condé and takes action to save him. Bash is put at risk due to Francis' plan to stop the Dark Riders legend, and Claude learns of Catherine's ulterior motives.

Renewed! The historical drama will continue on with an upcoming season three.

Revenge:
Read Soaps.com's Revenge Spoilers to find out what Victoria and Emily are up to this time in ABC's Sunday January 25 10:00 PM episode titled "Kindred."

Shameless:
President of Showtime Networks Inc. David Nevins announced at the Television Critics Association's Winter TV Previews that the network's comedy has been renewed for season six. The series airs Sundays at 9:00 PM.

Supernatural:
Mid-season return! In the CW's Tuesday January 20 9:00 PM episode titled "The Hunter Games," Dean, Sam and Castiel search for a cure for the Mark of Cain. Rowena plots against Crowley, and Claire seeks revenge on Dean for killing her friend.

Renewed! Sam, Dean and the gang will be heading into season eleven, as the network has ordered more episodes of the series.

The 100:
Mid-season return! In the CW's Wednesday January 21 9:00 PM episode titled "Remember Me," a deal is struck between Clarke, Lexa and Indra. Abby and Kane realize decisions are out of their control. Raven cannot control her dark emotions. The newly formed alliance between the sky people and the Grounders is threatened. Clarke is haunted by a familiar face, and Monty concocts a risky plan.

Renewed! The CW has green-lighted its post-apocalyptic drama for season three.

The Flash:
Mid-season return! In the CW's Tuesday January 20 8:00 PM episode titled "Revenge of the Rogues," Leonard Snart AKA Captain Cold and his new hotheaded partner Mick Rory AKA Heat Wave return to Central City to steal a multi-million dollar painting. Cold also plans to set a trap for The Flash. Snart and Mick kidnap someone close to The Flash and anticipate a fierce battle of fire and ice. Barry asks Dr. Wells, Caitlin and Cisco for help. Iris sorts out the aftermath of Barry's confession, and Cisco prepares a new shield.

Renewed! Season two has been ordered for the CW's new series.

The Originals:
Mid-season return! Read The Originals Spoilers to find out what Klaus does to protect Cami from Vincent, who Rebekah turns to for help and more in the CW's Monday January 19 8:00 PM episode titled "Gonna set Your Flag on Fire." Watch a sneak peek of a scene with Klaus and Kol below.

Renewed! The CW will bring viewers more drama from New Orleans, as the show has been renewed for season three.

The Vampire Diaries:
Mid-season return! Read our The Vampire Diaries Spoilers to learn what confession Stefan makes to Enzo, who helps prepare Jo for the impending merge ceremony and more in the CW's Thursday January 22 8:00 PM episode titled "Woke up With a Monster."

In casting news… After this season's fourteenth episode, Steven R. McQueen, who plays Jeremy Gilbert, will be pushed back to recurring status as the character moves away from Mystic Falls.

Renewed! The show will move ahead with season seven, as the network has renewed the vampire series. 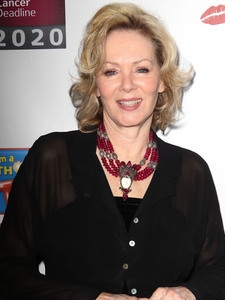 Soaps.com has numerous mid-season returning episodes for the week of January 19 as well as teasers, tons of renewals, premiere dates, casting and more in our latest Primetime Dish column…

Arrow:
Mid-season return! In the CW’s Wednesday January 21 8:00 PM episode titled “Left Behind,” Diggle and Arsenal protect the city in Arrow’s absence but fear the worst may have happened to Oliver. Merlyn pays the team a surprise visit and is asked a favor by Thea. Ray tests a part of his new suit, and Laurel takes up the mantle of the Black Canary.

Renewed! There will be more excitement ahead, as the network has renewed its series for season four.

Downton Abbey:
In PBS’ Sunday January 18 9:00 PM episode, Lord Gillingham and Mary’s love is put to the test. Bates faces a dilemma. A new friend is made by Cora, and an old one reunites with Violet. 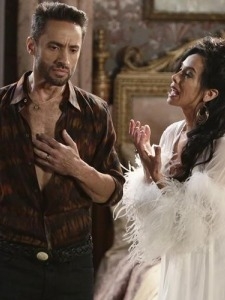 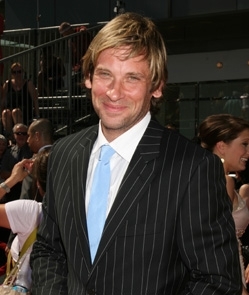