General Hospital:
Helena ordered Jake to kill Sam in Port Charles then was pleased to learn Nik agreed to infiltrate ELQ. As Helena informed Nik she knew someone's dirty little secret and blackmailed them into acting as a mole inside the company, Michael's assistant quit and Rosalie took her place. Meanwhile, Jake broke into Sam's place just as she and Jason headed to her bedroom. Fluke taunted Luke in the basement of the old Spencer house. When Michael and Bobbie arrived upstairs, Fluke confronted them and learned about Michael's plans for the clinic. Over in Pentonville, Sonny and Julian contemplated how to handle Fluke in order to protect their families. Sonny ordered Shawn to go after Fluke, which led Shawn to the Spencer house basement. Elsewhere in Port Charles, Felicia and Nikolas were suspected of election tampering. When the missing ballot box was found at Wyndemere, Spencer came forward and made a confession. Read our General Hospital Daily Recaps to hear who ended up winning the mayoral election and who was fired as a result.

The Young and the Restless:
Adam tripped up on details when Nick reminisced about their academy days and continued to irk Billy by his constant presence near Chelsea. At Jabot, Ashley warned Ben about Vikki using him to do Victor's dirty work. While Ben defended Vikki, Sharon ran into Adam, who later spent time with Connor. Victor told Joe he'd handle Dylan then went to Crimson Lights and offered to buy the coffeehouse. Dylan refused Victor and was later mugged, which landed him in the hospital. While Paul confronted Victor, Avery slapped Joe. Elsewhere in Genoa City, Neil confronted Hilary after finding her birth control pills. Hilary made up an excuse and lied in order to go away with Devon. Neil confided to Cane that his sight might be coming back but insisted it stay a secret. Phyllis planned a romantic surprise for Jack at the club and soon found Kelly in bed with him. Read The Young and the Restless Daily Recaps to learn how Jack lashed out at Kelly. 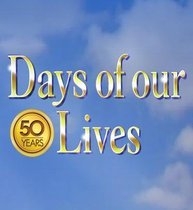 The Bold and the Beautiful:
Ridge confronted Rick for the way he’d been treating Caroline. Rick lashed out at Ridge but couldn’t admit he loved Maya. Elsewhere, Carter warned Maya that Rick was using her and asked if he’d professed his love yet. Maya admitted he hadn’t and later questioned Rick’s love for her. Rick ended up saying what Maya wanted to hear only after she pushed him into a corner. After they had sex, Rick took a video call from Carolina, who saw them in bed together. Caroline told Ridge what she’d seen. Ridge kissed Caroline passionately, told her it was time to walk away from her marriage and convinced her to give their relationship a shot. Read The Bold and the Beautiful Daily Recaps to find out how Rick came into possession of a gun and what relative of Maya’s arrived in town.

Days of our Lives:
Nicole received an anonymous call stating Serena was a fraud. Serena refused Nicole’s offer of a start fresh and took shirtless photos of Eric from her safe and vowed ‘not to mess it up’. Elsewhere, while Hope admitted to Jenn she loved and trusted Aiden, he threatened Bree again and later snapped at Hope when questioned about selling his beach house. Victor brought Sonny to the new club. When Sonny refused his gift, Victor convinced Rafe to run it, and Abe offered John a job at the Salem PD. Opening night at the new club was a success, leaving TBD dead. At the hospital, Jordan was stunned to publicly learn Clyde was the anonymous project donor. After she confronted him, Clyde threw Jordan on his bed, threatened her and accused her of killing her mother and his unborn son. Read our Days of our Lives Daily Recaps to learn why Paige slapped JJ across the face and who spied Brady and Melanie kissing. 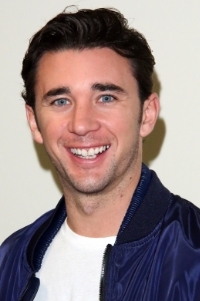 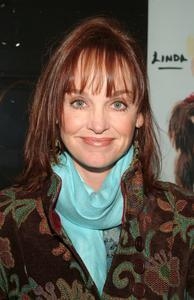