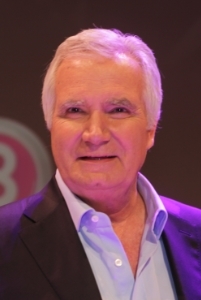 The Bold and the Beautiful:
Rick puts the pressure on Eric to place the seal on his takeover of Forrester. Eric starts to have second thoughts after Carter begins urging him not to sign off. While Carter moves on to encouraging Ridge to oppose Rick, Maya shocks Caroline by popping up at a board meet. And as Deacon tries to stop Quinn from making another bad choice, Ivy and Liam enjoy their first New Year’s together. Check out The Bold and the Beautiful Spoilers to discover what leads to Bill and Katie kissing.

Days of our Lives:
Melanie starts to stir up trouble between Jordan and Chad and then runs off to pay Gabi a visit. Meanwhile, Paul keeps causing friction between Will and Sonny. This is only made worse after Will discovers that his husband has been milking their account without his awareness. And, after dumping Paige, JJ is forced to give her an explanation about what he’s been doing behind her back. Read the Days of our Lives Spoilers to find out why Rafe is kicked out of the Salem PD.

General Hospital:
Jordan cooks up a convoluted story to keep herself from getting killed. As she loops Shawn into her plans, Carly finds herself being pulled closer to Jake. Meanwhile, the tension thickens between Alexis, Ned, Julian and Olivia as accusations of jealousy start flying. And Nathan’s plans to spend New Year’s with Maxie in Port Charles encounters some travel problems. Read Soaps.com’s General Hospital Spoilers to find out who opens up to Duke.

The Young and the Restless:
As Neil opens up to Phyllis, Nick starts to figure out what is happening with Gabriel. Things soon get ugly between Nick and Sharon. Meanwhile, Jack feels the pressure after Adam shows him his wound and this is only amplified by Kelly’s strange behavior. Across Genoa City, Adam tries making a move on Chelsea but is later thrown off after Sage turns on him. Visit The Young and the Restless Spoilers and learn what important choice Cane and Jill make.