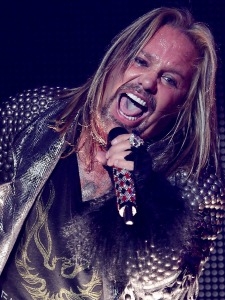 Soaps.com has a few shows returning from mid-season break for the week of December 29 as well as episode teasers, casting to include a former “General Hospital” actress to a popular CW series, a major recast and more in our latest Primetime Dish column…

Blue Bloods:
On Friday January 2 at 10:00 PM in the CBS episode titled “Sins of the Father,” Frank searches for evidence on a suspected cop killer, and Danny and Baez investigate some adult film star murders.

Hannibal:
Recast! TVLine has learned that Michael Pitt has been replaced with Joe Anderson (“The Divide”) in the role of Mason Verger. Stay tuned for the NBC series’ season three return date.

Hawaii Five-0:
On Friday January 2 at 9:00 PM in the CBS episode titled “Broken Dreams,” an old-school detective and the Five-0 must work together to solve the murder of a girl who was working secretly as an escort. Until then view this holiday message from the cast:

Jane the Virgin:
On Monday December 29 at 9:00 PM the CW will air a repeat of its October 27 episode titled “Chapter Three.”

Once Upon a Time:
Eion Bailey, who was last seen as August W. Booth in March 2013, will be bringing Pinocchio back beginning in episode fourteen titled “Enter the Dragon.” Also, Ernie Hudson (“Franklin & Bash”) has been cast to play Poseidon with JoAnna Garcia Swisher returning as Ariel in episode fifteen. Look for season four to return with new episodes at 9:00 PM on Sunday March 1.

Parenthood:
Show creator Jason Katims shared via Twitter that the NBC series will air its final episode on Thursday January 29, 2015. The sixth and final season was announced back in May.

Thank you to all the fans for 6 great seasons. Tune in to say goodbye to the Bravermans on 1/29. #ParenthoodFarewell pic.twitter.com/B4jdTzO9jB

Supernatural:
On Tuesday December 30 at 9:00 PM the CW will air a repeat of its November 25 episode titled "Girls, Girls, Girls."

The Flash:
On Tuesday December 30 at 8:00 PM the CW will air a repeat of its November 18 episode titled "The Flash is Born." Take a look at what's ahead when the series returns on Tuesday January 20.

The Good Wife:
In CBS' Sunday January 4, 2015 episode titled "Hail Mary," the Florrick/Agos/Lockhart team does everything in their power to help Cary, who hires a prison consultant. And Alicia prepares for the candidates' debate.

The Originals:
On Monday December 29 at 8:00 PM the CW will air a repeat of its November 3 episode titled "Red Door."

The Vampire Diaries:
Read our The Vampire Diaries Spoilers to learn about "General Hospital" alum Annie Wersching's (ex-Amelia Joffe) new recurring role, what upcoming episode will be directed by Ian Somerhalder (Damon) plus details into the series' January return.

This is pretty cool too… Who is directing the next episode?On set with him right now;) Thank you to all involved in the decision-making process for giving me the opportunity to do this-I am so grateful. I'll do my very verry very best not to screw it up?