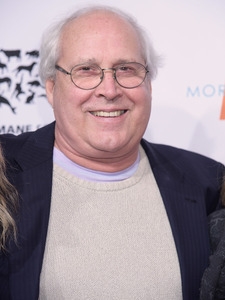 Soaps.com has more holiday episodes for the week of December 22 as well as a final season for one Syfy series, mid-season return dates, teasers, casting and more in our latest Primetime Dish column…

Community:
Though rumors have been swirling for a Chevy Chase return, there is still no concrete word on whether or not the actor who’s played Pierce Hawthorne since 2009 on the NBC series, will turn up during season six in 2015.

Continuum:
It has been revealed that Syfy will bring viewers a fourth and final season. Fans can expect six more episodes to air in 2015 on Syfy, as well as on Canada’s Showcase network. Rachel Nichols, who’s starred as Kiera Cameron since 2012, tweeted:

The rumor is true: #CONTINUUM gets a final, fourth season. Six episodes to be shot this spring and air in 2015…

Family Guy:
In FOX’s Sunday December 21 9:00 PM episode titled “The 2000-Year-Old Virgin,” Peter runs into Jesus at the mall and learns he’s a virgin. Quagmire and Cleveland are asked to help Peter find a way to end Jesus’ celibacy as a way to celebrate his birthday.

Gracepoint:
Canceled. FOX has decided not to bring back its freshman series, which received low ratings throughout season one.

Grey’s Anatomy:
Read our Grey’s Anatomy Spoilers to find out when the ABC series will return from winter break with all-new episodes. Soaps.com will be back posting recaps after the show airs.

Merry Madagascar:
On Wednesday December 24 at 9:30 PM the CW will air a repeat of its November 28 animated special featuring the voices of Ben Stiller, Chris Rock and David Schwimmer as Alex, Marty and Melman respectively.

Mike & Molly:
In CBS’ Monday December 22 8:31 PM episode titled “Tis the Season to be Molly,” Mike and Carl find themselves in the back of a stolen truck, which threatens to break Mike’s promise to be home for Christmas Eve dinner. Molly becomes irritated with Vince, who messes with their holiday traditions.

Mr. Magoo’s Christmas Carol:
On Wednesday December 24 at 8:00 PM the CW will air a repeat of its 90-minute animated adaption of the Charles Dickens classic.

Pretty Little Liars:
Read Soaps.com’s Pretty Little Liars Spoilers to find out what the Liars continue to do in order to get justice in ABC Family’s Tuesday January 6 8:00 PM episode titled “Through a Glass, Darkly.”

Revenge:
Read Soaps.com's Revenge Spoilers to find out who works to protect those close to him in ABC's Sunday January 4, 2015 10:00 PM return episode titled "Epitaph."

Sleepy Hollow:
TVLine has learned that Jaime Murray ("Defiance") will turn up during season two's episode fourteen titled "Kali Yuga" as a corpse-inhabiting evil spirit. The FOX series airs Saturdays and Mondays at 9:00 PM until its return with new episodes in its original Monday time slot on January 5, 2015.

The 12 Dogs Of Christmas:
On Thursday December 25 at 8:00 PM the CW will air the holiday tale surrounding a girl who teaches people the true meaning of Christmas.

The Vampire Diaries:
Read our The Vampire Diaries Spoilers to learn when the CW series will return from its mid-season break, to watch a promo for what's to come and stay tuned for more spoilers as they are released.

Get to know Michael Trevino (Tyler) as he answers fan questions, including what his character's favorite food is to order at The Mystic Grill. "Buffalo wings and I want an extra buffalo sauce on the side."