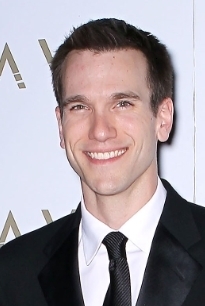 In order to stay up-to-date with all the latest events, news and happenings from “The Bold and the Beautiful,” “Days of our Lives,” “General Hospital,” and “The Young and the Restless,” visit Soaps.com’s regularly updated newsrooms.

The Bold and the Beautiful:
A “B&B” actress and her husband are putting on a Christmas production. Could it possibly include some lemon bars? A former cast member has sad baby news, and we send our deepest condolences. And a departing cast member will be recast -some fans are happy, others not so much. And it was back in 1999 when Rick Forrester was tested for a sexually transmitted disease. Do you remember which one he was tested for? Vote in our Throwback Thursday poll, then vote if you think Ivy should leave town or not. And see if you agree with Candace that Quinn’s anguish over Hope losing the baby was very moving in her weekly blog “B&B” Breakdown, all in Soaps.com’s The Bold and the Beautiful News Room.

Days of our Lives:
The great-grandchildren of “Days” royalty will be popping up in Salem for a Christmas-themed episode, along with another new cast member. A current actor pleaded guilty to a recent accident. And go back to 1975 when “Days of our Lives'” Neil Curtis took action due to gambling issues. Do you remember what he did? Vote now in our Throwback Thursday poll, then vote about who should be worried about a call from Sami’s producers. And do you agree with Christine that there has to be more to Melanie’s story that we just don’t know about yet in her blog Deconstructing “DOOL?” Read it all in Soaps.com’s Days of our Lives News Room.

General Hospital:
The men of “GH” will visit fans in Canada, and a current actress said goodbye to the show. An actor who turns up in Port Charles every once in a while appeared in a primetime guest spot as a stripper, another sporadic actress reunited with old cast members from “Knot’s Landing,” and yet another sometimes-seen actor has been cast on a popular HBO crime drama. Then vote in the Throwback Thursday Poll about the time in Port Charles in 1981 when Alex Quartermaine came to have possession of the Ice Princess statue. Do you remember who gave it to her? And do you agree with Vi that the Sam kidnapping and Faison escape was a big farce? Read her thoughts about that and more in her weekly “GH” Rundown, all in the General Hospital News Room.

The Young and the Restless:
The “Y&R” cast is all over Twitter – see what they posted. Then go back to 1997 when Miguel Rodriguez met and fell in love with Veronica Martin in Genoa City. She ended up dying in his arms – do you remember how? Vote about it in our Throwback Thursday poll. And see if you are feeling as meh as Candace with Victoria’s fading love connections in her weekly blog, Restless Rant, all in The Young and the Restless News Room.