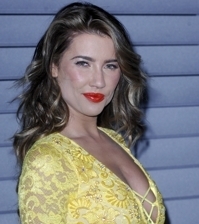 Soaps.com has all the latest events, news and happenings from “The Bold and the Beautiful,” “Days of our Lives,” “General Hospital,” and “The Young and the Restless” in our regularly updated newsrooms. See what’s new!

The Bold and the Beautiful:
A “B&B” fan favorite is returning to the show. A current show producer was confirmed into a new political position, one Senator John McCain is very unhappy about. And it was back in 2002 when Erica Lovejoy set her sights on Rick Forrester and was aided in her quest by Sheila Carter. Do you remember who told Rick the truth about them? Vote in our Throwback Thursday poll. Then see if you agree with Candace that Deacon’s conversation with Liam was a highlight thanks to his one liners in her weekly blog “B&B” Breakdown, all in Soaps.com’s The Bold and the Beautiful News Room.

Days of our Lives:
A recently-departed show icon will be unharnessing some riding skills, while another former actress will appear in a holiday movie with Molly Ringwald and Chevy Chase. There’s sad news of the passing of a veteran “Days” writer. Then go back to 1983 when Trista Evans’ past followed her to Salem and she was tragically murdered. Do you remember what was found next to her body? Vote now in our Throwback Thursday poll. And do you agree with Christine that the writers seem to have forgotten who the real Chad DiMera is in her blog Deconstructing “DOOL?” Read it all in Soaps.com’s Days of our Lives News Room.

General Hospital:
One “GH” alum is set to host “Saturday Night Live” and another will appear on “Nashville.” A former actor has published a new novel, and a current actress’ upcoming web show has a new promo video – watch what happens! And fans of the show will be able to see a number of their favorite cast members at an upcoming fantasy weekend. Then vote in the Throwback Thursday Poll about the time in Port Charles in 1985 when Anna came to town wearing a fake scar. Do you remember when Robert learned it wasn’t real? Then vote about one thing you’d like to never see in Port Charles again. And do you agree with Vi that all the major storylines are stuck on repeat, and Silas is playing a fool? Read her thoughts about that and more in her weekly “GH” Rundown, all in the General Hospital News Room.

The Young and the Restless:
A “Y&R” actress is offering up a tour of the set for a fundraiser. A longtime actor faced family tragedy, and a former actor was severely beaten helping a stranger. Then go back to 1982 when the mob wreaked havoc for many in Genoa City. Do you remember who was kidnapped? Vote about it in our Throwback Thursday poll, then vote about which resident will recognize Adam first. And see if you agree with Candace that it’s possible Nick could drop his custody pursuit while sniffing around trying to find Sage in her weekly blog, Restless Rant, all in The Young and the Restless News Room.