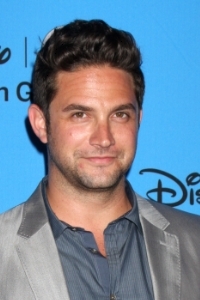 Competition and jealousy lead to mischief.

The Bold and the Beautiful:
Bill pushes Wyatt to control his mother after she ruins Hope’s baby shower. Justin pitches in to help him get a restraining order. Even Liam gets in the mix and Hope admits to him that she wishes things could have been different. As Ivy thinks about leaving town, Bill makes a confession to Katie. And Maya nearly says a lot more than she ought to. Check out The Bold and the Beautiful Spoilers to discover what Caroline is feeling now.

Days of our Lives:
Brady winds up rescuing Mel from the mess she’s in, but that also means she can’t hide her mischievous deeds any longer. While she and Theresa start to battle it out, Sonny gets into a fight with Chad over the business. Rafe decides his fight against Clyde needs some reinforcements and turns to Victor. Across Salem, Eric and Serena catch up on their past while Ben and Abby share some holiday romance. Read the Days of our Lives Spoilers to find out who has a breakthrough in therapy.

General Hospital:
Prison life isn’t going to be comfortable for Sonny when he discovers that Johnny is running things there. Sonny worries about his relationship with Carly, who is already feeling distracted by Jake. Sam’s got feelings of her own about him and starts to dig into his identity. It seems like everyone in Port Charles is digging for information on where Franco and Nina are. And Alexis demands some answers from Julian about Ric. Read Soaps.com’s General Hospital Spoilers to learn who helps Ned get over his problems.

The Young and the Restless:
As Victor and Jack compete for a Christmas tree, Ashley tries to sober Ben up and winds up giving him a lot more than a cold shower. Meanwhile, Kelly contemplates leaving but decides to stay so Phyllis can’t win that easily. Across Genoa City, things get awkward when Hilary catches Gwen on a date with Devon. And things end up getting more awkward at Jabot when Jack decides to fire Stitch. Visit The Young and the Restless Spoilers and find out what happens after Kevin threatens to tell Lauren the truth about his brother.

‘Nuclear Family’ Review: An Indie Director Explodes Public Opinion of Her Family From the Inside-Out