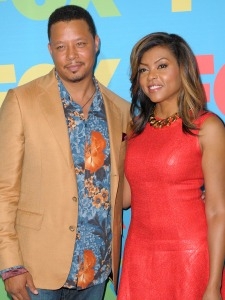 Soaps.com has some holiday episodes for the week of December 8 as well as episode teasers, finales, premieres, casting and more in our latest Primetime Dish column…

Arrow:
In the CW’s Wednesday December 10 8:00 PM episode titled “The Climb,” Nyssa returns to town with a warning for Oliver, who has forty-eight hours to find Sara’s killer or risk the lives of the citizens of Starling City. Laurel’s father gives her a gift in the form of her mother, and Ray tries to make things right with Felicity.

Bob’s Burgers:
Holiday episode! In FOX’s Sunday December 7 9:30 PM episode titled “Father of the Bob,” Bob is forced to visit his dad’s diner for the first time in twenty years after receiving a Christmas party invite, and the kids compete for the best homemade gift in hopes of winning the ‘mistle-tony’ award.

Grey’s Anatomy:
Read our Grey’s Anatomy Spoilers for details on when the show will return from winter break, to read the winter finale recap and more. Soaps.com will be back posting recaps after the show airs.

Hawaii Five-0:
Holiday episode! In CBS’ Friday December 12 9:00 PM episode titled “Ke Koho Mamao Aku (Longshot),” the Five-0 travels to the Big Island for Christmas. Max and a rival medical examiner are forced to team up when a cowboy is poisoned, and Danny is pressured into stealing a Christmas tree.

A special message from the White House. https://t.co/YxFcHfA5qy

Parks and Recreation:
Final season. The NBC series returns with new episodes on Tuesday January 13 at 8:00 PM. Double episodes will air throughout until the series finale on Tuesday February 24.

Pretty Little Liars:
Read Soaps.com’s Pretty Little Liars Spoilers to find out what puts a damper on the holiday spirit in Rosewood and more in ABC Family’s Tuesday December 9 8:00 PM first-ever Christmas special titled “How the A Stole Christmas.”

Supernatural:
On December 9 at 9:00 PM the CW will air its episode titled “The Things we Left Behind.” Tuesday episode teasers: Jimmy’s daughter Claire convinces Castiel to break her out of a group home. However, when she runs away Dean and Sam are asked to help locate her, and Crowley is faced with a huge challenge.

The 100:
In the CW's Wednesday December 10 9:00 PM episode titled "Long Into an Abyss," Abby plans to protect her people from the Grounders at all costs and is faced with a desperate decision when Clarke comes up with a bold plan. Bellamy and Octavia reveal a dangerous secret at the drop ship. Jasper and Monty question the motives of their new friends, and Dr. Tsing conducts a deadly experiment.

The Flash:
On December 9 at 8:00 PM the CW will air the episode titled "The man in the Yellow Suit." Tuesday episode teasers: Barry finds himself face-to-face with the man who killed his mother, the man in the yellow suit a.k.a. Reverse Flash. Dr. Wells and Cisco come up with a plan to trap the Reverse Flash, who manages to escape. Dr. Tina McGee is asked to help with their mission, as Joe ends up in the crossfire. Iris is filled with holiday cheer and receives a surprising gift from Eddie - one that could change her life.

The Librarians:
On Friday December 12 at 8:00 PM the CW will air the two-hour special event based on the series surrounding an ancient organization hidden beneath the Metropolitan Public Library. Rebecca Romijn ("King & Maxwell"), Christian Kane ("Leverage") and John LarroQuette ("Almost Human") star.

The Originals:
Mid-season finale! Read The Originals Spoilers to find out who opens up to Davina, which sibling works with Klaus to take their mother down and more during the holiday reunion in the CW's Monday December 8 8:00 PM mid-season finale episode titled "The Map of Moments."

Watch Matt Davis, who plays Alaric Saltzman, as he answers fan questions and hints, "I don't think so... more like guidance counselor."