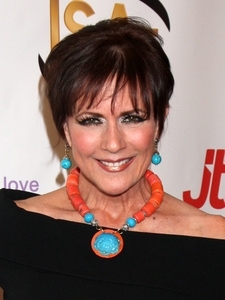 In our latest column, Soaps.com has some updates surrounding the careers of former soap stars of daytime canceled soaps “All My Children,” “Another World,” “As the World Turns,” “Guiding Light,” “Loving” and “One Life to Live.”

Soap hunks make People’s Sexiest list.
Chris Hemsworth (“Thor”) was announced as People magazine’s Sexiest Man Alive for 2014. Did you know that a few current and former daytime actors also made some of the categories? Find out which soap opera alums from “All My Children,” “As the World Turns,” “B&B,” “Guiding Light” and “One Life to Live” joined General Hospital’s Nathan Paevey in various categories.

Abigail Spencer and Leven Rambin team up on HBO.
“All My Children” alums Abigail Spencer (ex-Becca Tyree, 1999 to 2000) and Leven Rambin (ex-Lily Montgomery, 2004 to 2010) will be teaming up for season two of HBO’s “True Detective.” Both actresses have landed recurring roles, Spencer as Alicia with Rambin as Sophia. The crime drama stars Matthew McConaughey (Detective Rust Cohle) and Woody Harrelson (Detective Marty Hart) and their seventeen year hunt for a serial killer in Louisiana. Look for the premiere sometime in 2015.

Stephanie Gatschet expecting baby girl.
Stephanie Gatschet is no stranger to daytime and has had roles on “Guiding Light” (ex-Tammy Winslow, 2002 to 2008) and “All My Children” (ex-Madison North, 2009 to 2011). Though she hasn’t turned up in any new roles as of late, the actress did announce via her Instagram that she is expecting her first baby.

Well friends… the proverbial cat is out of the bag… Our little girl is on the way! ? #newadventures #20weeks #halfwaythere

Checking in with a few Another World actors.
Soaps.com poster mbbtmb wondered what the actors who played “Another World’s” Vicky Hudson, Jake McKinnon and Cass Winthrop have been up to these days. Though we have touched base on Tom Eplin’s (ex-Jake) recent happenings over the past few months in previous Where Are They Now articles, we can tell you where Stephen Schnetzer (ex-Cass) has been spotted. The actor appeared as Dr. Cass Winthrop on the series “Homeland” in 2013 and most recently turned up in the series “Forever” as Lawrence Forester in the October 28 episode titled “New York Kids.” As for the actresses who played Vicky, there were five of them Jensen Buchanan (“Everwood,” “General Hospital”), Cynthia Watros (“Finding Carter,” “Y&R”), Anne Heche (“The Legend of Korra,” “Wildcard”), Rhonda Lewin (“Boomerang”) and Ellen Wheeler (“All My Children,” executive producer for “Guiding Light”) – all of which have gone on to do other things (most recent credits included above).

Lorenzo Lamas publishes memoir.
Lorenzo Lamas, who had a two year run on CBS' "The Bold and the Beautiful" as Hector Ramírez, will release his memoir Renegade at Heart on December 9 through BenBella Books. Fans will get a glimpse of rare, never before viewed private photos as they take the journey through the highs and lows of Lamas' life as a man and an actor ("Grease," "Renegade," "Falcon Crest"). The book will be available through online venues and in bookstores. Look for the actor to take part in "The Celebrity Apprentice 7," which premieres on January 4, 2015.

What happened to Loving's Noelle Beck?
Soaps.com Facebook friend Sarah C. wondered what the actress who portrayed Trisha on "Loving" has been up to lately. Noelle Beck played "Loving's" Trisha Alden from 1985 to 1995 then went on to appear as Lily Snyder on "As the World Turns" from 2008 to 2010. In between that time, the actress had roles on numerous series such as "Spin City," "Sex and the City," "Law & Order" and "Rescue Me" to name a few. Over the past couple of years Beck has turned up on "Person of Interest," "Made in Jersey," "Elementary," "Innocence" and played Mrs. Kydd on the CW's "The Carrie Diaries" from 2013 to 2014.

Farah Fath prepares to leave the single life behind.
Farah Fath ("One Life to Live's" ex-Gigi Morasco, "Days of our Lives'" ex-Mimi Lockhart) and professional poker player Phil Galfond are engaged! The actress shared with Soap Opera Digest how a twelve page love letter and a special bottle of wine led up to the delivery of a three-carat diamond engagement ring. Though they currently live in Vancouver, the couple plans to marry in Vegas next year at the home they've designed.

I have SO much to be thankful for today!@PhilGalfond wants to marry me for starters. My scrumptious niece, my best friend & sister @FabFath

...the rest of my family, my health, my dogs.. And thank you to all those that congratulated Phil & myself! We so appreciate the kind words

Sorry guys...I have some awful news: PG is off the market. Engaged to the smart, funny, talented, incredible & (secretly) sweet @FarahFromKY