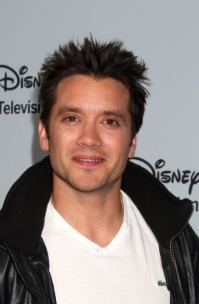 At bay and on the loose.

The Bold and the Beautiful:
Feeling the pressure from her baby shower, something finally clicks in Hope’s brain and she realizes what actually happened between her and Liam. Meanwhile, her future with Wyatt could be in jeopardy thanks to Quinn. As Bill warns Wyatt to keep his mom at bay, Deacon warns Quinn to stay away, but it could be too late. Check out The Bold and the Beautiful Spoilers to discover what desperate move Wyatt undertakes to ensure his happiness.

Days of our Lives:
Sonny and Will’s relationship continues to erode, but they’re hardly alone in that department. Clyde and Jordan keep battling over his ongoing presence. Rafe’s more concerned about the fact that she’s getting mixed up with Chad. Meanwhile, Eve drags Theresa into her bid to keep JJ and Paige apart while Melanie’s happy reunion with Brady is cut short when her past catches up with her in Salem. Read the Days of our Lives Spoilers to find out who enjoys making Kate squirm.

General Hospital:
As Julian comes clean with Jordan about what’s really going on, Alexis is busy breaking some big news to Molly. Nikolas is thrown off guard by some surprising news of his own. Meanwhile, Silas and Ava have it out and Madeline pops up to throw some threats at her sister. Across Port Charles, Dante stumbles on some new information about Luke while Sonny runs into an enemy. Read Soaps.com’s General Hospital Spoilers to learn who has an apology for Michael.

The Young and the Restless:
Summer lashes out at Sharon and vows to keep Nick safe from her. As she goes off to find him, Ben looks forward to the DNA results coming in. When he gets to the hospital, Billy waltzes in. It turns out that Billy is the father. This doesn’t go down well with Victor. Across Genoa City, the latest news about the development causes increased friction between Jill and Colin. Visit The Young and the Restless Spoilers to find out what happens when Sage realizes that Adam knows Nick.