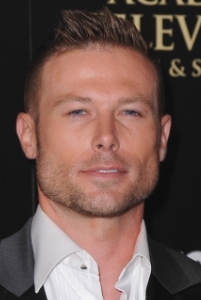 Some plots go sideways while others hit their end.

The Bold and the Beautiful:
Maya pushes Rick to leap into the CEO position at Forrester. Once he takes the helm, he immediately causes some major upsets for Caroline and Ridge. She remains determined to try and salvage things with her husband. Meanwhile, Katie and Bill bond about their past while Deacon tries convincing Quinn not to interfere with Hope’s future. That doesn’t stop her from nagging Wyatt. And Taylor pops up, worried that Aly has been speaking to her dead mom. Check out The Bold and the Beautiful Spoilers to discover what Liam decides to do about Ivy.

Days of our Lives:
After Brady lashes out at Kristen, she makes some nasty plans for Theresa. Across Salem, Chad ruins Ben’s plans for Abby and the men nearly come to blows. Meanwhile, Bev causes a rift between JJ and Paige that drives him into doing something shocking. And Daniel and Nicole start to heal their broken friendship. Read the Days of our Lives Spoilers to find out who Jordan pulls a gun on.

General Hospital:
As Nina’s revenge plan spirals out of control, Franco’s plans slowly inch their way toward completion. Michael tears across town to confront Sonny with his new suspicions. Meanwhile, Anna throws her latest suspicions of Duke in his face. As he searches for an alibi, Port Charles is rocked by another shooting. This leaves Julian vowing to do whatever he has to in order to protect Alexis and her family. Read Soaps.com’s General Hospital Spoilers to learn who goes on the hunt for Nina.

The Young and the Restless:
When the wedding day arrives, Nick wonders where Summer has disappeared to. Of course, he doesn’t know what Victor has discovered about her. The mustache is soon talking to Jack about it. As Summer worries about Phyllis, Kelly tries getting Traci to reassure her about Jack. Across Genoa City, Sharon and Phyllis are rocked by flashbacks until they can’t ignore what happened any longer. And Joe has something for Avery. Visit The Young and the Restless Spoilers and find out what Hilary is expecting.