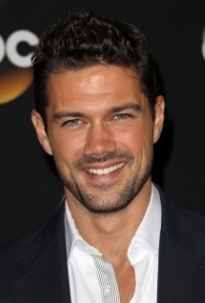 More losses and some big returns.

While some lash out, others turn upset into advantage.

The Bold and the Beautiful:
After Rick lashes out at Ridge, Maya is sure to be by his side to give him some ‘support’. The kerfuffle between the men forces Eric to reconsider his choice of CEO. Ridge has to come clean with Katie about what happened with Caroline. She remains determined to fix things with Rick. Meanwhile, Halloween provides the opportunity for Ivy and Liam to get closer. Check out The Bold and the Beautiful Spoilers to discover what Deacon and Quinn agree on.

Days of our Lives:
Sami’s departure upsets the lives of several people in town, but Ciara does her best to cash in on it. With her time winding down, Kristen makes another push for Brady but it backfires. That’s not the only relationship finally being put to sleep either. Jenn finally kills any hope of a Dannifer reunion. Across Salem, Chad steals a kiss from Jordan and Aiden’s plans for Hope hit a snag when someone from the past suddenly returns. Read the Days of our Lives Spoilers to find out who Kristen turns to for comfort.

General Hospital:
Sonny’s paranoia continues after Michael tells him he knows who killed his father. The boss’ plans for Franco soon hit another problem and Shawn winds up sidelined. Meanwhile, Scott throws a bachelor party for his son while Carly tries to nag Michael into leaving his hunt for AJ’s killer alone. Across Port Charles, Maxie and Nathan look for a way to get out of their latest predicament and Sam gets some bad news. Read Soaps.com’s General Hospital Spoilers to learn what shocking stunt Nina pulls.

The Young and the Restless:
Nick worries about his mom and her new meds. Nikki’s more worried about her next drink but has a fight with Victor to tide her over. Meanwhile, Ben begs Victoria for a chance to come clean and make things right for her. He heads off to sort things out with Maureen while Cane tries to get some answers out of Joe about his business. Across Genoa City, Kevin overhears Michael saying something and gets the wrong idea. Visit The Young and the Restless Spoilers and find out what has Lauren and Jill worried.