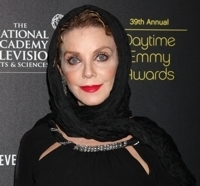 Don’t miss a single casting announcement, poll or fan event for everyone from “The Bold and the Beautiful,” “Days of our Lives,” “General Hospital,” and “The Young and the Restless” all in Soaps.com’s news rooms, updated regularly.

The Bold and the Beautiful:
Get a sneak peek of some visiting houseguests from one famous reality show, while a former “B&B” actor advances on another. A fan favorite from the show was eliminated from an overseas competition. And it was back in the mid-2000s when Aly Forrester rebelled against Taylor Hayes getting close to her father Thorne. Do you remember how she found out Taylor was responsible for Darla’s death? Vote in our Throwback Thursday poll. And see if you agree with Candace that Deacon will not be able to ignore Hope’s ultimatum in her weekly blog “B&B” Breakdown, all in Soaps.com’s The Bold and the Beautiful News Room.

Days of our Lives:
A “Days” actress announces her departure from Salem and arrival on an online soap, but a brand new character will arrive in town soon. Then go back to 1976 when Mickey Horton learned that Michael Horton was not his son, but fathered by his brother Bill. Mickey and Bill fought over a gun and Bill was hit – do you remember where? Vote now in our Throwback Thursday poll. And see if you think Jordan’s secret fell as flat as Christine did in her blog Deconstructing “DOOL,” all in Soaps.com’s Days of our Lives News Room.

General Hospital:
Some “GH” stars popped up on a popular daytime talk show, and one of them has been pulling double duty as an entertainment show correspondent. A former actress from the show has nuptial news while a current fan favorite has landed a recurring role in primetime. Vote about what gift Carly deserves for her wedding, then vote in the Throwback Thursday Poll about the time back in 1981 when Helena Cassadine cursed Luke and Laura on their wedding day. Before that, do you remember what matching gifts the newlyweds got that morning? Then see if you agree with Vi that Jason might actually snap to it before Carly’s wedding to Franco in her weekly “GH” Rundown, all in the General Hospital News Room.

The Young and the Restless:
Two soap vets gear up for their “Y&R” arrivals, while some of the current show stars were on multiple talk shows. An actress prepares for a “B&B” crossover. Then go back to 1999 when Gary Dawson stalked and kidnapped Victoria Newman. Do you remember where she was ultimately found? Vote about it in our Throwback Thursday poll, then let us know who your favorite Phyllis is. And see if you agree with Candace that despite the show’s improvement, there are certain plot devices that need to be retired in her Restless Rant, all in The Young and the Restless News Room.