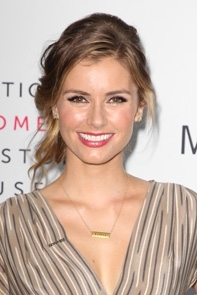 Don’t miss a moment of what the cast members from “The Bold and the Beautiful,” “Days of our Lives,” “General Hospital,” and “The Young and the Restless” have been up to in Soaps.com’s regularly updated news rooms.

The Bold and the Beautiful:
One former “B&B” actor is scheduled to take the stage down under while another keeps dancing stateside. A fan favorite progresses in an Italian competition. And it was back in 1995 when Megan Conley first began working at Forrester Creations. Over her tenure she became trusted by many and had a variety of friends. Do you remember who she was most close with? Vote in our Throwback Thursday poll, then vote about whether Katie and Bill should give it another go. And see if you share Candace’s concerns about Ridge’s intentions in her weekly blog “B&B” Breakdown, all in Soaps.com’s The Bold and the Beautiful News Room.

Days of our Lives:
A former “Days” actor clears up a return rumor while a current fan favorite announced her last air date. Then go back to 1990 when Bo mourned the loss of Hope after the two of them got mixed up with Ernesto Toscano on his yacht in the Mediterranean. The yacht tour had a name – do you remember what it was? Vote now in our Throwback Thursday poll. Then, let us know about your favorite Ejami moment. And see if you agree with any of Christine’s ideas of what might become of EJ now that we are all made to believe he’s dead in her blog Deconstructing “DOOL”, all in Soaps.com’s Days of our Lives News Room.

General Hospital:
A “GH” actress has written a television pilot and an upcoming reading will feature many of the show’s stars. Another actor from the show is set to appear in a new movie, and a former actress will star in another. And let us know your answer to the Throwback Thursday Poll about the time back in 1987 when multiple Port Charles residents headed to Biscayne Island to bargain with freedom fighters for the release of Eric Ingstrom. Do you remember who ended up paying the ransom? Then see if you agree with Vi that Sonny’s list of revenge killings could be getting a bit unmanageable in her weekly “GH” Rundown, all in the General Hospital News Room.

The Young and the Restless:
An old “Y&R” character is coming back to Genoa City, and a former actor has been booked on a primetime show. A late night talk show host discusses auditioning for the show – see the video! Then go back to the 1980s when Nikki planned to reunite Victor with his immediate family, but learned his father was dead. Years later, the patriarch turned up alive and Victor was able to tell him how he really felt. Do you remember how it went? Vote about it in our Throwback Thursday poll. And see if you agree with Candace that Chloe’s return for the anniversary of Delia’s death brought some new baby-related mystery to town in her Restless Rant, all in The Young and the Restless News Room.